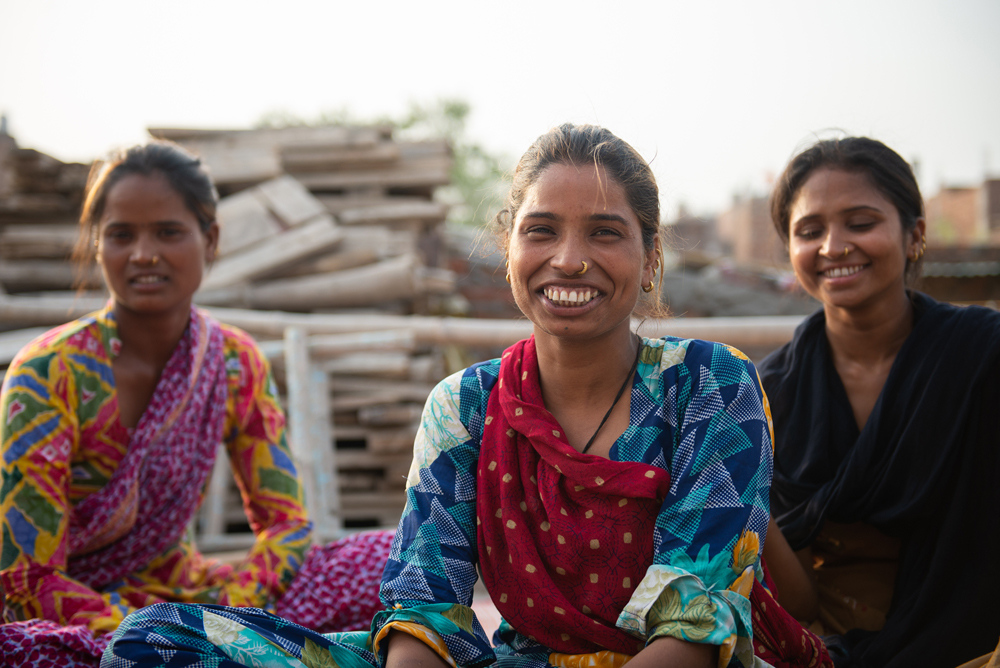 18-year-old Sonam looks much older than her age. Her childish giggles that she tries so hard to hide are the only vestiges of her remaining childhood.

Struggle was all that Sonam knew as she grew up. At the age of 4, she and her friends roamed about the streets of Delhi, begging for money or food. “Sometimes, we would get beaten up by strangers. But that was our only way to get food,” recalls Sonam. “There were times, we picked food from the dustbin and ate them,” she continues.

Sonam recalls how she and her siblings were deprived of parental care. Her parents would get drunk and seldom bothered about the children.

“Our mama or papa never even asked if we had food. It was our duty to fend for ourselves. Mum would use the vegetables that we picked from the trash from local markets, to make one meal a day, that too, when they weren’t in the drunk state,” says Sonam. At other times, the children survived on random acts of kindness from total strangers.

“School was something unthought-of. We had no idea of what school or education meant. In fact, we didn’t even know to hold a pen” she continues.

When she turned 10, Sonam and her friends entered into another arena of work, what they thought was more dignified than begging. Rag picking.

Sonam and her friends would leave the house around 5:00 in the morning, walk for more than 5 km, pick the rags and sell them for money. That helped them make around Rs. 50-100 a day.

When World Vision India started working in Sonam’s community, it wasn’t really easy for the staff. “We were looked upon like aliens. No one understood that we have come here to actually help their children. No one co-operated with us. It took time for them to trust us,” says Rajni, a World Vision India volunteer, working with us since 2002.

Parents were given awareness on the need to take care of their children. Through de-addiction programmes, they were encouraged to give up on alcohol. They were taught the importance of educating their children. Hygiene and cleanliness education was given.

These programmes have had a huge impact in the lives of people. Sonam’s parents are testimonials to this fact. They gave up drinking. Her father, Rajendra, now works as a lemon-seller and earns about Rs. 2500 a month. Her mother looks after the house. 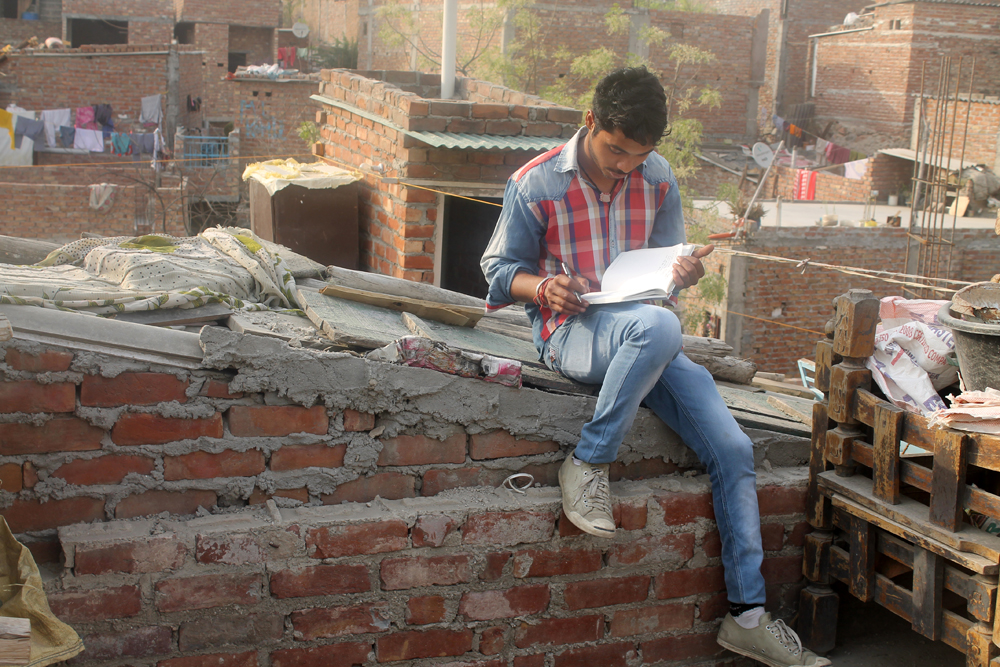 Sonam’s brother, Amar, is now in class 10. He is the first in his generation to complete the 10th grade. An achievement to be celebrated! He also completed a one-month computer course.

If you’d meet this well-groomed and well-mannered Amar, it is hard to imagine the miserable circumstance that Amar was brought up in.

“I was like an animal. Very rude and angry. I would seldom bathe and was always unclean. Thanks to the staff at World Vision India, my life has changed. Through hygiene awareness programmes, I learned to be clean. Today, I don’t speak bad words. I concentrate on my studies,” says Amar.

World Vision India brought in a lot of benefits that helped in personality-building and changing the lives of children like Amar.

Amar was enrolled into a non-formal education (NFE) center run by World Vision India in his community. “My father never wanted me to study. Padkar kya hoga (what will happen on studying?) is what he often asked. Today, he encourages me to keep moving forward.”

Non-formal education centers cater to the needs of school dropouts or children who have never been to school. They are given age-appropriate education in a manner that these children can understand. Once they are able to learn what is taught, they are enrolled in a formal school.

Amar was registered in the 3rd grade of the formal school. However, he still continued to attend the NFE center for extra coaching.

“The best part is that World Vision India staff never gave up on us, even when we were extremely non-co-operative and exceptionally rude,” recalls Amar.

“Awareness programmes on education and hygiene, health camps for children, non-formal education, special coaching, livelihood assistance, parental counselling –  all these interventions, changed our lives” says Amar. “I developed dreams for my life and most importantly the courage to follow them.” 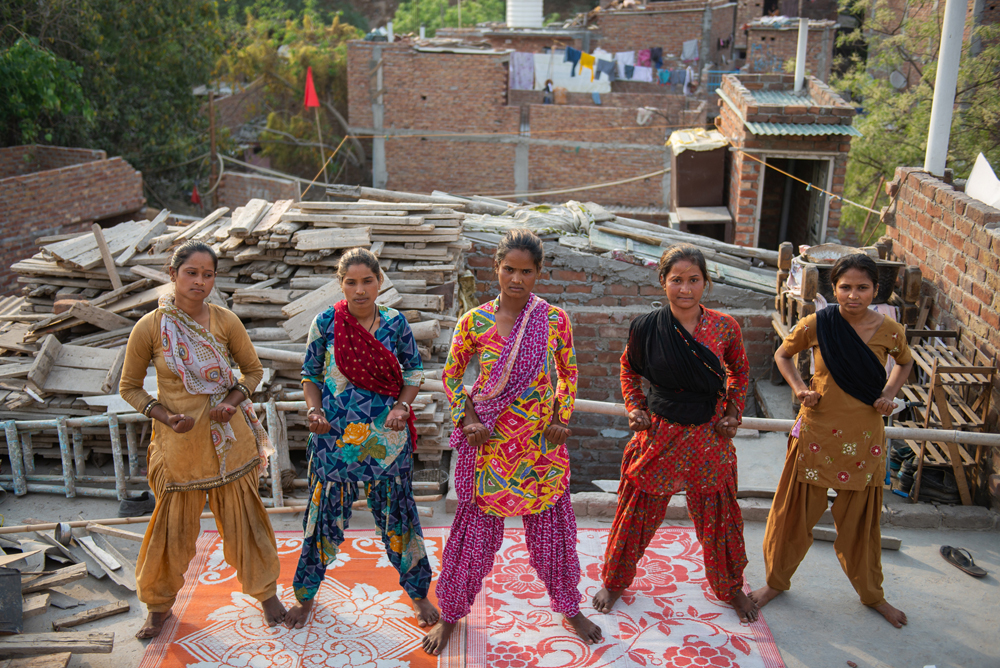 Sonam and her friends were given self-defence training as part of Child Protection Initiative. “Our safety is now in our hands. We feel confident and we are not afraid to go anywhere. We are also teaching other children what we learnt” says Sonam.

Sonam is the President of the Child Parliament, a responsibility she is proud of. “As a President, I ensure that children in my community go to school and study properly. The Child Parliament members meet twice a month and they talk on various issues such as child rights, community hygiene, problems in the community, etc.

“Child marriages have stopped. And we are so grateful. I am 18 and I would’ve probably been married off and a mother of two children, if not for World Vision India” says Sonam.

Owing to the many programmes, children now have the hope of a future. And that’s exactly what happened in Sonam’s case. And her brother’s Amar’s case. And in the lives of thousands of children we serve.

Sonam’s other siblings, Suman and Sikhender, too got into schools and are hopeful of a promising future.

“If not for World Vision India, today all of us would be chewing gutkha and living with no purpose in life. I can’t imagine how things would’ve been. We are so thankful for this change,” signs off Sonam.

Sometimes, change is physical – a new school bag to a child or a school with new infrastructure. Sometimes, change is social – a group of children, men and women learn together and give up on their age-old wrong practices and work towards a common goal. But the most important change happens within individuals – when hope is birthed in every heart.