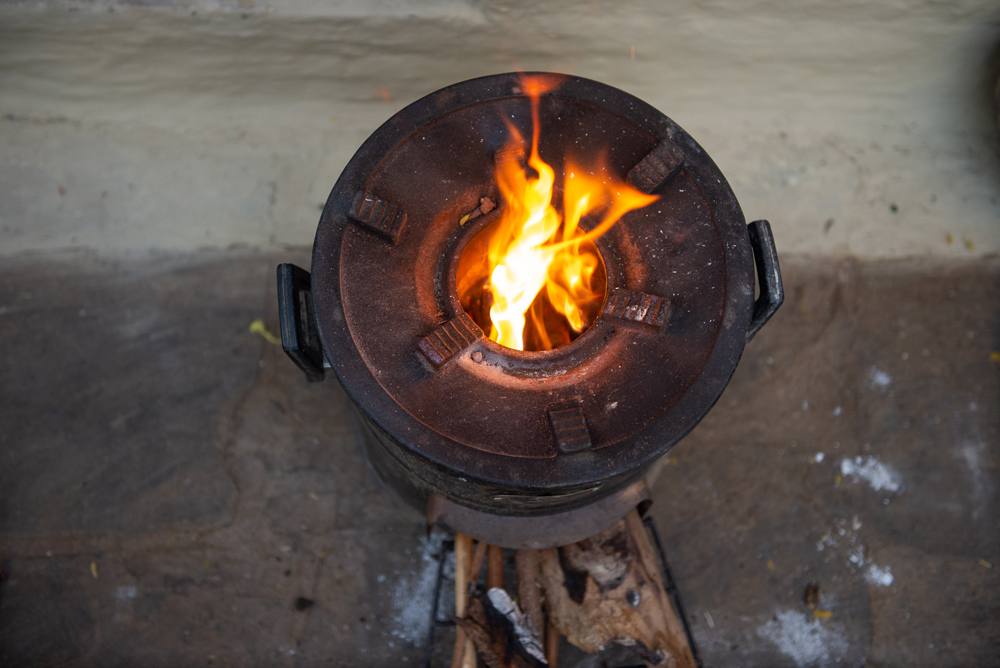 In 12 villages at Lalitpur District of Uttar Pradesh, fuel-efficient cook stove has found its way into the heart of 1200 homes. This is a major shift from the traditional Chulha that consumes piles of wood and is the most common cooking apparatus in rural homes of India. This could have profound impact in tackling deforestation and solving indoor air pollution in this part of the Bundhelkhand region, an area with a long history of drought. 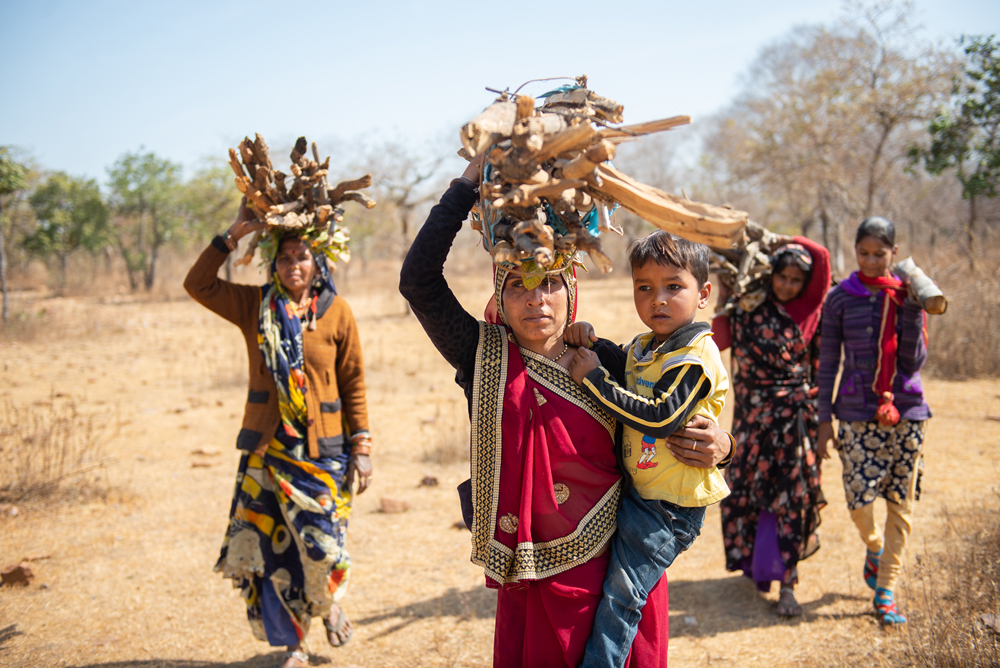 Rajkumari (36), a mother of two, often walked the forest trail with 20 kg load of wood on her head. She only collected fallen branches, but this was a monotonous job that didn’t generate any income; it was just for survival. She spent four to five days a week collecting firewood from an ever thinning forest close to her village. The average consumption of wood per family in her village is around 200 kg per month. The locals believe this to be the major factor for deforestation. 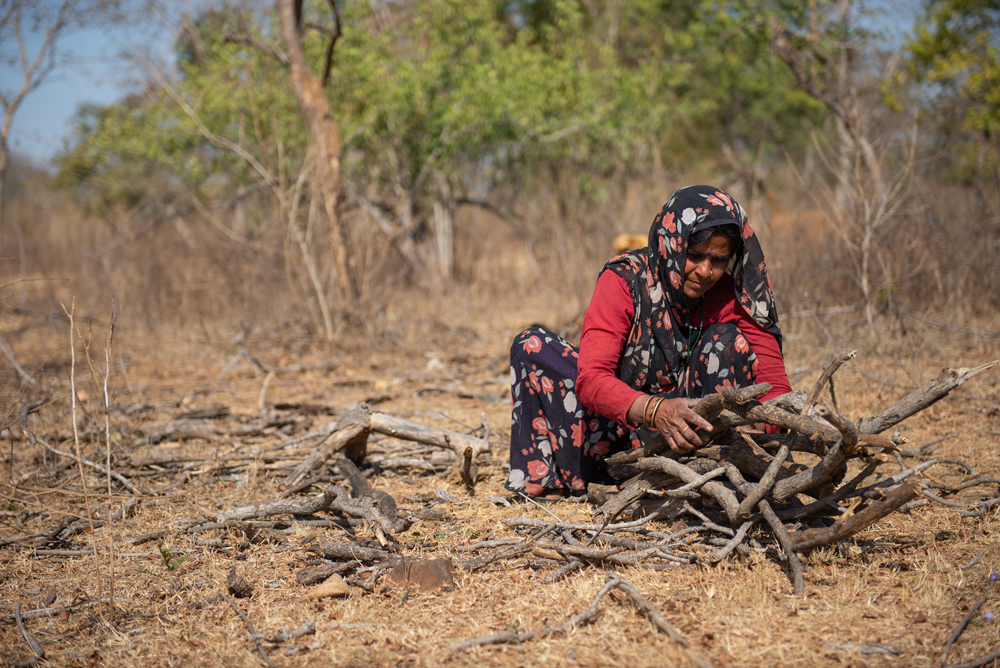 Gaumabai (55) has lived long enough to see the landscape change in front of her eyes. She has seen the forest shrink and the ground water recede. Over time, they have had to walk further from the village to collect firewood. According to a World Vision India’s survey, 51.54% of 1200 households walk more than 4 km to collect firewood.

“When we were young, we were afraid of going to town alone. There were forests with leopards and bears and we travelled in groups to be on the safer side. Now, the forest have shrunk and our wells have dried up. We have very little trees now,” said Gaumabhai.

70.50% of beneficiaries agree that their surrounding areas had dense forest 30 years back. Today only 0.36% believe that they have had dense forest covers. The locals are of the opinion that degrading forest have major impact on different aspects of their lives such as availability of water and food production. 89.69% believe that deforestation has reduced agricultural productivity, whereas 65.64% believe they now have to walk longer distance to fetch firewood. 94.79% are of the opinion that deforestation has reduced water availability in the region.

Deforestation, indoor pollution and climate change are all linked through a complex system. The use of Chulha for cooking raises major health and environment concerns. Chulha is the major contributor of air pollution in rural India. Out of 7 million deaths from pollution every year, China and India accounts for 4 million of indoor and outdoor pollution. Every year 3.8 million deaths are estimated as a result of household exposure to smoke from dirty cook stoves and fuels. Chulha produces carbon dioxide, methane and particulate matter that contributes to global warming. The traditional Chulha consumes tons of wood, which is an unsustainable way of life, in a region already ravaged by drought.

Few months back, Rajkumari’s daily chore revolved around collecting firewood for the family. Her husband, Bhaginath, is a farmer and spent his day in the field, leaving the wood gathering job to her. In the scorching heat of Bundelkhand sun, this is no small feat. 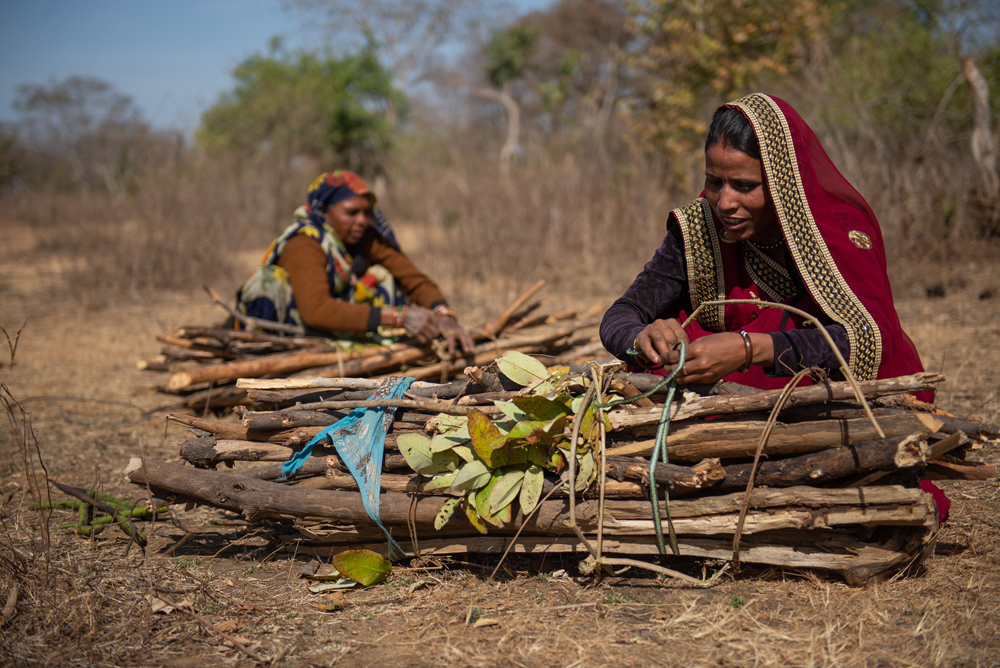 “Collecting firewood is at times more difficult than working in the farm. We leave home early, walk 4-5 km and return home with loads of wood late in the evening. I’m unable to spend time with my children as I’m away most days collecting wood,” said Rajkumari.

Rajkumari’s daughter Roshni, 15, and son, Rishab, 5, too have felt the impact of indoor pollution one way or the other. The family of four cook, dine and sleep in a shared one-room space. Smoke from cooking makes it hazardous, especially for children.

According to WHO, around 93% of the world’s children under the age of 15 years (1.8 billion children) breathe polluted air every day, that puts their health and development at risk. WHO estimated 600,000 children deaths in 2016 from acute lower respiratory infections caused by polluted air, making air pollution one of the biggest killers of children under 5 years of age.

“It burns like a gas and doesn’t collect soot. It also saves time as it cooks faster. Earlier I had to go 4–5 days a week to collect firewood, now I have to go twice a month to collect firewood. I can now spend more time with my children, even while cooking,” said Rajkumari. She also said that earlier her children were unable to study inside the house because of smoke.

Hundred percent of fuel-efficient cook stove users said that they have benefited from it. The stove gives off much less smoke compared to a Chulha. This has improved air quality in their homes. Individuals with respiratory problems have already started reaping the benefits of using the stove. 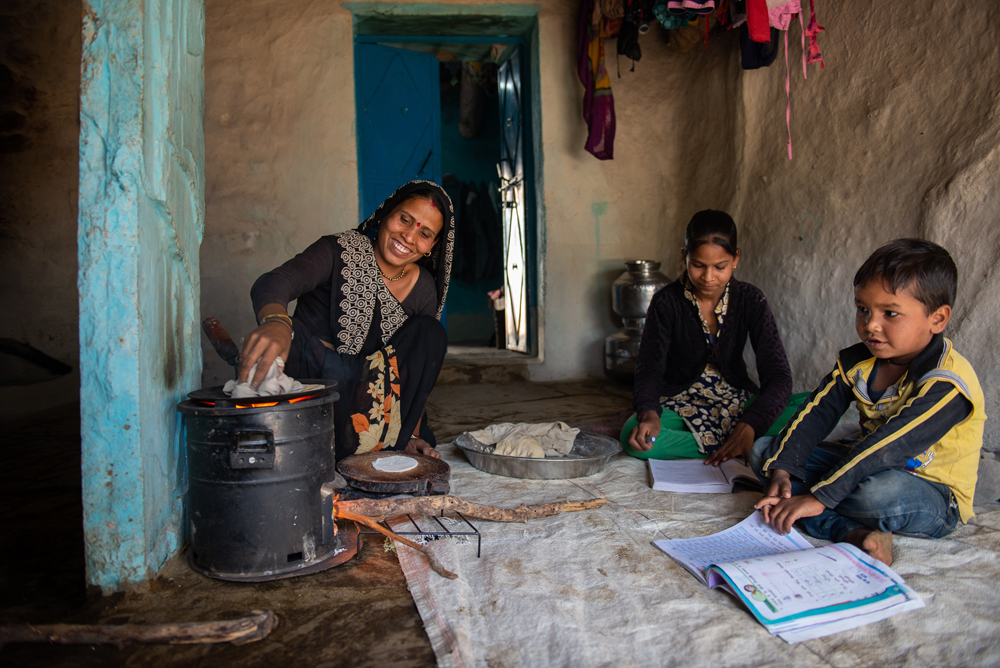 To measure the intangible impact of fuel-efficient cook stoves, World Vision India carried out indoor air quality testing through High Volume Air Sampler. Twenty households were chosen randomly in 10 villages and each test was run continuously for 24 hours. Indoor air quality sampling was done before and after the introduction of fuel-efficient cook stoves and the result is quite encouraging.

The average particulate matter (PM2.5) in Chulha used homes shows an alarming 129.91 µg/m3 which is much higher than the safe limit of 100µg/m3. People with lung and heart diseases, children and older adults are at a greater risk from exposure to particles in the air. In fuel-efficient cook stove homes, the reading is in the moderate range of 78.99 µg/m3.

Carbon Dioxide index dropped from 786.80 ppm to 387.70 ppm, whereas particulate matter (PM10) fell from 237.19 µg/m3 to 177.76 µg/m3. The fuel-efficient cook stove not only improved air quality, but as the indicators suggest, it can also reduce the impact on global warming as there is significant reduction in the emission of carbon particulate and greenhouse gases from the homes.

95% of the beneficiaries felt that the cook stoves have helped their children in their education by allowing parents to spend more time with their children in studies. 98% mothers are positive of reduced smoke emission in their homes, and report 50% reduction in the firewood fuel consumption.

Rajkumari recalled the time her father owned many fruit trees. After he passed away, the trees too died due to neglect. She believed the forests are not different. “As a child, we would not take water along with us when we went to the forest to collect woods. Water was available everywhere,” said Rajkumari reminiscing bygone days.

Cutting forests for firewood and farming had ruptured the ecosystem and set off a chain reaction. Fuel-efficient cook stove has shown itself to be capable of solving many of these problems in rural Lalitpur, where the balance between the land and the people is a delicate one.