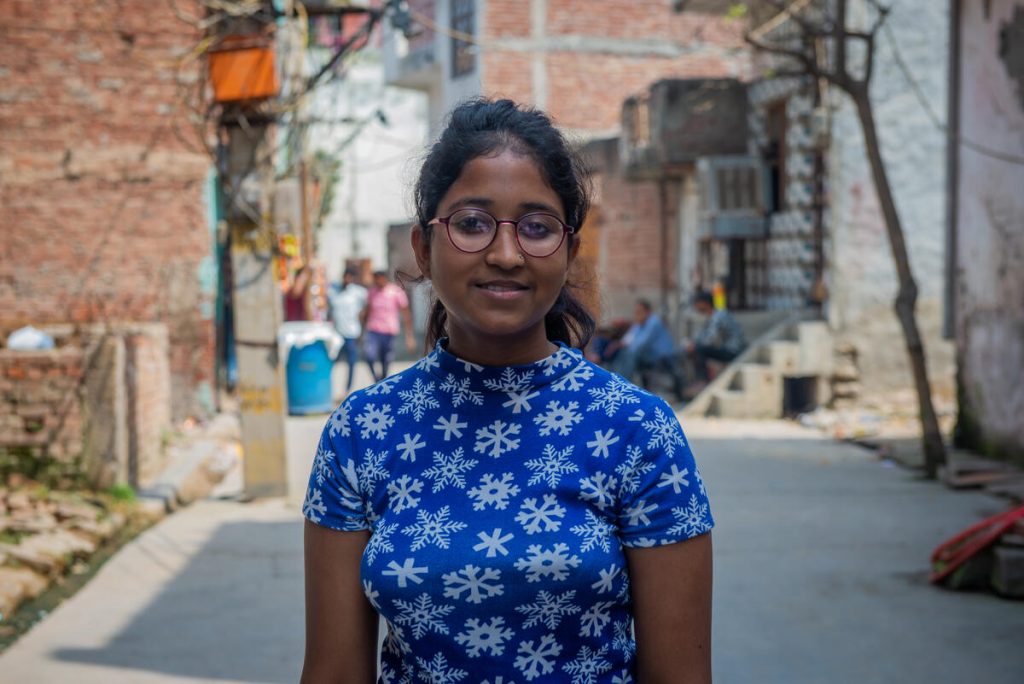 “I want to grow up to be a Civil Servant and serve my community at a level that I can’t do now,” asserts Sudha, a sponsored child of World Vision in Delhi, India. This bubbling 14-year-old is already leading change in her community for women and girls and her inspiration has been just one entity – her sponsorship.

Sudha’s parents moved to the bustling city life over 20 years ago to earn a little higher income than they would earn in the village. Her father, Santhosh, earns a meagre income of INR 400 – 500 per day at a clothes shop in Delhi’s marketplace, while her mother, Pinky, is a homemaker.

When Sudha first became a sponsored child, she was only 6-years-old. She recollects that her very first activity as a sponsored child was attending a children’s group meeting in her community. “At the children’s group, I learnt about my rights and I felt involved in something big and important”, says Sudha, adding that she turned from a shy and fearful girl to a confident-outspoken girl in just a few years from then.

At the very start, Sudha used to think to herself – ‘what can I achieve alone by myself? Or what can I achieve being a girl?’ But as she kept learning about her rights, she became increasingly confident each passing day. She began speaking openly and expressing her thoughts easily.

Sudha’s passion to serve others rose from the Children’s Parliament sessions that she attended ever since she was sponsored. When she joined the children’s parliament, she learnt all the things that she advocates for today. She learnt about the issues that women and girls face in their community. “That is when I questioned why these things happened more with girls or women, while boys didn’t face them. Girls should also be made aware. When I learnt about our rights and all that we can do, I went and shared it with other girls and women,” she says. 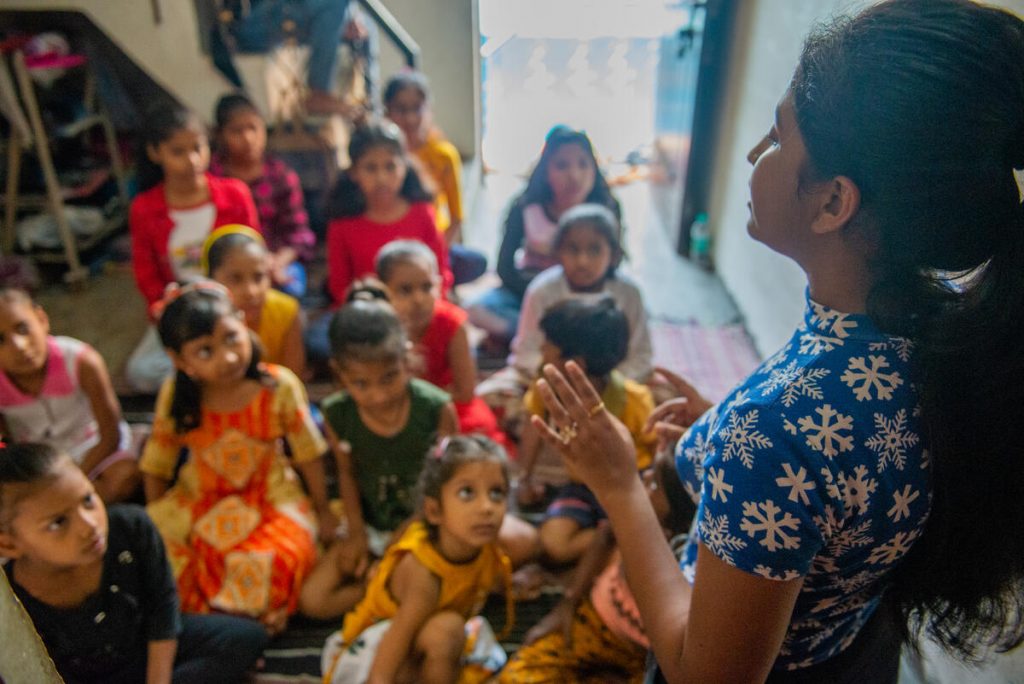 When Anjali, a girl from her community, began working in a factory during the pandemic, Sudha and the Child Protection Unit in the community immediately visited her home and counselled her parents to stop sending her for work and help her continue her education. Soon, Anjali’s parents realised that Anjali’s education was getting affected and sent her back to school.

Sudha has been at the forefront of her community, looking at the best interests of girls and women and helping them cope with tough situations. In another instance, Sudha promptly reported a case of domestic violence to the Child Protection Unit. She noticed that this girl wasn’t playing out with friends all of a sudden and became aloof. So she took the Child Protection Unit members and went to the girl’s place. While the girl was initially reluctant to share anything, she eventually opened up and shared that her father was beating her at home. The CPU members explained to the girl’s father that he shouldn’t be beating a small girl and that he should educate her. The girl’s father realised his mistake and stopped beating her after that.

Sudha shares about her passion, saying, “After I joined children’s group and child parliament, I realised that there are so many people out there who need help – not just me.” Adding that her aim is to empower women and girls with knowledge about their rights, so that they live empowered lives.

Sponsorship has not only empowered Sudha to be a change-agent in her community, but it has also eased the financial burden in her family. Eldest of three daughters, Sudha has seen her parents struggle to make end meets.

Education supplies like books, bag and stationary that she received from World Vision helped her continue her studies without any difficulty, because her father didn’t have to spend money on her education.

Earlier, her father would also stop Sudha and her younger sisters, Neetu (11) and Kanak (8) from going outside because they are girls. However, ever since her parents attended parenting trainings provided by World Vision, his understanding regarding their rights and abilities has changed. Now he allows them to go out without hesitation.

Sarita, a World Vision Volunteer, proudly shares about Sudha’s efforts and says, “She actively advices people, especially girls and women, to know their rights. She also began teaching self-defense techniques to other women and girls in her community after she received the training from World Vision.”

Sudha is leaving no stone unturned as she pushes boundaries to ensure girls and women in her community are empowered. She’s also working hard to become a civil servant, so that she can go on to do good to more people.

“One advice I would like to give other children is to set a goal and work towards it diligently, no matter what problems they face,” she concludes with a smile. 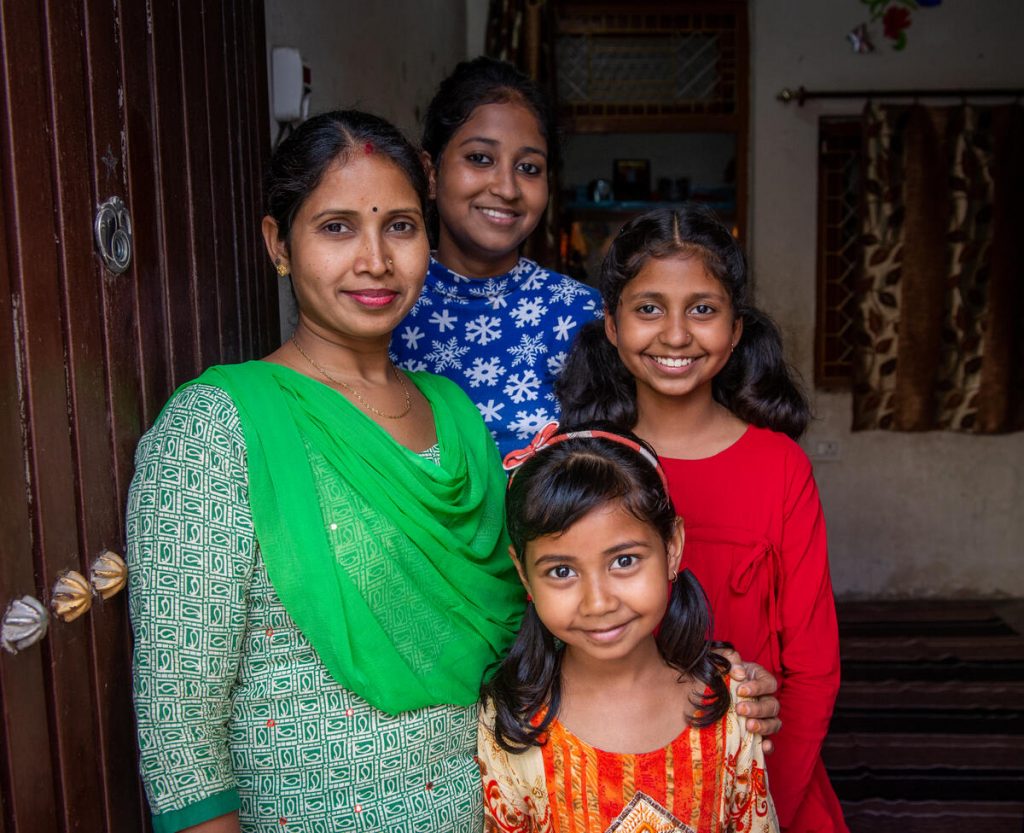 4 thoughts on “ Sudha Transforms One Life at a Time”