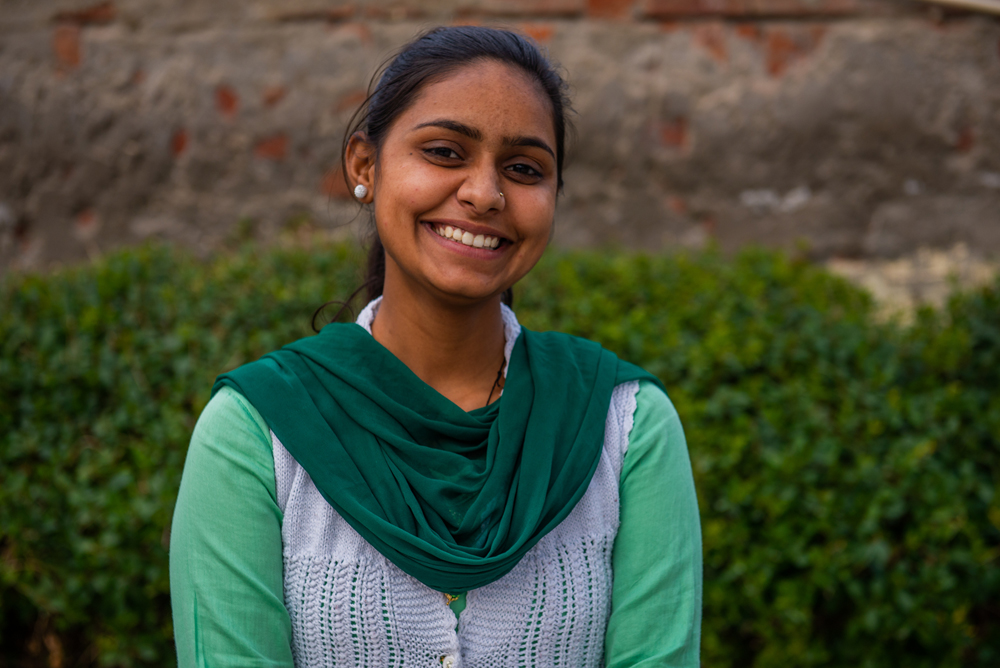 With a resolve and grit to overcome hurdles of gender bias, cultural taboos and bandaged dreams, this 22-year-old woman from a village in Punjab’s Faridkot district has gone one step ahead and empowered women and girls from her entire village to become community health volunteers, nurses, teachers, administrators, sports women, anganwadi workers and more.

Simarjeet, today, works as a Customer Care Assistant at an agency in Faridkot. Ten years ago, bound by the woes of poverty, her parents were struggling to educate Simarjeet and her younger siblings. Her father, Gurditt, who was a police constable, lost his job after a ghastly fire accident when she was 12 years old. The income that her mother, Harjit, earned as an anganwadi worker was only sufficient to feed the family of five.

“I was studying in class eight and my parents’ financial situation was getting worse. It was around the same time that I began attending training and sensitisation programmes carried out by World Vision India in our village. The programmes made us, especially girls, aware of our rights. When I learned that education was my right, I began persuading my parents to educate my younger sister and me further”, says Simarjeet. 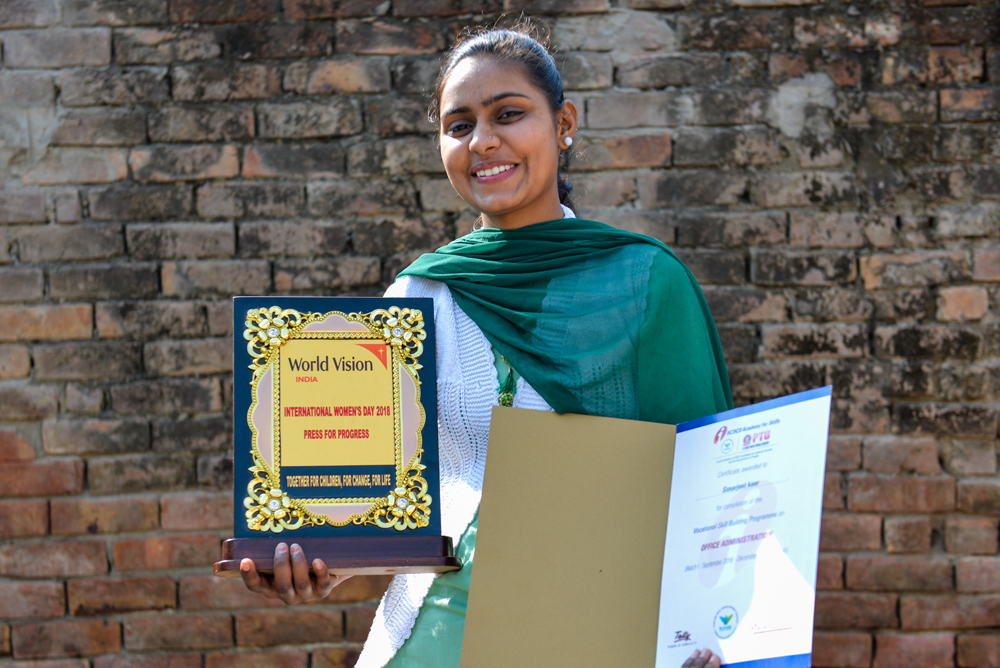 Her mother adds, “We knew that education is important. But we could not afford sending all our children to school. Because of which we thought we cannot educate our daughters.” Yet, nothing deterred Simarjeet from her yearning to be educated. Her parents soon understood and supported their daughters’ education.

Due the family’s poor financial situation, World Vision India assisted them by sponsoring Simarjeet’s younger brother Akashdeep. Through his sponsorship, Simarjeet was also assisted to complete her higher secondary education. She was also supported by World Vision India to pay the fees for the final year of her Bachelor’s degree in Arts.

“I really wanted to study higher and I am extremely grateful for the timely support that I received. My dream was always to become a woman who can stand on her own feet”, Simarjeet said.

What empowered Simarjeet the most is the office administration training that she received through a skill training initiative by ICICI Foundation called ‘ICICI Academy for Skills’. “We went to Chandigarh for this training. They trained us in marketing, accounting, typing, usage of Microsoft Word and Excel. They also taught us personality development and tackling physical or sexual harassment. I gave my best during my stay there, and I also received a certificate of appreciation for the best performing trainee. I was placed in two companies at the end of the training programme”, said Simarjeet. 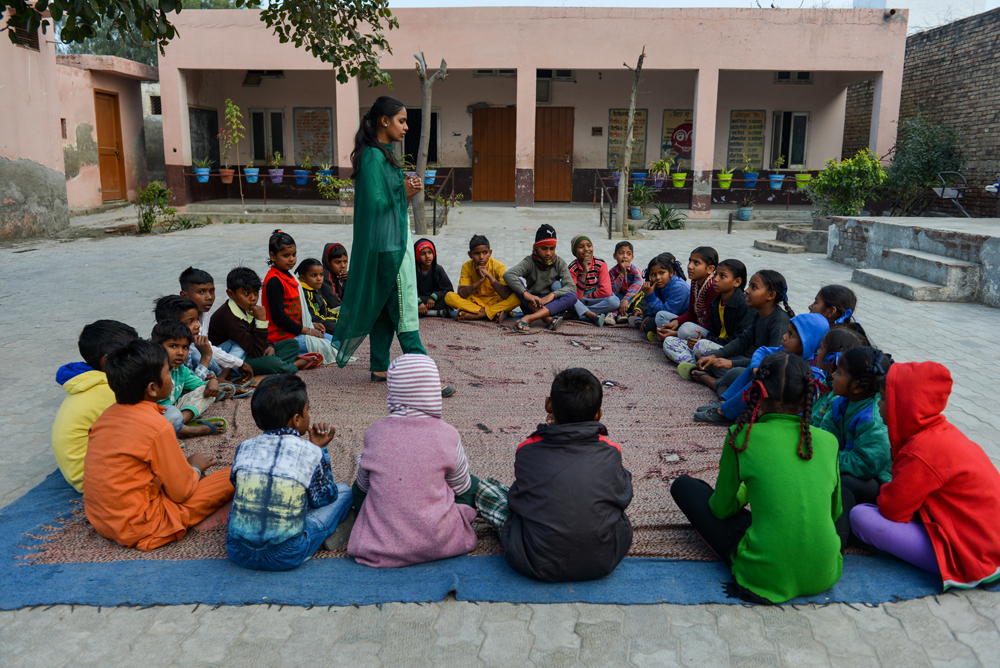 Simarjeet was not able to take up both the jobs in Chandigarh because she had to stay with her parents and support them. Yet, she did not give up. When she came back to her village after her training, she joined World Vision India as a paid volunteer to train adolescent girls.

“Right after I began working as a volunteer in my village, the Community Development Facilitator (CDF) encouraged me to take up a job based on the training I received from ICICI Academy for Skills. I immediately applied for jobs in Faridkot, which is about 12-15 kilometres from here and within a month, I got this job at an agency and have been working here since a year now”, she shares. 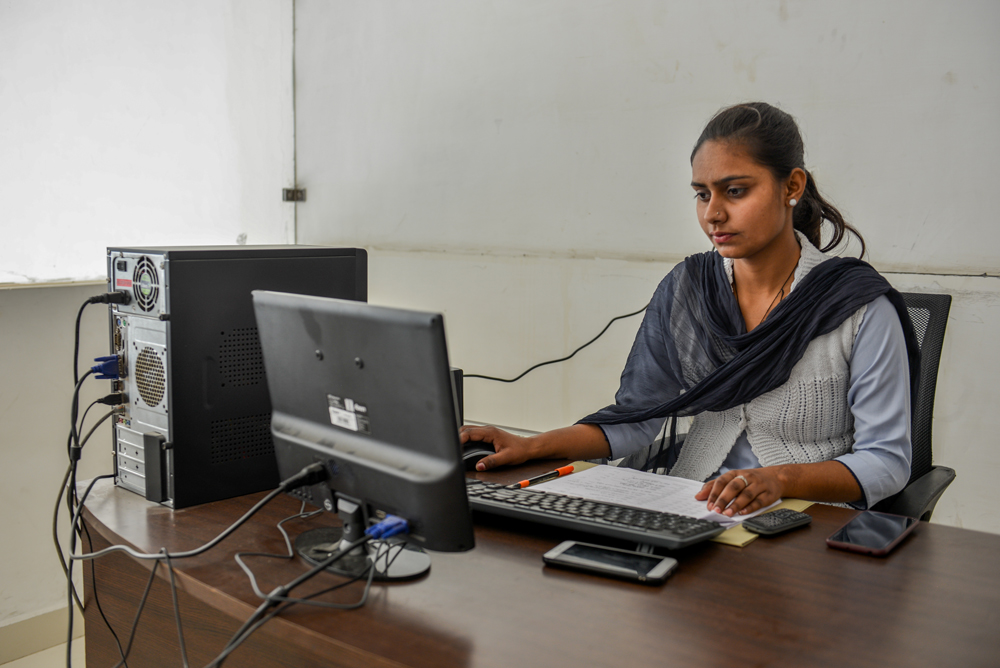 Knowledge: The catalyst for equality and women empowerment

When Simarjeet was 12 years old, she began attending trainings that were carried out in her community on adolescent girls’ health, child rights, skill development and awareness on social evils.

“I loved attending those trainings because I felt equipped and empowered with the knowledge that I received from them”, an excited Simarjeet shares. “I understood meetings on reproductive health really well. Young girls in my village were not aware about this. They did not know anything about the changes taking place in their body. They were also afraid of their menstrual cycles, since it is a taboo to talk about it in our village. But once I gained knowledge about it, I began talking to girls in my village and explaining how this process is normal. I would tell them how we need to be proud of it and not ashamed”, she added.

The ripple effect: Innovating for a stronger family, community and future

After Simarjeet attended training programmes conducted in her village, she herself took the initiative to conduct trainings among children, young women and parents in her village.

“We normally train people from the village to become trainers. But Simarjeet was very unique. She began training people and visiting families to counsel them on child rights, development, gender equality and so much more on her own. That is when we sent her to all the other 23 villages where we work to conduct training programmes for children, women and men”, says Vikas, Community Development Facilitator from World Vision India.

Talking about the impact of this assistance, Simarjeet says, “Now I can boldly say that at least 15 to 16 girls from my village have completed B.A courses, nursing courses, computer engineering, office administration and a lot more. Some girls have also excelled in sports, like badminton and volley ball.” 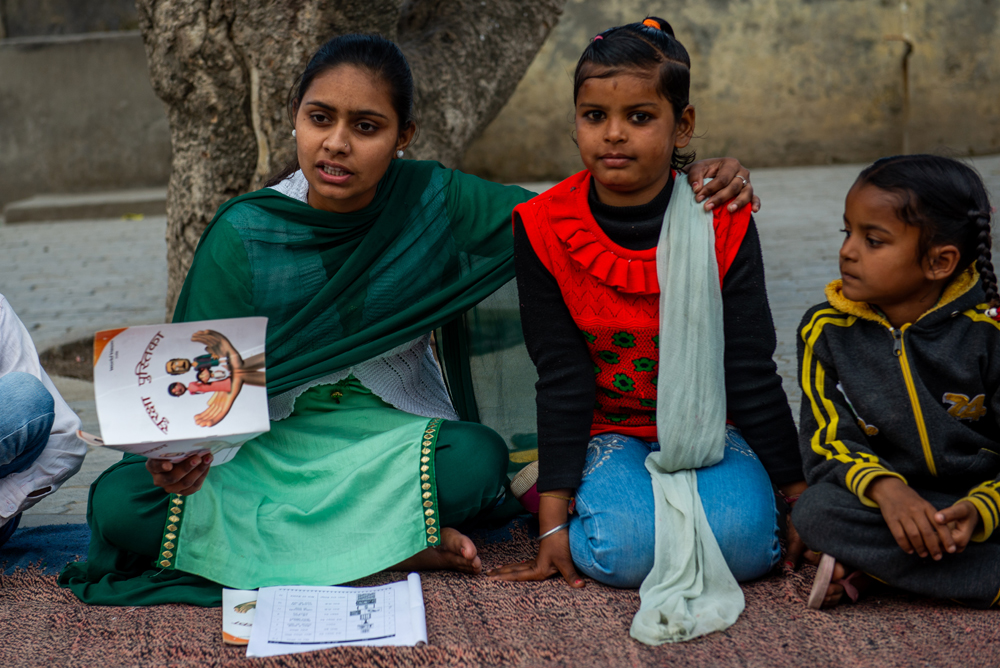 One thought on “#BalanceForBetter: A woman made equal, a community redeemed”