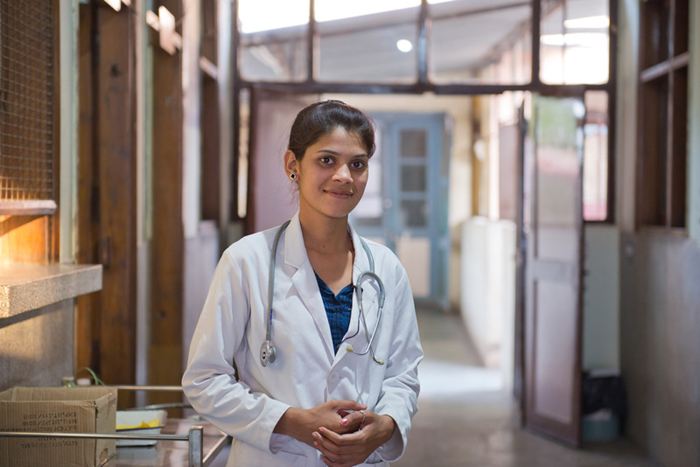 Vinita was only 17 when her parents decided to get her married. She had always dreamed of attending college. Her parents did not share the same dream. Her mother never went to school and her father dropped out in the 8th standard. Vinita was destined to follow her parents’ life: get married early and slog out in the paddy field all her life, like most folks from her village.

According to District Report Cards 2015-16, female literacy rate in Lalitpur is 52.3%, while male stands at 76.4%. Females are marginalised and deprived of their rights even by their very own traditions and practices. In Vinita’s community, acquiring education was not encouraged among girls because it was harder for educated girls to find grooms.  Education was not looked upon as a boon.

But destiny took a sharp turn. Instead of getting married, Vinita went to Lucknow and attended Auxiliary Nurse and Midwife (ANM) course for two years. “Before the training, my parents were planning to get me married. I was 17 years of age then. At that time World Vision staff talked to my parents and told them they would send me for a nurse training,” said Vinita.

Big city lights frightened her parents. At first her parents did not agree saying that they could not send a girl alone in such a big city. They had never travelled so far and it frightened them. “But they talked about it and later they agreed. At first it was a bit strange because I am from the village. Then slowly I felt better,” said Vinita.

Vinita was a sponsored child for 14 years. But those two years at Lucknow turned out to be the best years of her sponsorship. After completing her course, she came back to Lalitpur and started working in a children’s hospital. 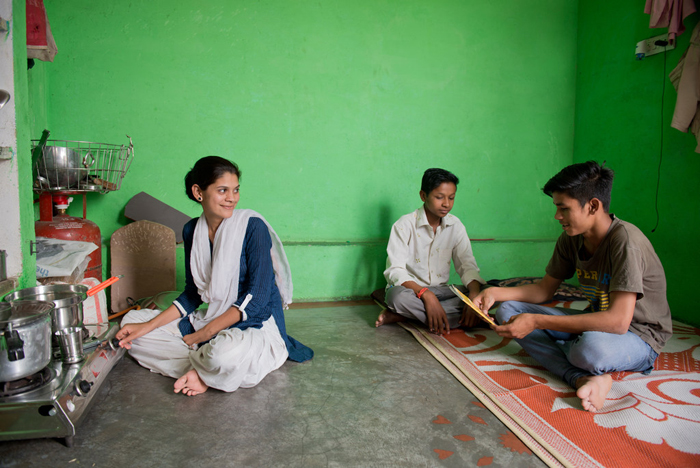 Vinita stays in a one room rented apartment along with her two younger brothers. She loves reading, cooking and shopping in her spare time. It was because of her that her brothers could afford to stay in the city and pursue their dreams. One of Vinita’s brothers has just completed 11th and another has appeared for Bachelor in Commerce 2nd year exam. “I take care of their admission and financial needs,” said Vinita proudly.

She has taken on the role of a guardian. But such responsibilities are not new to her. In the hospital where she works, she is used to riding through waves of emotions. She felt every bit of her work and felt justified to her professional calling. There are sad days but there are better days too.

“My happiest day at work was when a weak baby was brought to the hospital and we could help. He was bleeding from his nose and mouth. His parents had given up hope of saving him. We tried so much and were able to save his life. Now the baby is 5 years old. It gives me so much pleasure to realise that he survived because of our efforts,” says Vinita, in her white lab coat. The hospital corridor was empty but she had seen busier days, lined by patients waiting for their turn. She gets utmost satisfaction serving child patients. 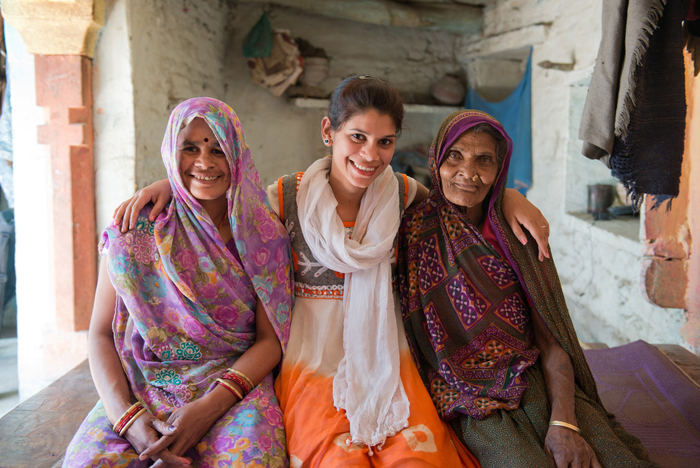 Vinita’s heart is still at Karmara Village. She has always wanted to serve people and be useful. She got the opportunity when she was not expecting any and she wants to return the favour. “Today I have become a nurse. World Vision has helped me a lot, spent a lot of money on my education and for that I am very grateful” she says.

In her village she felt unusually alone. All her childhood friends are married. She laughed out loud and said, “In village this is normal. What can we do?” She would have met the same fate had she stayed back. She came home once or twice in a month and it had always been fun meeting her parents and grandmother. Her younger sister is married with a child. This was the life Vinita absconded and she cannot help but feel fortunate. 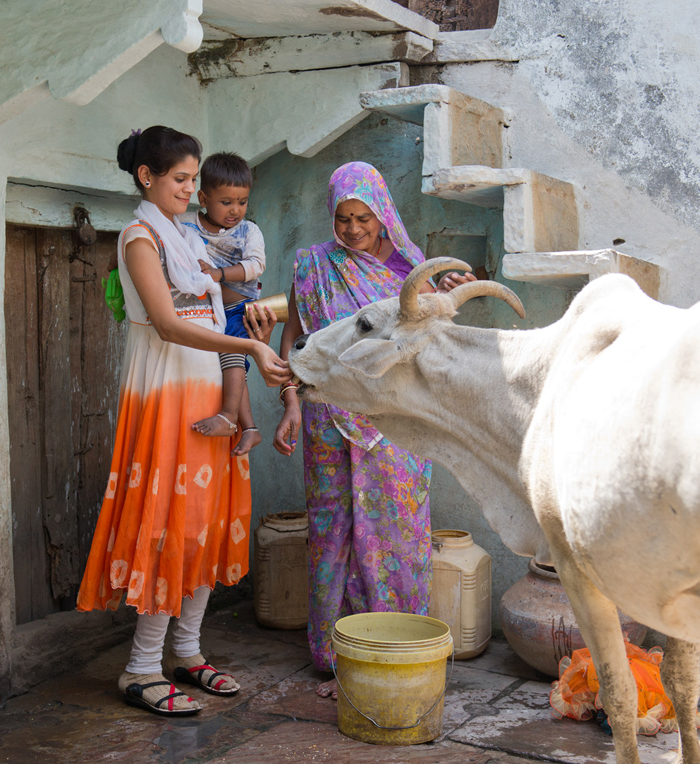 In the village women cut grass for cattle and works in the paddy field. There are no job opportunities for the educated. She is the first in the family to go to college. Everywhere she went, she had to break free of all traditions and beliefs that bound her. She has been triumphant.

In Lalitpur, many young ladies like Vinita are leading the way to self-reliance. World Vision India has given financial assistance for courses such as Auxiliary Nurse and Midwife (ANM), General Nurse Midwife (GNM), Bachelor in Science (BSc) and Master in science (MSc). Out of 11 ladies who were trained in ANM, 10 of them are employed and out of 21 ladies trained in GNM, 20 of them are employed.

“I want to complete GNM and work in a very good hospital and take care of my family,” says Vinita.

5 thoughts on “Nursing to Self-reliance”