Tuberculosis (TB), a preventable and curable disease, ironically kills more children in India than diarrhoea, malaria or HIV/AIDS.* TB in children is overlooked and is under-reported. It is estimated that about 200 children die of TB every day in India.** 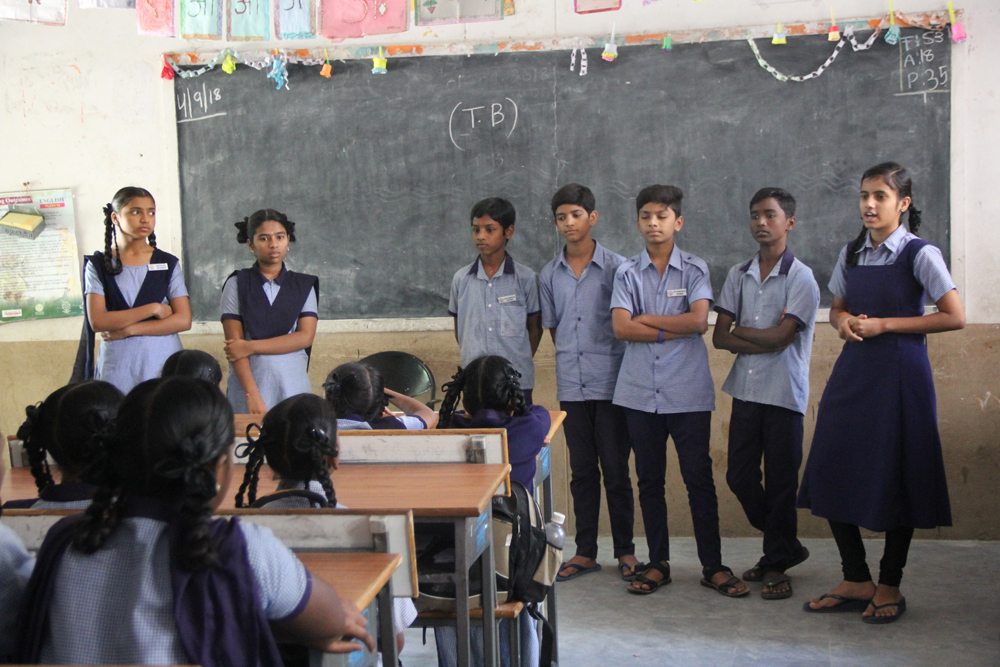 These children from Queen Mary’s Girls High School in Vishakapatnam are health gatekeepers in their own little way. Students of the Little Doctors’ Club are taking the lead in promoting activities to improve the health, hygiene and sanitation of the school and community. The awareness thus created aims to enhance case detection and treatment success rates in their school and communities.

Shalini leads the Little Doctors’ Club. Her face exudes confidence and leadership. She is excited to talk about the club and its activities. Before joining the Little Doctors’ Club, Shalini did not give much attention to health and hygiene issues. “Through our Little Doctors’ Club, we have been taught to wash our hands before having food. We have also learnt about Water, Sanitation and Health (WASH). We were also taken through sessions on symptoms of major illnesses like Tuberculosis and Malaria,” said Shalini.

Students interested in health and hygiene issues came together and formed the Little Doctors’ Club. Community development workers and the teachers helped the children-led club to identify health risks. Children came up with various activities to address them. One such activity was tuberculosis case-identification among peers. 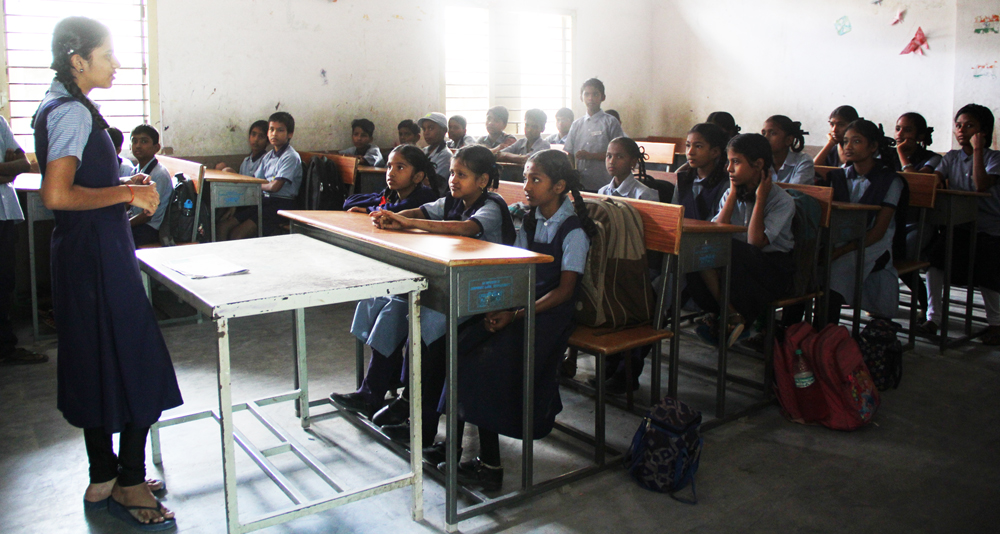 Shalini is very happy that the Children’s Club has helped her to identify the symptoms of TB. Her classmate Nandhana (name changed to protect identity) was suffering from persistent cough and cold clubbed with poor appetite. With the knowledge she had gathered from the club about TB, she felt that Nandhana might be infected with TB. She alerted her class teacher immediately. Nandhana was referred to the Designated Microscopic Test Centre, where she was declared positive for TB. Without discontinuing her studies, Nandhana was put on treatment. She was on Directly Observed Treatment-Short Course (DOTS) for six months. Today Nandhana has fully recovered. Credit goes to the Children’s Club for early detection and treatment.

“Initially, I was skeptical about the programme and was not very keen on the club,” said Asha, the class teacher. “I was of the impression that they would be teaching basics of health and hygiene. However, it went beyond. The students were imparted information about various communicable diseases and their symptoms. Little Doctors’ Club is a feather in the cap for the school.”

World Vision India is spear-heading Little Doctors’ Club across 50 schools engaging 600 children and teachers in the states of Andhra Pradesh and Telangana under its Focused Approach towards Childhood Tuberculosis (FACT) project.

World Vision India believes that children are agents of change. As communicators, they have the potential to share their knowledge in the communities and make a difference. In the past 8 months, Little Doctors’ Club has screened more than 50 children (suspected) for TB and seven children were tested positive. The club also hones leadership skills while addressing community health issues.