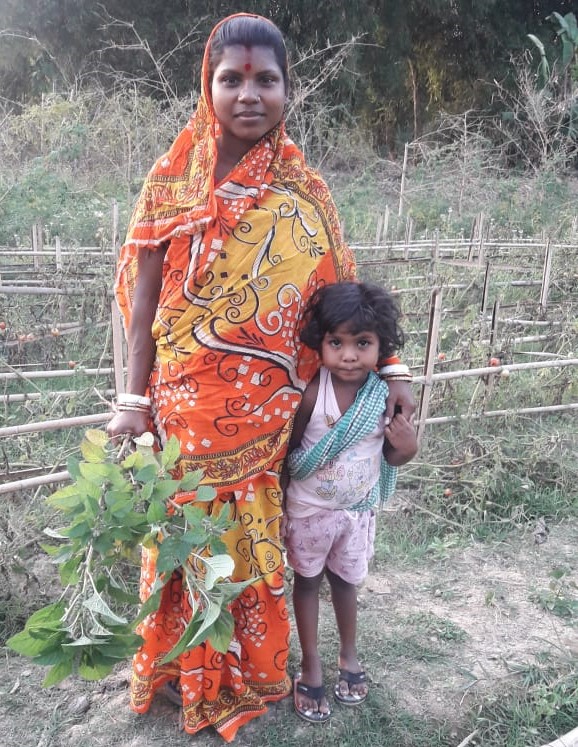 Hale and hearty 3-year-old Avinash runs cheerfully around the lush greenery surrounding his small one-room house in Lowairpoa, Assam. When he was 18-months-old, Avinash would hardly sit-up, crawl or even attempt to walk. In a health screening conducted during that time, it was found that he weighed only 8.5 kilograms and his Mid-Upper Arm Circumference (MUAC) reading was 11.4 cm, indicating he was severely malnourished and at a serious health risk. Avinash’s mother, Surobi, is a home-maker and his father, Sumiron, an agricultural labourer. With Sumiron’s income being unstable, it had become hard to feed Avinash regular meals that the child required.

Avinash was then referred to the Nutritional Rehabilitation Centre in the district and World Vision India provided the family with a Food Basket to ensure the child had an immediate proper intake of food. Coupled with the food basket, World Vision India’s local health volunteer assisted the family with saplings to cultivate a kitchen garden outside their home. The volunteer also began training Surobi on cooking nutritious food.

Surobi began cooking nutritious food for her son over the next couple of months with the food basket that World Vision India provided. She also began cultivating her own kitchen garden in front of their home.

Because of a consistent intake of nutritious food for Avinash from October 2019 through the lockdown, his weight increased to 13.5 kilograms and his MUAC reading also increased to 15.8 cm, indicating normal health by May 2020.

The unprecedented pandemic and lockdown in India since March 2020 brought all activity to a halt and affected life for all. For poor and vulnerable families, the lockdown meant no work, no wages and in turn, no food.

According to a report released by UNICEF, India is likely to register the greatest increase in the number of deaths among children below five years among six South Asian countries in 2020. It estimates that there have been 228,000 additional deaths of children under five due to crucial services, ranging from nutrition benefits to immunisation, being halted. The report also says that child mortality rose the highest in India in 2020 – up by 15.4%.

Amidst this growing food security crisis in India, we observed a renewed appreciation for kitchen gardens among needy families. These gardens have been invaluable during these trying times for several of them.

In Bihar’s Khagaria, 3-year-old Sanjana plays around a little green garden, pulls out a sponge gourd and asks her mother, “Can you cook this today?” She is the youngest of Asha Bharti’s three children, who are now well-nourished and healthy. 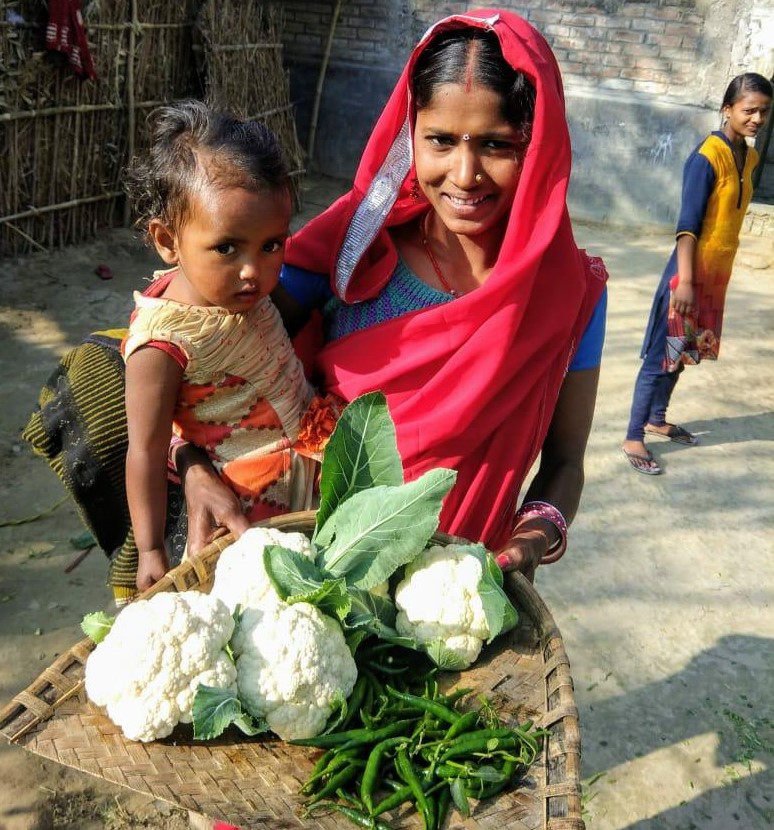 Asha says, “In February 2020, I sowed these seeds to cultivate the kitchen Garden as World Vision India encouraged me. I had no clue how valuable this was going to be in a critical situation like the national lockdown.  Now, in my small nutrition garden, we have Sponge Gourd, Ridged Gourd, Bottle Gourd, Cucumber and String beans growing.”

Asha’s husband, Sandeep, is a daily wage labourer. He says, “It was a very timely support when there was no work. We are thankful to World Vision India for helping my children and keeping all of us well-nourished.”

Even for Rima Begum from Assam, the kitchen garden that her family was assisted with just before the lockdown, worked as a charm. Rima is a mother of five children, 12-months-old Tani, Ahmed (4), Suhana (6), Mahmod (10) and Abu (12). 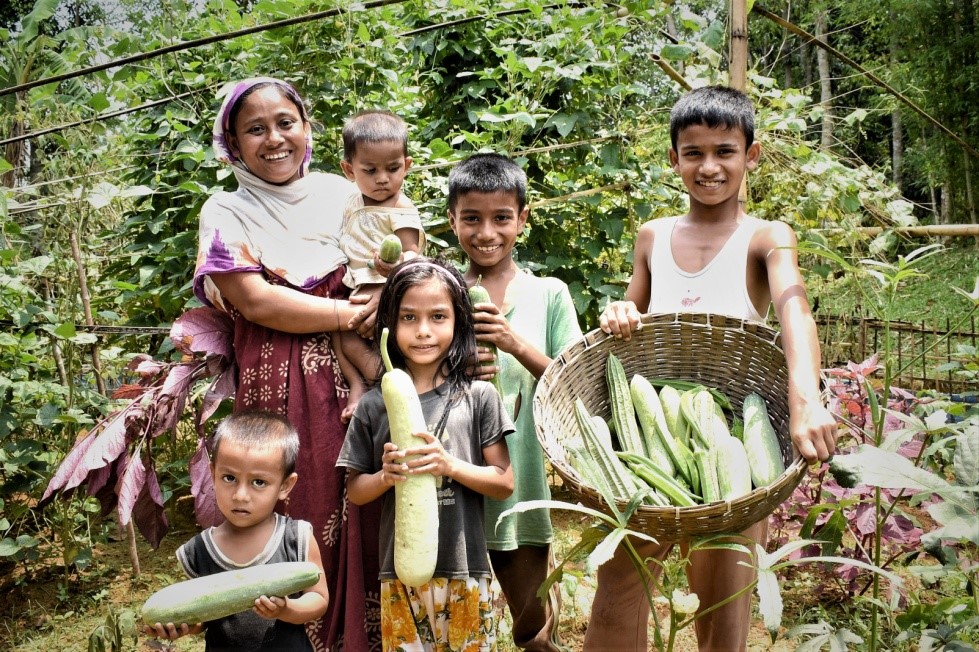 When the lockdown began, her husband, who works as a daily wage labourer couldn’t find any work and earn an income for the family.

Thankfully, on the other hand, Rima’s kitchen garden grew to full maturity and provided them with fresh vegetables. They not only used the vegetables that grew in their garden for their food intake but were also able to sell some surplus vegetables to their neighbours. With the money they earned from selling the vegetables, they purchased eggs, fishes and edible oil, which also helped improve their child’s nutritional status. Rima says, “We earned INR 4000 per month by selling the vegetables besides my family’s daily consumption.”

Rima went two steps further and helped other poor families in her community with the surplus vegetables that she grew in her garden. She now encourages other families to also cultivate this nutrition garden outside or near their homes.

World Vision India assisted and trained 18929 such families to set up and nurture Kitchen Gardens across 59 districts from October 2018 to September 2020. These kitchen gardens have helped fight malnutrition and child mortality among these families when the threat had heightened during the pandemic.

“This kitchen garden has made us self-sufficient, and now we feel secured when it comes to food intake,” says Rima, joyful and content.