“I love spending time with friends at school. I get to learn a lot from them. Earlier, we hardly had time to be together because most of us were irregular to school. But now, we get to spend the whole day at school together”, says an excited Harpal. 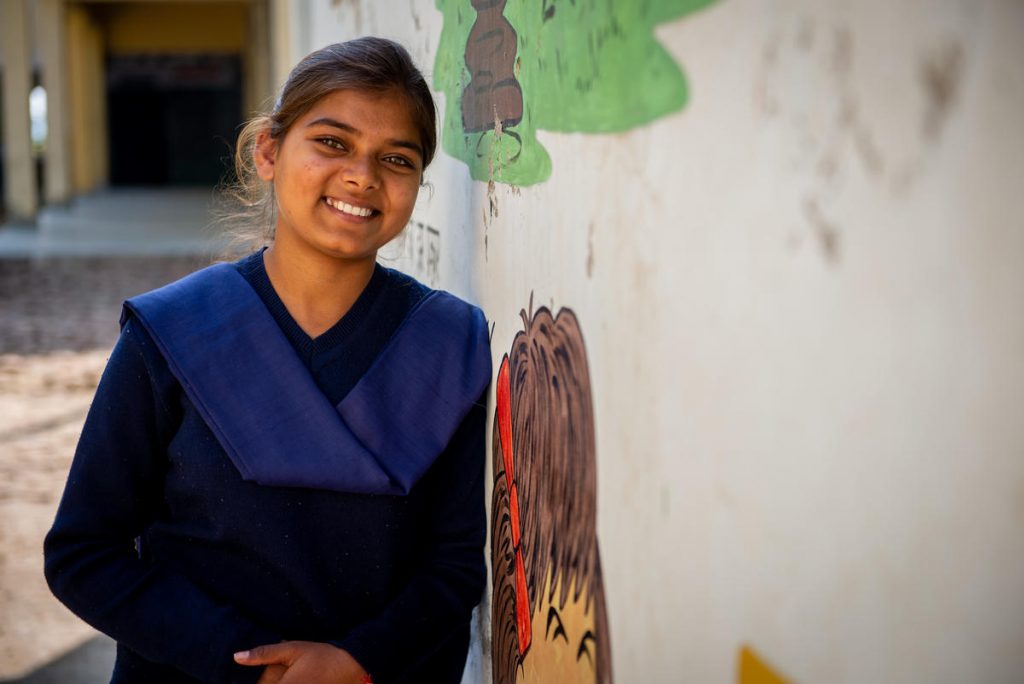 15-year-old Harpal studies in Class 9, in a government high school in a community we serve in Faridkot, Punjab. Most of the girls in Harpal’s school, including her, used to be absent from school quite often. The reason had nothing to do with gender bias in education. The reason for frequent absenteeism was the lack of proper toilets in the school.

The toilets in Harpal’s school were broken, clogged and poorly maintained toilets. The washrooms did not have proper taps or a roof and there was severe waterlogging during the monsoon, putting children in a lot of discomfort.

The girls would either go home to relieve themselves or forgo it until they went back home after school. To avoid this hassle entirely, some girls would just stay away from school when they were menstruating.

“Sometimes, we’d go home during recess. When we’d return to school, classes would have started. Because of that, we often missed out on our studies”, says Harpal.

World Vision India renovated the toilets in the school with proper taps and dustbins. After the revamping of the toilets, the girls are very happy and feel safe and protected. They do not have to worry about contracting infections or taking leave from school frequently. The toilets also have a proper water supply for upkeep. 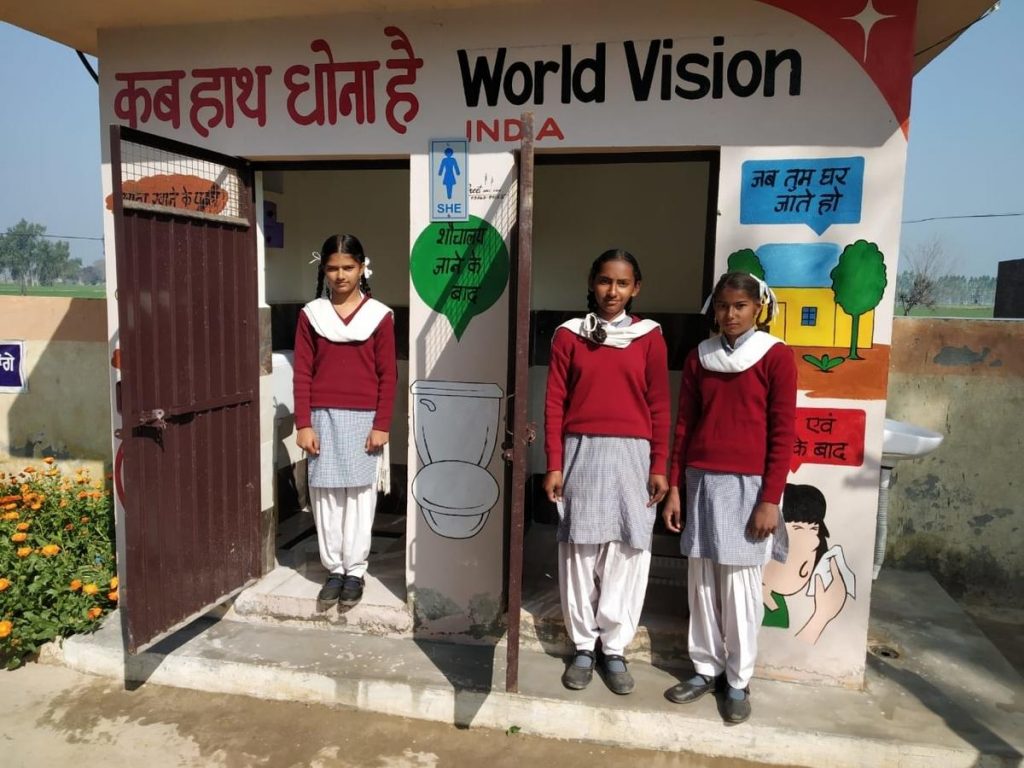 “I feel very happy. I’m extremely grateful to World Vision India for renovating these toilets for us. Earlier when this wasn’t renovated, it caused a lot of difficulties for girls. There was a danger of us getting infections as well. Now, we are protected and safe. Thank you so much for this. We don’t have to go home during school anymore and we can concentrate well on our studies”, says an elated Harpal.

For Harpal, this comes as a huge relief. Going to school and being educated is her biggest dream. “Education is most important for us – because if we’re not educated, then we are nothing in this world. It is only through education that we can earn proper incomes for our homes and stand on our own feet. Education is not only for boys, it is also for girls. It is very important for girls to be educated. Earlier, girls were only treated as house workers, but today I feel that there has been a change in people’s thinking. Almost all girls come to school. I’m very glad that girls are now getting the opportunities that were once only given to boys. 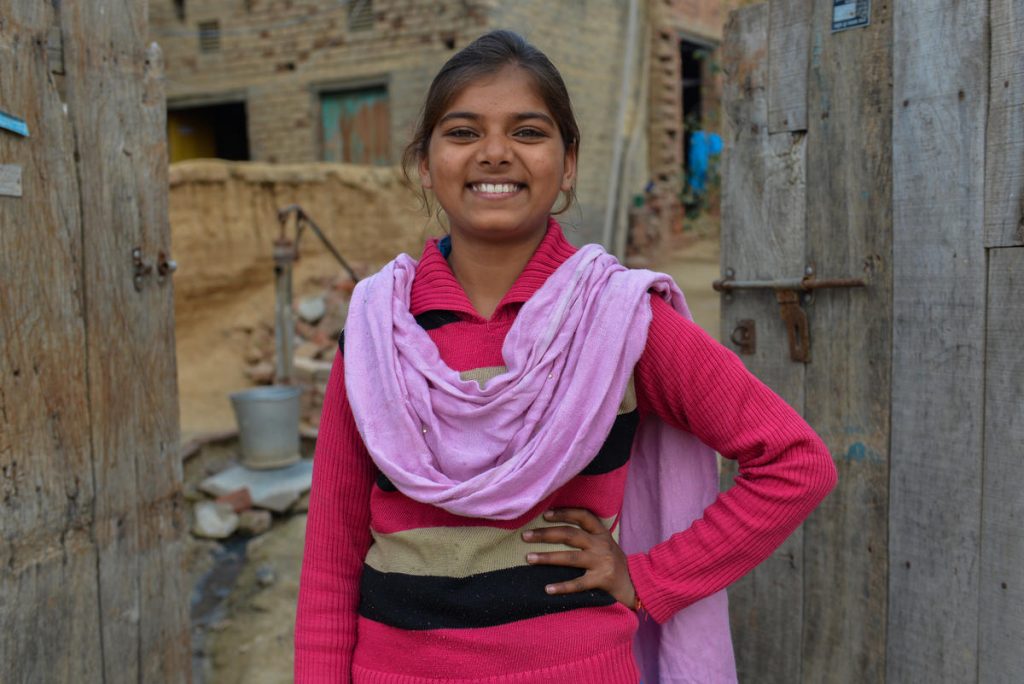 Harpal and her younger brother, live with their aunt and uncle. Their home is about 10-15 minutes far from school. She walks to school and walks back home as well. She goes to school with her cousin brother, and sometimes with friends who live close to where she lives. Harpal’s parents live a few villages away. She and her brother, live with their aunt and uncle since they have been enrolled in the school. Harpal’s mother and aunt are her best friends. She loves them and shares everything about herself with them.

When asked what her dreams are, Harpal excitedly shares, “Like everyone has some dreams, I also have mine. I want to grow up and become a judge. Besides that, I want to open a college for poor girls in our village. This is because people from villages here think that, if girls study till class ten, that’s enough and it’s time for her to be married off. But this is wrong. Some people want to provide higher education to their girl children, but they don’t have the means to do it. I want to grow up and open a college run by the government free of cost for such girls.”

Many of us are privileged to have toilets in homes, institutions and offices. But for children like Harpal, a clean toilet is a bridge to a better future.

We are now sure that Harpal and her friends will continue going to school, reach their goals and enjoy a better and brighter future. From April 2019 to March 2020, over 63,000 children were impacted through the ‘WaSH in Schools’ intervention, which ensured availability of safe water, construction and repair of toilets, installation of hand wash stations. 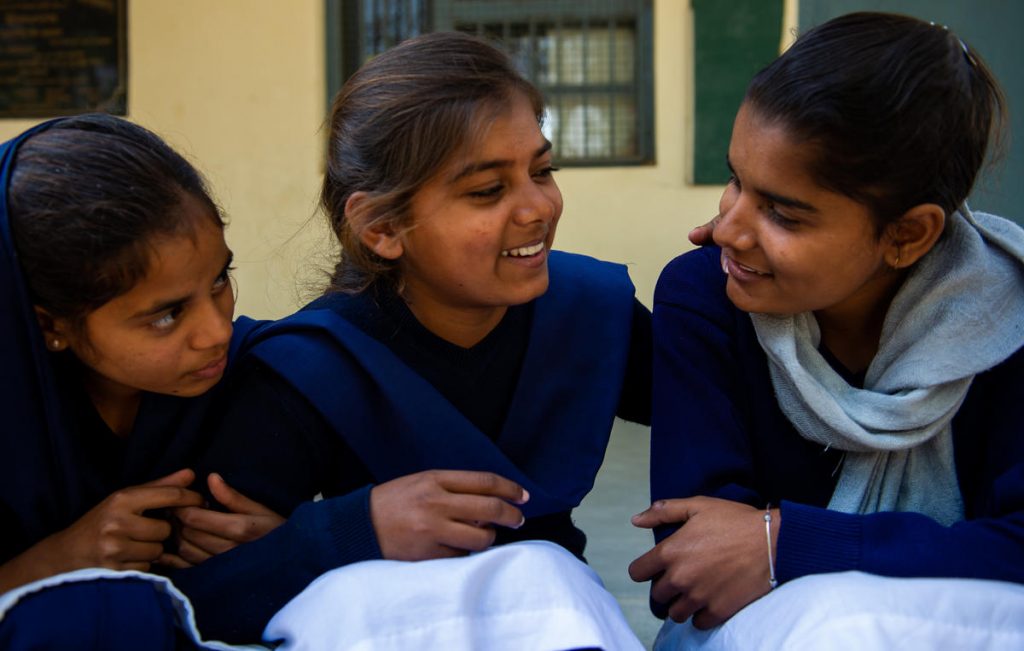 *23% of girls drop out of school once they reach puberty. Those that remain, miss an average of five days of school a month during menstruation.

Source: T for toilets: The case for sanitation in schools (Dasra, 2016)