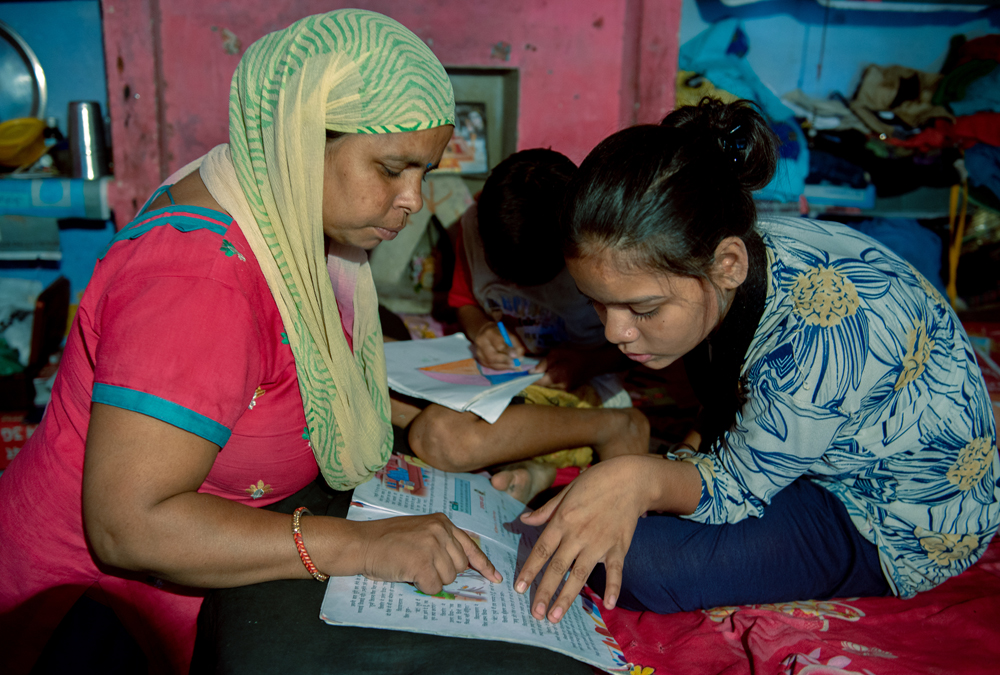 For forty-year-old Sarita, falling asleep with hunger bouts is the smallest sacrifice she has made to ensure her children go to school and lay the foundation to a bright future. Sometimes, she stays awake whole nights and makes footballs or towels to earn sufficient to pay her children’s school fees.

“They should study well, grow up and become something. I do not want them to suffer the way we suffered. I want them to earn enough to live good lives”, said Sarita, as she continued stitching another football to be sold for Rs. 10.

Sarita’s eldest daughter, Dipanshi (14), studies in class six. She aspires to be a doctor when she grows up. Because, that way, she can help poor families when they are sick. Her elder brother, Anuraag (16), has been admitted in a hospital in Delhi due to a stomach infection, far from where they live in Meerut. “I wish I could help my brother somehow. I do not know how he is doing now because he is so far away. My grandparents are with him and looking after him there”, said Dipanshi, with her eyes fixed on the window, glancing at the entrance to her one-room home.

Four years ago in 2015, Sarita’s perspective of education was very different. When Dipanshi was studying in class three, she had to make the tough choice of quitting school to help her mother earn a sufficient income to sustain the family. The family’s financial situation had worsened and they did not have enough money to pay the children’s school fees. Hence, Dipanshi, Anuraag and their younger brother, Aman (10) stayed at home and spent 8-12 long hours stitching footballs and towels. 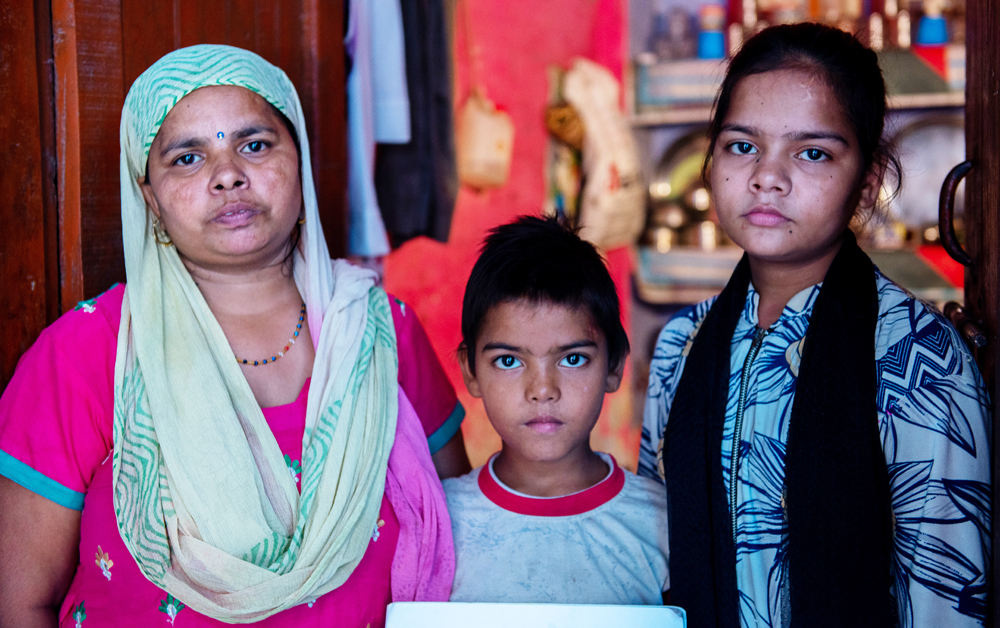 “When I stopped going to school, I thought it was the end of my dreams. I felt there was no way that I’ll have a chance to study again”, Dipanshi said. All hope was lost for the then ten-year-old child.

In Meerut, a small city in Uttar Pradesh, scores of children are pushed into informal child labour within the four walls of their homes. A toxin that slowly cripples children from exercising their right to education, play and protection. Once Dipanshi stopped going to school, she also stopped playing outside with her friends. This was because of two reasons. The first being the lack of time and the second, an embarrassment of being less fortunate than other school-going children.

Two years on, amidst the despair that Dipanshi and her siblings were facing, hope shone into their lives in the form of an informal schooling opportunity. A community volunteer, Lalitha, visited Dipanshi’s home and counselled Sarita and her husband, Shiv Kumar, to send their children to the Remedial Education Centre run by World Vision India in their community.

The Remedial Education Centre (REC) is a proven model aimed at helping children who have dropped out of school or who find it difficult to cope with education to improve their learning outcomes (i.e. reading, writing and comprehension skills). It is an after-school class where about 20-25 children between ages six to thirteen are gathered together and taught to read, write and comprehend content at different levels.

When Sarita observed her children’s passion for education, she made up her mind to educate them no matter what. “The only thing I kept telling myself was, a few years of struggling will help give my children a better life”, Sarita said.

Dipanshi’s father, Shiv Kumar, is a driver, and earns a minimal income due to inconsistencies in his job. Together with Sarita’s income, the family manages to earn anywhere between Rs. 3000 to Rs. 6000 a month. They spend nearly Rs. 7000 a year on their children’s education, besides their basic need of food and clothing. 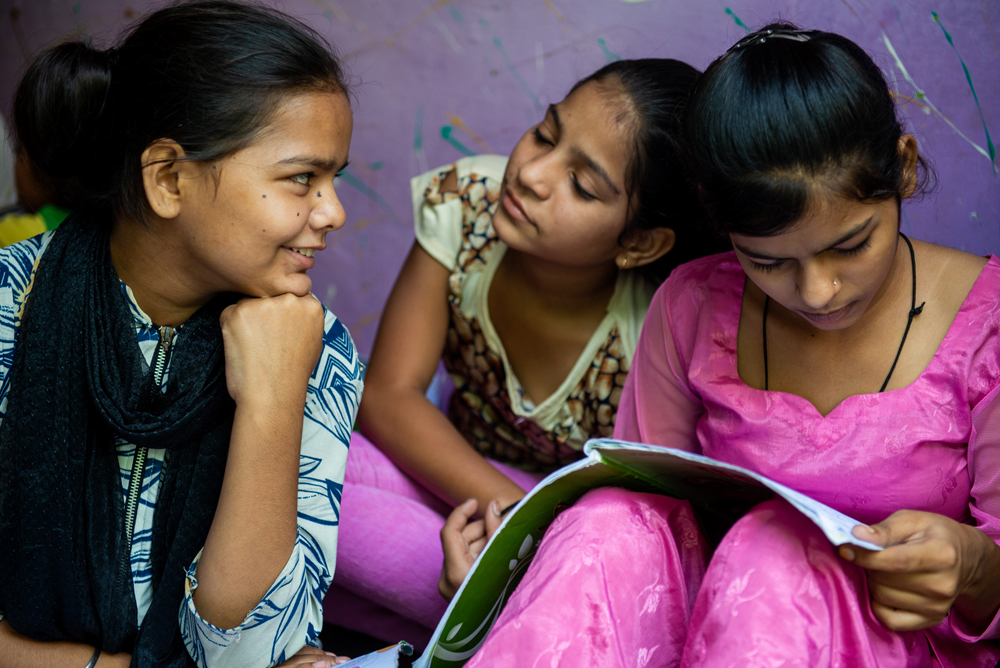 It was not easy for Sarita and Shiv Kumar. Nevertheless, the enormous improvement in their children’s learning outcome and their dedication to education motivated the parents to send them back to school.

Now, Dipanshi, Anuraag and Aman are school-going children in class six, nine and four, respectively. Dipanshi loves studying Hindi (a local language in India) and science. Aman and she continue to attend the REC until they complete all the levels.

“This is my second chance at education and I want to ensure I become a doctor and help my parents in the future”, Dipanshi exclaimed, with a smile on her face.