Krishna pushes the water wheel with a playful gesture. It’s midday, and the sun plays hide and seek with the clouds in the sky, a sure sign of rain. It’s early September, and the rain has replenished the groundwater to some extent. The family’s nearest water source is a hand pump, a couple of hundred metres from her house. But that changes during the dry season.

Pratapgarh is around 491m above sea level. The altitude makes it almost impossible for the land to retain groundwater. People in rural Pratapgarh are dependent on groundwater for both domestic and farming purposes. This leads to the depletion of groundwater. The area is also naturally arid.

In the dry months from February to June, Krishna’s village of around 100 households is dependent on one well. The rest of the hand pumps and wells dries up. The well is 1km from the village, and Krishna and her family spent a lot of time fetching water, which is a family affair. 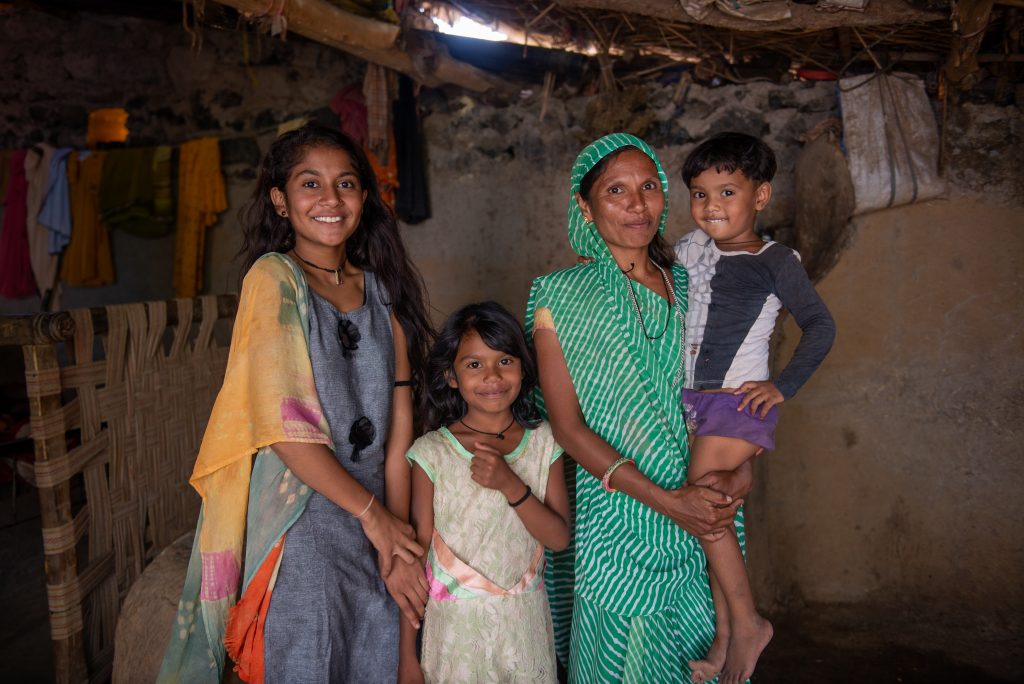 Krishna is in the 10th standard and attends school 2km from the village. For a 15-year-old student, her daily chores revolved too much around fetching water. “We walked to the well, 3-4 times in a day. The village has only one well during the dry season, so it takes time. I used to spend around two hours a day fetching water,” says Krishna.

For Krishna’s mother, Rekha, it seemed that all of their lives revolved around water. Rekha and her husband Karulal are both farmers. They grow soybean, maize, wheat, etc, and know the challenges of water in Pratapgarh. But more than that, they faced that challenge in the house every day raising five children.

Krishna’s morning chores include collecting 2-3 buckets of water from the village hand pump or well. During a dry spell, the only source of water in the village, which is the well, gets crowded, and she has missed school while waiting in a queue. “We need water to wash up for school and our family’s consumption. We have missed school sometimes because of water shortage,” says Rekha.

In 2020, according to the Monsoon Report-2020 by India Meteorological Department, Pratapgarh district received the third-highest amount of rainfall among 33 districts in Rajasthan at 1023.2 mm. This was an 18% increase from the average rainfall of the district, which is 864.1 mm. The popular idea that the decreased rainfall attributed to the water crisis in the district is far-fetched as the data suggests. It can be explained by the perpetual decrease in groundwater level in the area.

In Pratapgarh, the groundwater discharge (Draft) exceeds the recharge and falls under the over-exploited category. The total annually replenishable groundwater resource of the district has been estimated as 161.1583 mcm. The net annual groundwater availability is estimated to be 146.1703 mcm. The draft for all uses is 179.2197 mcm, and the overall stage of groundwater development is 124.1%.

To help lighten the burden of water challenges, World Vision India provided water wheels to 200 families in Pratapgarh. One water wheel has a capacity of 45 litres. The water container and attached to a handle can be pushed or pulled easily, even by children. 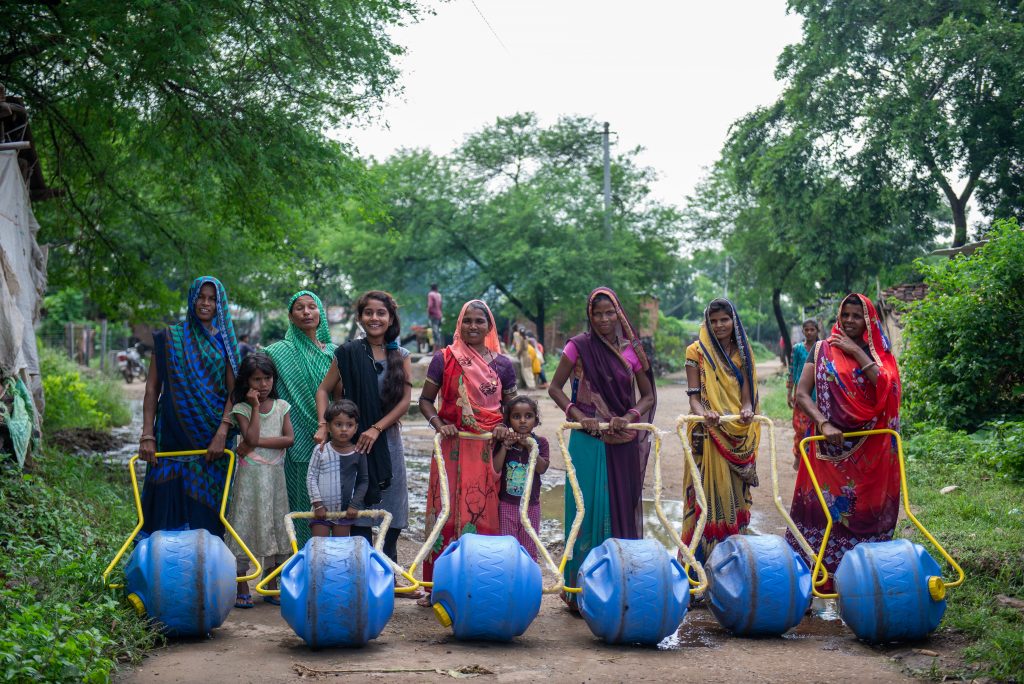 This simple apparatus solves many issues. The well is quite deep and poses a risk for both children and adults. Reducing the number of visits reduced that risk. “It is easy to push this container. So we don’t have to put in a lot of effort. It also contains 45 litres of water. Earlier, we were able to carry only 10 to 15 litres at a time. It saves us a lot of time and energy. Now we can fetch water two times a day, and it is enough,” says Rekha. 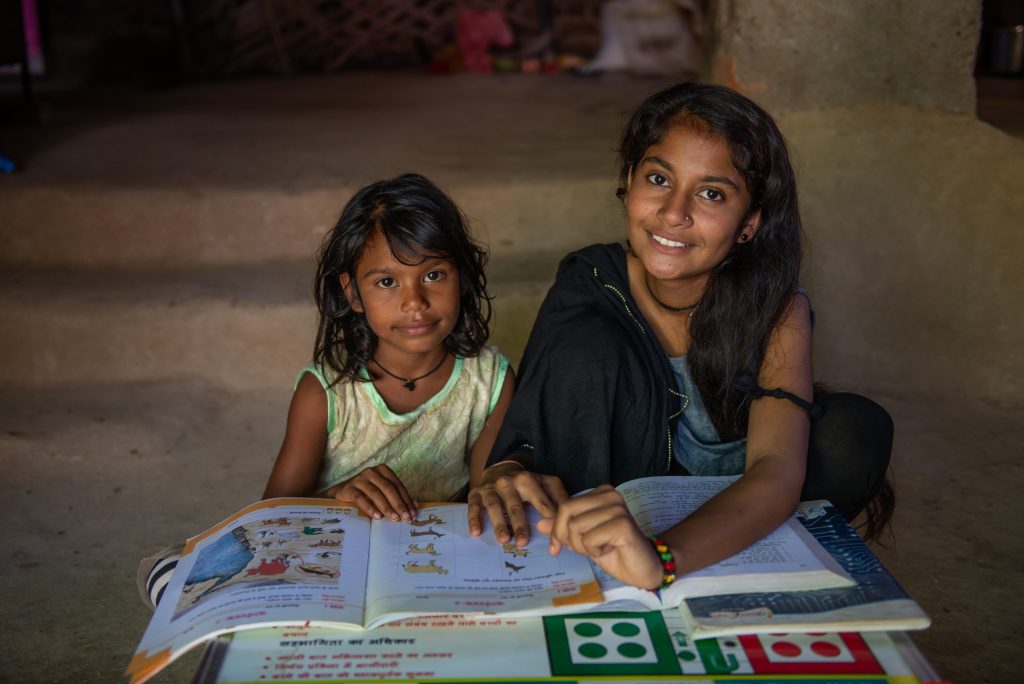 For Krishna and her siblings, it frees up more time for studies and plays. Krishna is World Vision India’s sponsored child. She will be the first in her family to attend college. Her parents never attended school. She has been part of World Vision India’s children club since it began in 2011.

The overall transformation in the village has been prominent. “Earlier girls dropped out of school after 8th or 9th standard and were married off. Boys were encouraged to study but not girls. This has changed today. There are girls from the children club studying in 11th standard,” says Krishna. 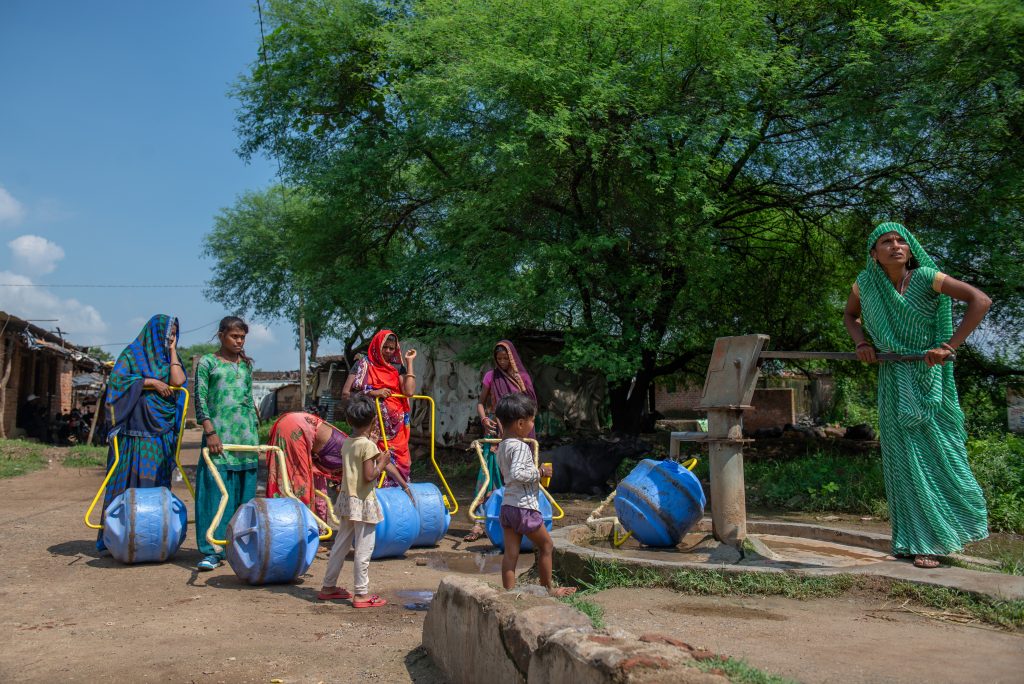 At Krishna’s village in Pratapgarh, life revolves around water. People of all ages gather at the village’s hand pump and well. “Children struggle to attend school on time because sometimes they don’t have water at home and collecting water from the well takes up a lot of the time. They sometimes miss school because of that. Parents and children had to collect water 4-5 times a day as they were able to carry 10-15 litres at a time. Now with the water wheel, they can easily collect that much of water at one time,” says Ram Lal, a World Vision India’s staff in the community.

Krishna helps her mother fill up the water wheel. Collecting water is a tedious chore and a routine part of her life. But with the waterwheel, life has been much easier for Krishna and her family. “I’m getting more time to study now. I want to be an IAS officer. I know it will take a lot of effort, but I want to dream,” says Krishna.

In Pratapgarh, Rajasthan, World Vision India is working among 17047 children from 8689 households in 62 communities.

2 thoughts on “Water Wheel Sends Children to School on Time”