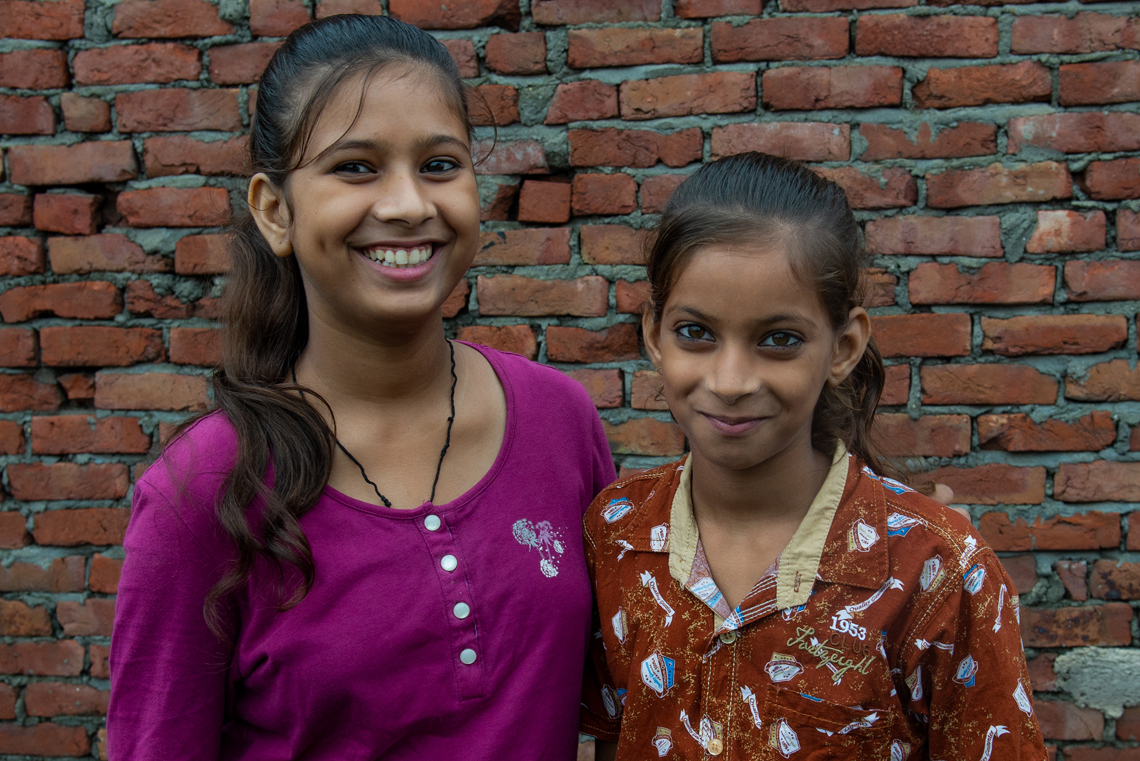 Walking through the streets of this small city in India, one cannot help but notice little hands picking rags, fixing screws, sharpening metal, selling utensils and many other things. It is hard to fathom children working over twelve hours, doing things that adults are usually seen doing. But here in Meerut, which comprises the highest number of child labourers in the country, this seems to have become normal.

We all love soccer; it appeals to us. We can stay up entire nights watching our favourite sportsmen kicking the ball straight into the goal post. Something that might not strike us in our enthusiasm of watching or playing the sport is, ‘Who makes footballs?’

Well, here in a small slum community in Meerut, little children like Mohini earn Rs. 10 for stitching a football for over two days. While adults can stitch a football in two hours, children can take up  to two days to do the same work. And in the process of using two needles to quickly stitch the ball, they often pierce their fingers over and over again.

Mohini’s father, Devraj (40), has been consuming alcohol habitually for many years now. Due to which, he never supported his family financially. His wife, Sudhesh (34), was forced to become the bread-winner of the family and hence took up the business of stitching footballs. 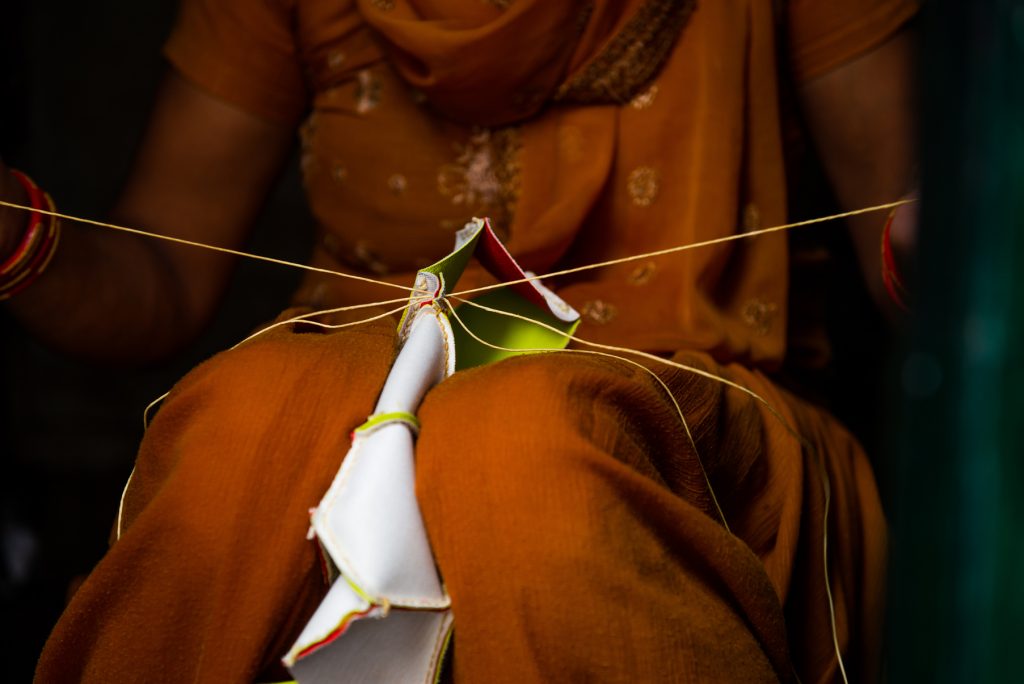 When Mohini was very young, only eight years old, she began helping her mother stitch footballs. When she turned nine in class five, her mother asked her to stop going to school and help her earn a little more income for the family. Having three younger siblings who never went to school because their mother could not afford buying them books, bags or uniforms, Mohini willfully left school to work with her mother and earn an income for the family.

“When we did not go to school, we did not have any friends” said Mohini, looking at her younger sister Ritika and then turning back to me. When asked why, Mohini continued, “We sat at home working all day, we could not afford wasting time playing outside with friends.”

Ritika added, “There was a girl in our neighbourhood who went to school, we used to watch her go and wish that we could go as well.”

When Mohini turned 11, she pleaded with her mother to send her younger siblings, Rohan, Ritika and Tanishk to school. But her mother helplessly had to say no. Her income was only sufficient to feed the family two square meals a day.

Today, Mohini is 14 years old and she is going to school. Not only her, but her younger siblings are school-going children as well.

Two years ago, Mamtesh, a teacher at World Vision India’s Remedial Education Centre (REC) in the community, visited Mohini’s home and spent time counselling her mother about the importance of education. She persuaded the mother to send her children to the REC for two hours every day, where everything including books will be given to children free of cost.

Having being convinced, Sudhesh sent her children to the REC. In one year, Mohini (14), her younger siblings Ritika (11) and Rohan (13) picked up their basic education so well. Mamtesh immediately met Sudhesh and told her how well their children were studying. After much counselling, Sudhesh agreed to send her children to school. Mamtesh helped them fill application forms in a government school closest to their community and got them admitted in school.

Mohini topped her class in her eighth standard and won three medals and a shield. She is now in the ninth standard. Ritika also won a drawing competition in school and won a medal. Rohan too is excelling in his studies. The youngest sibling, Tanishk, is 5 years old and attends the REC for now. 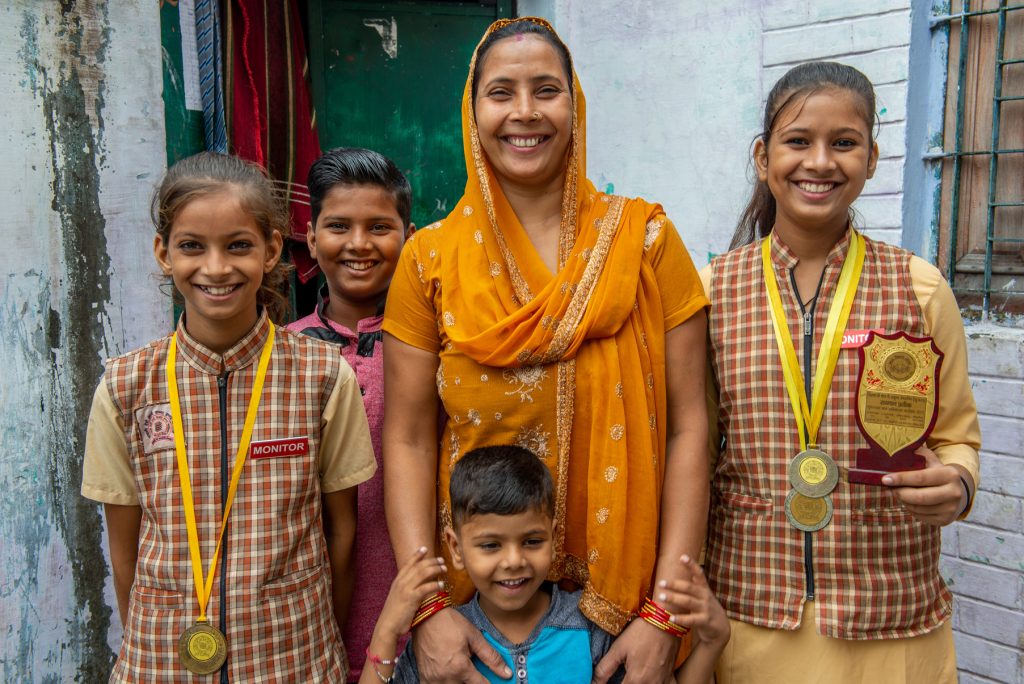 Mohini’s mother, Sudhesh, now says “Though six of us live under the roof of this small room, I am working hard to send my children to school. I want them to grow up and become something. I do not want them to go through the struggles that I am facing because my parents could not educate me.”

Mohini loves going to school.  She says, “I love studying because I get to learn so many new things. I also love wearing the school uniform (a peach coloured salwar suit); it makes me feel proud.”

“Even after coming home, our favourite thing to do is doing our homework and other school assignments”, adds Ritika.

Mohini and her younger siblings have to walk over three kilometres to school every day and it takes them twenty minutes each time. Yet Mohini says, “I will do anything to go to school. My role model is my Principal. She takes so much effort to teach us all new things. She teaches something new from the newspaper every day. If she can take so much effort to help us, why cannot I make effort to learn?”

Her favourite subject is Science and her favourite sport is Kho-Kho and Kabaddi (both of them are cultural, famous Indian sports).

Mohini and her siblings are now wholly free from informal labour.

6 thoughts on “Uncaged and Soaring High”