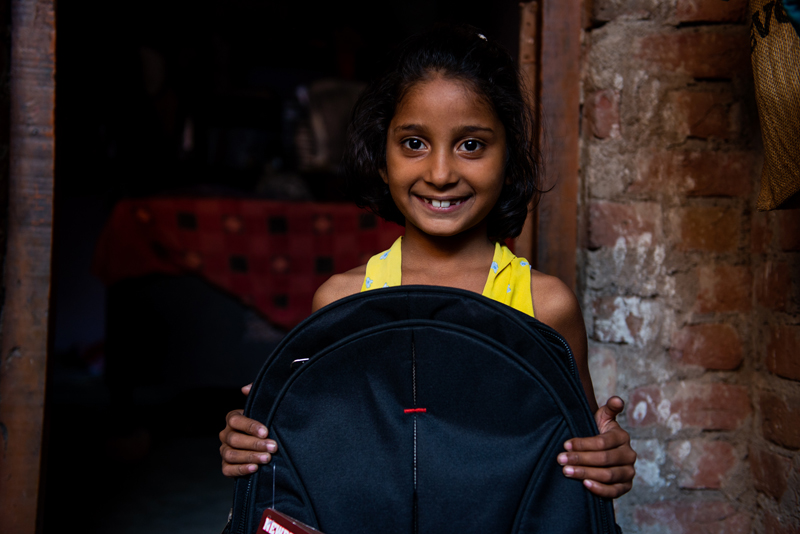 “Those days, we ate only once”, exclaimed 34-year old Mala, breathing a sigh of relief as she glanced at the toilet placed in the corner of her house.

“When my daughter asked me for more food, I would say ‘no’. She would keep asking and I would beat her up and tell her to tolerate her hunger till it was time for the next meal” she narrated, holding back tears in her eyes.

There were days that her husband, Sudama (38), got malaria and was bedridden. Those days there was no one to take the little children and her to the field to relieve themselves. For her, it was too scary to go alone.

“How could we eat more? If we fed ourselves or our children, we would have to relieve and we did not have a place to. It was unsafe for my wife and children in the open and embarrassing to use neighbours’ toilets”, Sudama said. 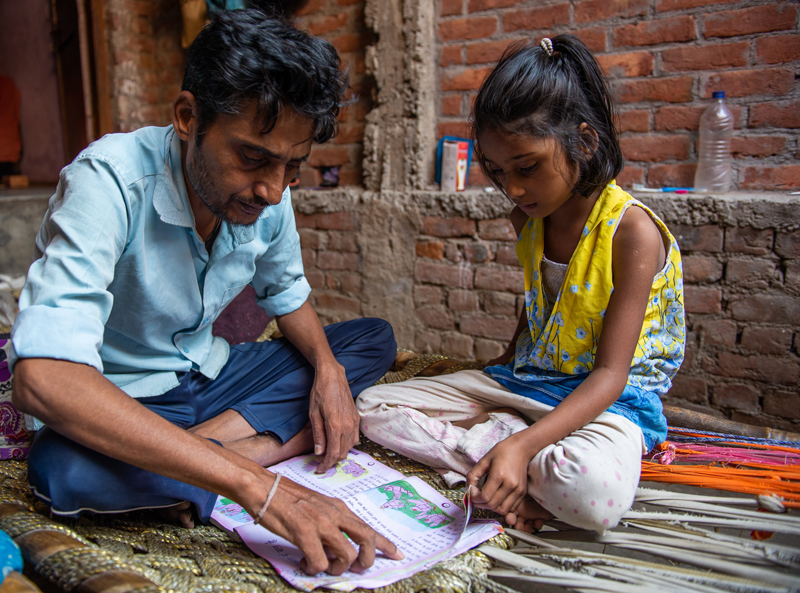 The situation only worsened when Sudama lost his job due to his frequent bouts of illnesses. Sudama used to earn about Rs. 7000 per month as a daily wage construction labourer. Now what could Mala do? She had to earn. So she took up a job as a worker in a cottage industry making toys. She earns about Rs. 100 a day, sufficient only for food, to pay her children’s school fees and the rent of the house they live in. To buy a toilet was simply a challenging thought.

A few years back, a road was built over a pit latrine that they had built outside their house. Since then, they were living without a toilet. The problems of not having a toilet were many – having to share neighbours’ toilets, waiting until it was dark and walk long distances to an empty field to relieve, getting infections and diseases like diarrhoea, malaria frequently. But the worst of all was having to starve.

A study by the World Bank on Sanitation reveals that 39.84% of population in India are practising open defecation because they do not have toilets.

World Health Organisation released a fact sheet on Sanitation (February 2018) which states that ‘Inadequate sanitation is estimated to cause 2.8 lakh diarrhoeal deaths annually and is a major factor in several neglected tropical diseases, including intestinal worms, schistosomiasis, and trachoma. Poor sanitation also contributes to malnutrition’. 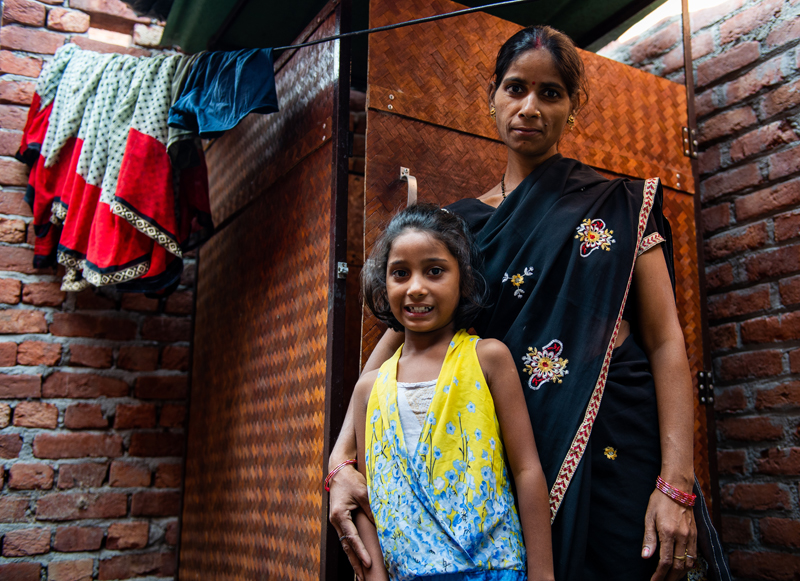 Mala’s family is among the sixteen families that received these toilets.

And the difference the toilet has made to these families is astonishing. Mala says, “Ever since we got this toilet, we have been eating three meals a day. Our children are looking nourished now. Affording three meals a day is not as difficult as it was to buy a toilet”.

“Even if a poor person does not have a structured house, he can manage to live in a hut made of cloth. But it is very difficult to manage to live peacefully without a toilet” added Sudama, Mala’s husband reiterating the difference a toilet can make.

To ensure that the families do not face the brunt of not having an accessible toilet again, a WASH committee was formed from within the community, who are also Self-Help Group members and Community-Based Organisation members. They frequently visit these households to do an assessment of the toilets’ maintenance.

And the bio-toilet has made it possible for them to have a toilet within the comfort of their homes. “The bio-toilets have come as a huge relief because they do not occupy too much space and also have easy maintenance” says Ram Chhetri, WASH Specialist, at World Vision India.

From one meal a day to three meals a day. And the difference? A toilet. It is likely that the answer to the hunger of a pertinent part of one third of our country’s population could be helping them answer nature’s call in a ‘toilet’, that is accessible and safe.