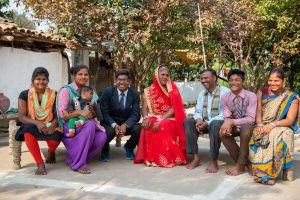 traditional woven bed) at his family house’s courtyard surrounded by his parents and siblings. Basking in the warm winter morning sun, he puts on his suit and tie and looks ready for a big occasion but this is his morning ordeal. Shishupal is the principal of a private school and he has to look the part. 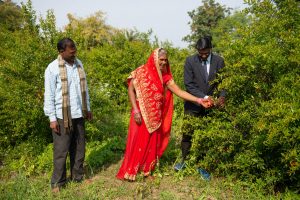 The courtyard extends to a pomegranate orchard and kitchen garden. Shishupal’s parents are farmers and they plant wheat, chick pea and pulses in the little land they have. They have raised six children and they barely get by even though they have laboured all their lives in the field.

“We don’t make much money from farming even if we work hard year-round. There are not many opportunities in farming,” says Shishupal’s father Laxman. 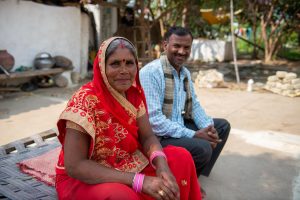 Laxman and his wife Sakhi Bai have always wanted a different way of life for their children but they didn’t know how to provide it. Their eldest daughter dropped out after 5th standard and was married at the age of 15. They thought it was normal because everyone in the community was doing so. They themselves were married at the age of 18 and 16 respectively. They learned about the evils of child marriage when World Vision India came to their community in 1999. Overall, the living condition was so much worse before that. Children in the community were given very little opportunity to succeed in life. Even basic needs like water and toilets were unavailable to most. 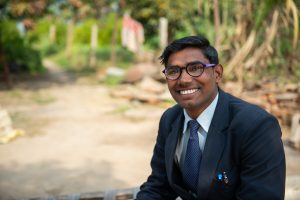 Shishupal doesn’t come across as a shy person, but as a child he couldn’t speak in public. Teaching as a profession didn’t even cross his mind, not even in his wildest dreams.

“My brother was very shy, he couldn’t speak in public. We can personally see the transformation in his personality after attending World Vision India’s programme,” says Shishupal’s younger sister Hemkumari who is in BA final year.

Shishupal was World Vision India’s sponsored child for 10 years. He actively participated in awareness programmes and learning activities initiated by World Vision India and was part of Rani Laxmibai Children’s Club. He attributed his confidence building to Life Skills Education for Transformation (LSET) and Life School for Transformational Development (LSTD), where children are taught life lessons through songs, dances, skits and other activities.

“I thought I wouldn’t be able to do anything in life. I couldn’t even say my name in public. I didn’t want to attend school because I was very shy. Life Skill Education for Transformation activities were very good for me. Sometimes we would pick a word and speak on it. It has honed my public oratory skills. I was part of Play for Peace and we spread social awareness on various issues,” says Shishupal.

Shishupal proudly recounts an incident when one of World Vision India’s staff who had met Shishupal when he was younger didn’t recognise him because he had changed so much within a couple of years. As World Vision India’s sponsored child Shishupal received all the support needed for him to stay in school. He received a bicycle for riding to school. The family also received solar lights for studying at night, when electricity was erratic.

“Everyone studied a little. Girls studied up to 5th standard and 8th standard and boys completed 10th or 10+2 and joined their parents in farming. But now there are so many college going boys and girls. So much has changed after World Vision India’s intervention,” says Shishupal.

Shishupal completed his Bachelor in Arts from Lalitpur and taught at a Remedial Education Centre (REC) for two years. REC gives learning support for children under 6-14 years. Each REC has a teacher and free classes are given for two hours, six days a week. This is to ensure that children attain appropriate age learning and also develop foundational, essential and applied life skills. Shishupal has been a strong advocate for LSET activity based learning because of the impact it had on his life. 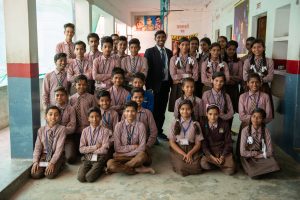 because they couldn’t catch up. Through REC the enrolment in school has improved and the dropout rate is lesser. Through LSET activities children learned so much more about public speaking and gained confidence. Even parents can see drastic improvement in their children’s lives and they encourage them to attend REC,” says Shishupal.

He went on to complete Masters in Business Administration from Bareilly and is currently pursuing ‘Basic Teacher’s Training’, a two year’s course from Lalitpur. 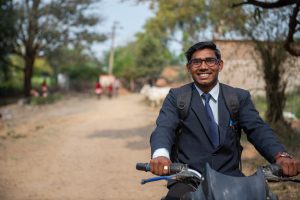 Shishupal rides his bike to school and walks into his office on the second floor. For a young man, the responsibility of looking after a primary school with more than 300 students is a huge task. But he revels the opportunity to teach and learn from his work. Though new to the job as a principal, he has been teaching for a while. Trying to come up with the best teaching methods for his students, his mind always goes back to the time he spent at World Vision India’s Children Club. He has borrowed the LSET and LSTD exercises and used these methods to teach his students twice a month.

“I saw massive improvement and we have continued it,” says Shishupal.

Shishupal’s heart is for the poor and for the many children who can’t afford to attend school.

“I want to open a school of my own someday and have concessions for children who can’t afford. I would like to give free admission for few students too. Teaching is my passion but serving the society is what I learned from World Vision India,” says Shishupal. 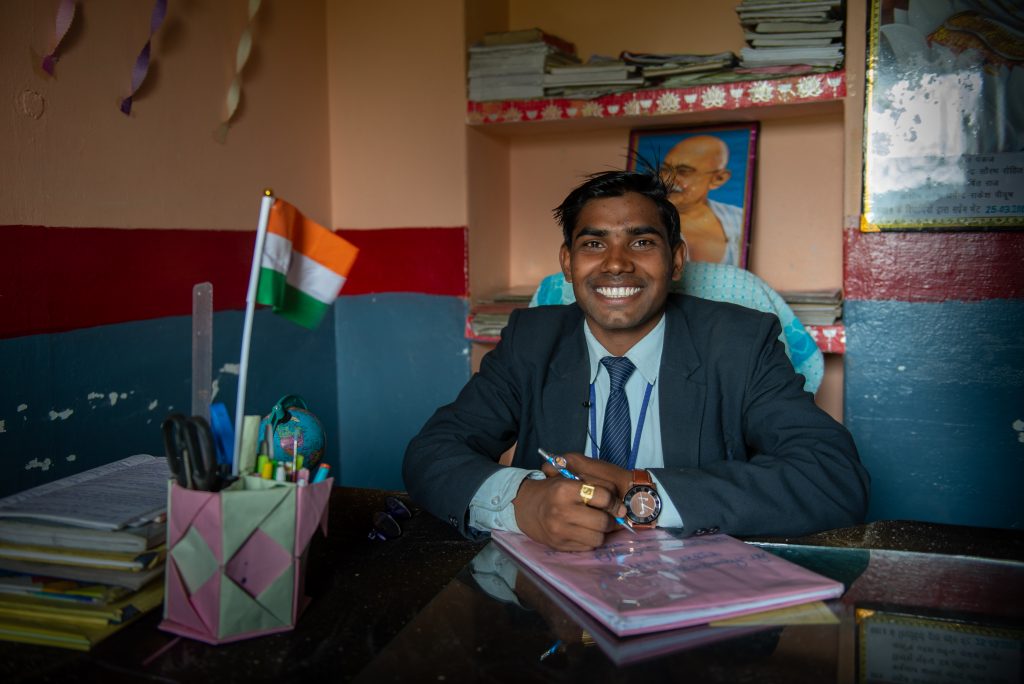