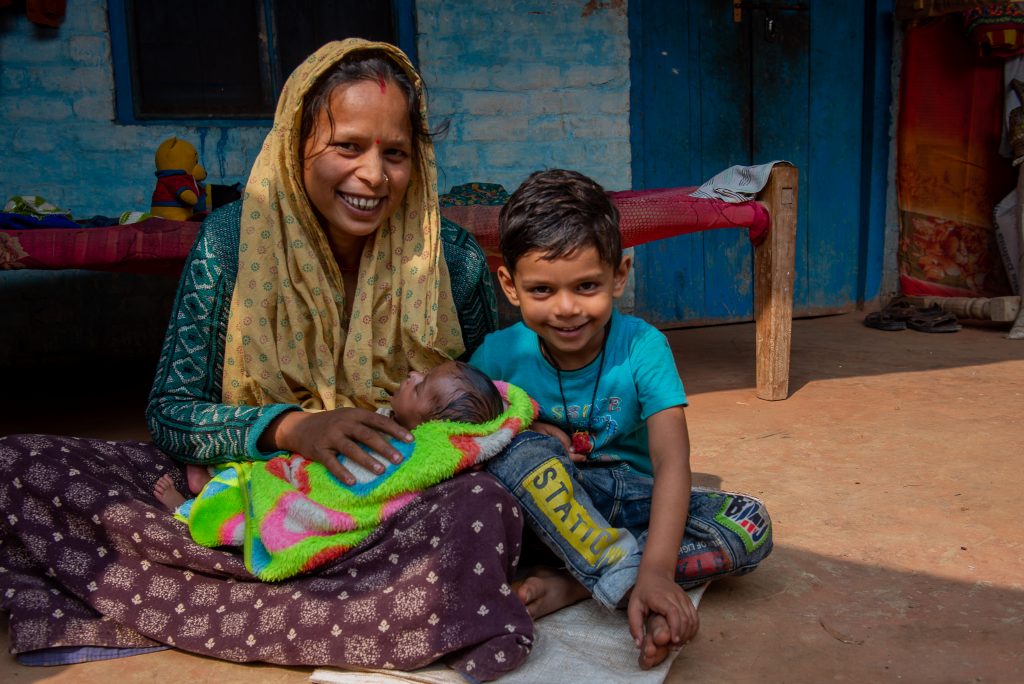 A year ago, 4-year-old Raghav would sit on a cot at his home or lay down on it for most part of the day. Anuradha didn’t know the reason for her son’s physical weakness. She assumed he liked being at home more than playing outside with friends. His feeble arms and weak legs hindered Raghav from being as active as his peers around his home in their village in Unnao, Uttar Pradesh.

It was only when World Vision India’s Timed and Targeted Counselling Volunteer, Rekha, visited Raghav’s home and did a check-up with the Mid-Upper Arm Circumference tape that she found that Raghav was severely acutely malnourished. 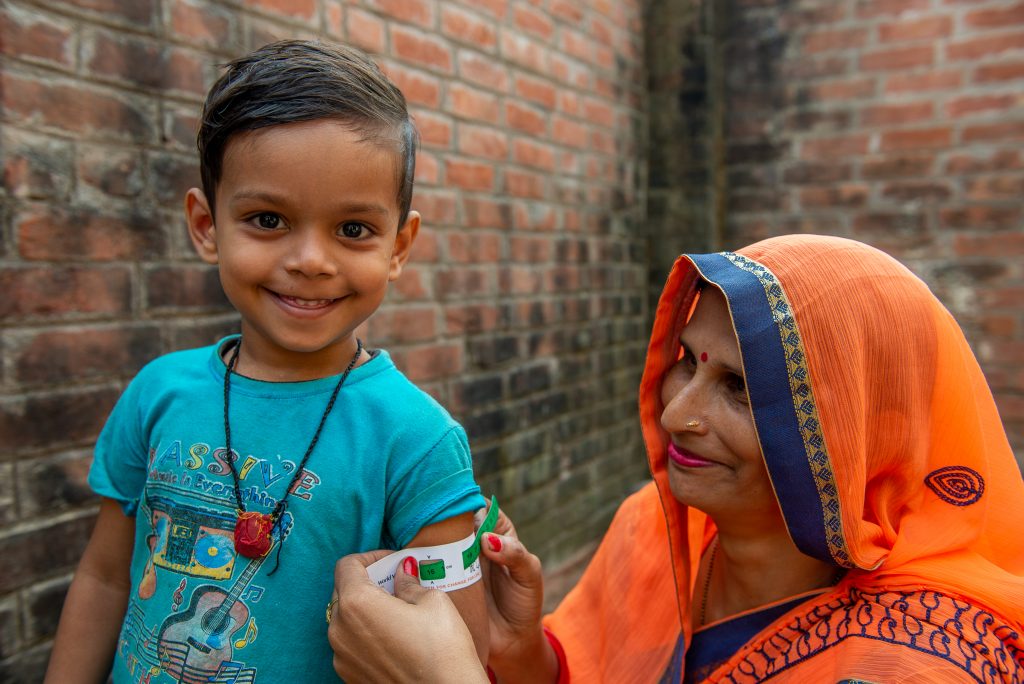 At that time, Rekha immediately provided the family with a food basket that contained pulses, wheat, oil, spices and salt to cook nutritious meals for Raghav. Raghav’s mother, Anuradha, was also asked to take part in the Cooking Demo Training conducted by World Vision India. “I began cooking and feeding Raghav dishes that I learnt at the Cooking Demo training sessions, and in less than a week I could see such a difference in Raghav’s health.”

As the food basket would only last the family a few months, World Vision India also provided the family with green vegetable seeds. They were provided training in Kitchen Gardening. During COVID, Anuradha’s husband, Deepak, who is a daily wage labourer lost his earning as there were no jobs. At that time, the vegetables from the Kitchen Garden – like Spinach, Bottle Gourd, Ladies Finger, Cucumber, Egg Plant, Mustard and Fenugreek helped Anuradha feed her son well. 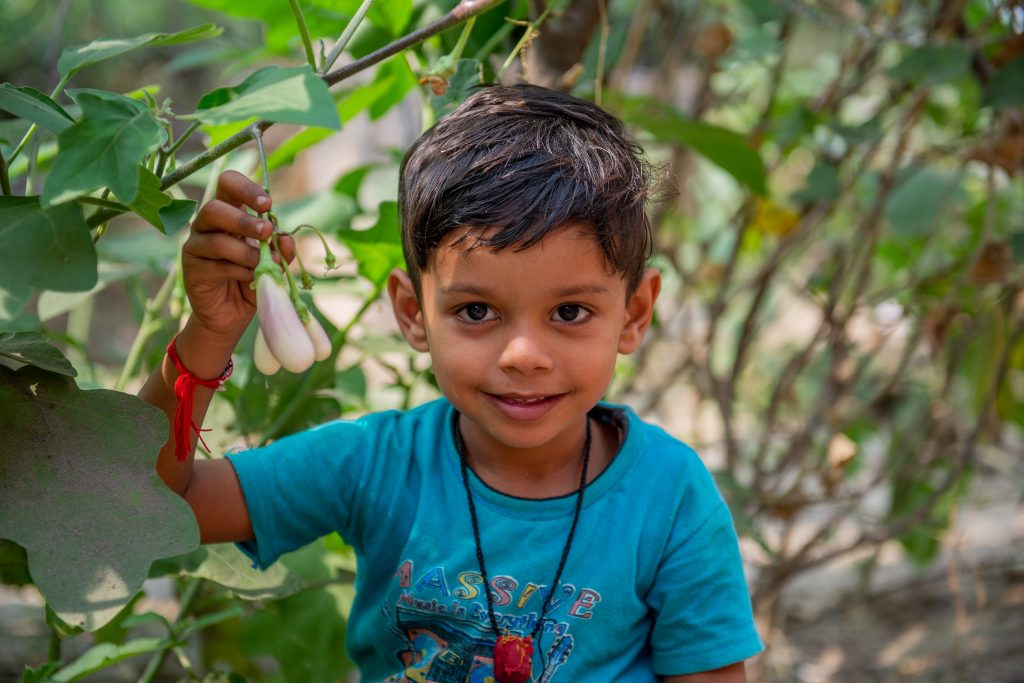 “We used the vegetables to feed our family good and nutritious meals and we also sold a lot of the vegetables that grew in our garden. The income from those has also helped us have a better life,” says 55-year-old Hanuma, Raghav’s grandmother. The family sold vegetables like Spinach and Eggplant for 5-6 months during the lockdown and earned around INR 3000 every month.

Earlier, Anuradha fed Raghav meals only twice or thrice a day. But after the training and counselling that was provided to her and easy access to green vegetables, pulses and grains, she began feeding him 6 to 8 times a day – helping him gain back all the lost weight.

These provisions and training enabled Anuradha provide Raghav with good and timely food. Within a year, Raghav’s weight has increased to 15 kilograms with 15.5 cm MUAC reading, indicating that Raghav is no longer malnourished. Instead, he is now a well-nourished child. 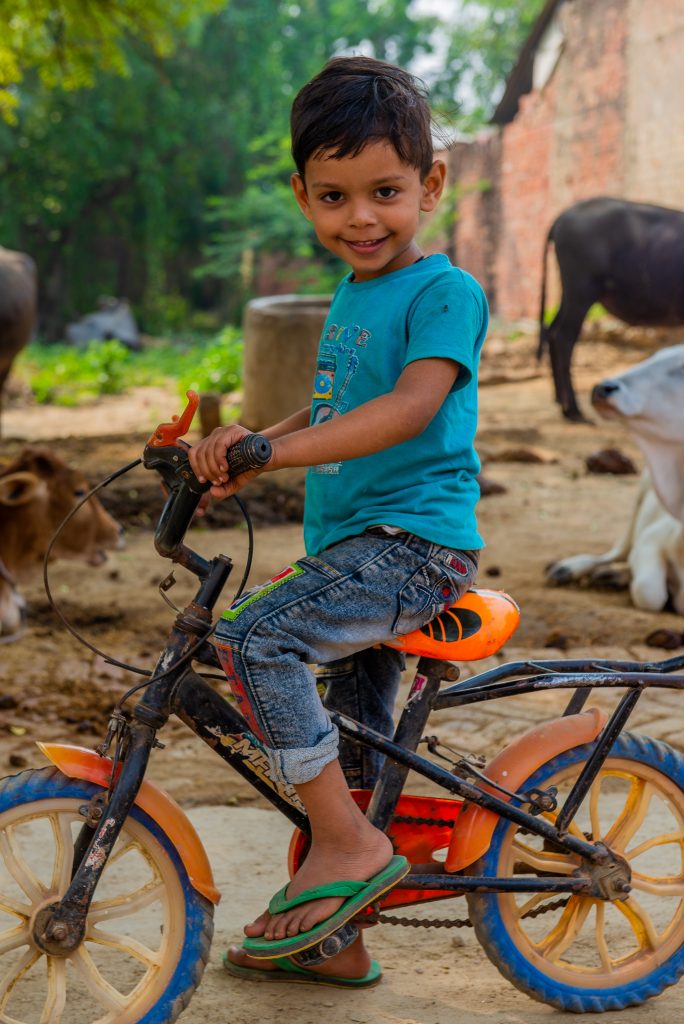