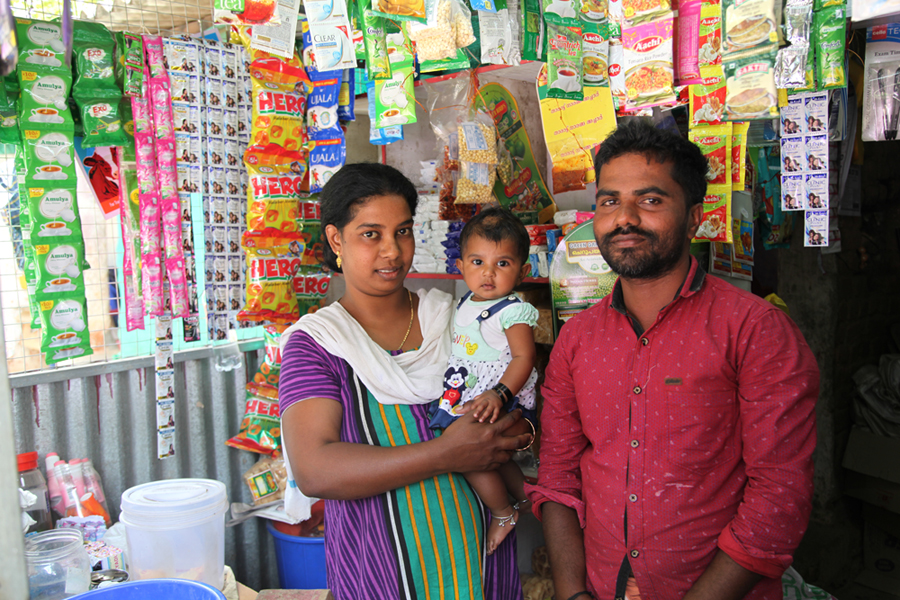 “This shop, even though looks smaller, was our only means of survival before few months when I was unable to go for work,” says 36-year-old Suresh from Kattappana, Kerala. He met with an accident and was bedridden for more than six months. During those days, his wife Ambika ran the petty shop built adjacent to their house. The shop was built after the family got loans from IMPACT. They got loans thrice with which they initially cultivated cardamom and later put up the shop.

Innovative Microfinance for Poverty Alleviation and Community Transformation (IMPACT) is the micro-finance wing of World Vision India. IMPACT works with families and communities providing them micro-credit to improve their livelihood and become self-reliant.

He still distributes milk after recovering. “But, I make sure that I get enough sleep during the day,” he says. Ambika has taken up the responsibility of the shop, since her husband needs to sleep once he is back from work.

They have two children, Athira, studying in the first standard, and her sister, 6-month-old Avanthika. Athira is a spirited little girl and enjoys going to school. She loves her little baby sister. She carries her everywhere. Avanthika seems to like it too. “Once Kunjava (baby) grows up, we both will go to school together. It will be so much fun,” says Athira.

Few years ago, when there was an Area Development Programme (ADP) in Kattappana, Suresh used to be a community volunteer with World Vision India. “The experience I got as a community volunteer with World Vision India has helped me a lot. Now, IMPACT has helped me by providing loans at a low interest rate. So far, I have been able to repay the loan on time. The shop is very profitable and I am able to meet most of the expenses of our family with it,” says Suresh thankfully.