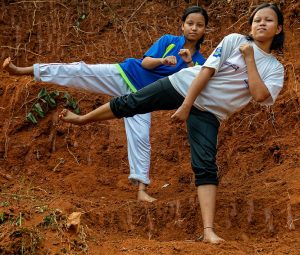 A one and a half-kilometre walk, a ten-kilometre ride on a local bus, a little more walking and hours of rigorous training – this is what it took 17-year-old Richa and 19-year-old Prithima, from an underprivileged family in Guwahati, to become national-level Tang Soo Do and Tae Kwon Do champions. More than anything, ‘self-defence champions’. 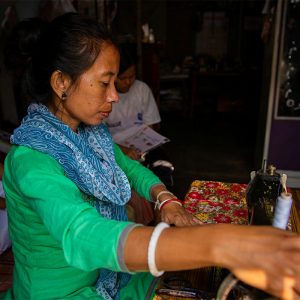 Five years ago, Purobi, the mother of these two girls, was busy stitching clothes on her tailoring machine. Her thin, wrinkled fingers quickly ran a piece of cloth through the machine, and the only thought on her mind was to earn a few extra bucks to help feed her family. Just then, World Vision India’s Community Development Facilitator, Anjan, called out her name from the entrance of their home. “We’re having a 12-day camp to train young girls in self-defence. Would you like to send your daughters?” he said. A blissful glee spread across Purobi’s face as she quickly nodded yes to Anjan.

“Self-defence emboldened me to become fearless. I used to think that boys or men were stronger me. I was always afraid I’ll be attacked. Now, I believe I can easily defend myself from anyone attacks me”, a confident Prithima says. Not just Richa and Prithima, but after the camp, 20 more girls were motivated by the duo and learnt self-defence. The following year, three adolescent boys in their community were also motivated by the girls and joined the self-defence classes.

When the trainers saw the talent in these two girls, they invited them to train in Tang Soo Do (another Korean martial art) for the next year at the Assam Tang Soo Do Sports Association. In July 2015, both Richa and Prithima travelled for about 15 kilometres to be trained in the sport. Despite harsh difficulties, the girls managed to keep afloat their studies and learning self-defence at the same time. In time, their vehement chase to ace the sport was fruitful.

Sooner than expected, both the sisters were selected for a district level tournament and won bronze medals. This was their opening to national level games. In January 2016 and 2017, they played at national level tournaments and secured silver and bronze medals. Richa, not only won two gold, two silver and two bronze medals, but also received the title of the ‘Best fighter of the tournament’ at a National Tang Soo Do tournament in Goa in October 2017. Prithima also won three gold medals, a silver and three bronze medals in the same tournament. Ever since, the girls have participated in over five district, state and national level games and have proven victorious. Today, both Richa and Prithima hold green belts in Tang Soo Do. Prithima, who has been practising Tae Kwon Do since 2017, holds a red belt in Tae Kwon Do. 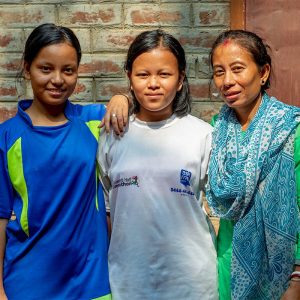 Their many medals hang on a small wooden door and trophies stand lined up on their 6-feet cupboard in their small home, but this was no ordinary journey for the sisters. When they began their training, their father being the sole breadwinner of the family. His income (about 35 – 45 $ a month) was insufficient to pay their expenses for training. At that time, World Vision India stepped in and supported the family by providing them with a petty shop as part of an Economic Development Assistance (EDA) intervention. My income from the petty shop is also higher than what I earned earlier. This helps me pay Richa’s school and Prithima’s college fees”, she says with brimming joy. 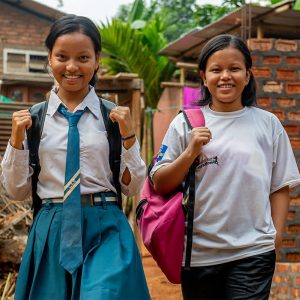 Prithima, a World Vision sponsored child, says, “As the elder child, I wanted to change all negatives into positives for my family”. Richa, now studying in the10th grade after tackling many hurdles, wishes to participate in international games. She says, “I feel good when other people recognise me because of this sport. Many families in our community are inspired by us”. Recently, a Community-Based Organisation (CBO) in their village honoured the two sisters for their achievements – a proud moment for the duo and their parents. 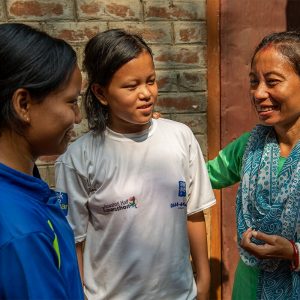 World Vision India has run self-defence training in various parts of the country where crime rates against women have been on a rise. Thousands of girls from vulnerable communities are trained in self-defence, who have become fearless of those who mistreat and attack them. This year, even the Indian government has asked all states in the country to avail funding for Self-Defence training as an Integrated Scheme for School Education. Self Defence training will be imparted to girls from classes 6 to 12 studying in government schools. For girls from underprivileged families, this move brings hope to dream big just like Richa and Prithima.

Learning self-defence helped the two sisters – pursue higher education, become sports champions and, above all, become confident and fearless. Purobi notes that girls from their community have all become bold. She says with pride, “I see my daughters as equal to men, they are no less!”