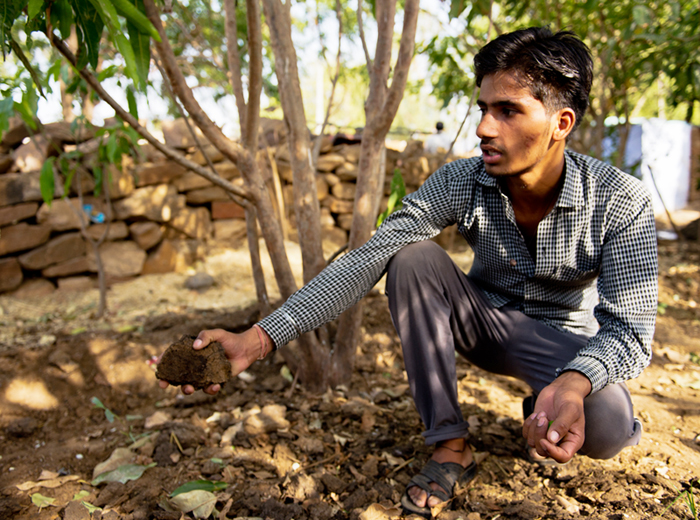 “My father gave up farming because we haven’t had proper rainfall for the past two years”, exclaims Prakash. He says this as he is walking through well-nourished trees in his own garden in the compound of his house in Baran. “But I won’t give up on my trees, I’ve worked very hard to grow them” he added, carefully nestling through.

Four years back, Prakash was given three saplings, one mango and two guavas, to be sown near his home for him to nurture and look after, as part of a climate change sensitisation programme organised by World Vision India.

And his passion for nurturing greenery didn’t stop with three saplings; Prakash took the initiative himself and also grew pomegranate, lemon and eucalyptus in his very own garden. He also brought a cotton plant growing near his house to his garden to nurture and grow it.

“Since the past one year, due to lack of water I have to walk to nearby villages to draw water for my plants and trees. I won’t let them die” Prakash further added, explaining how he is fighting the odds to keep his garden alive.

Only a few kilometres ahead of Prakash’s village is another scorched land, unquenched and deserted. 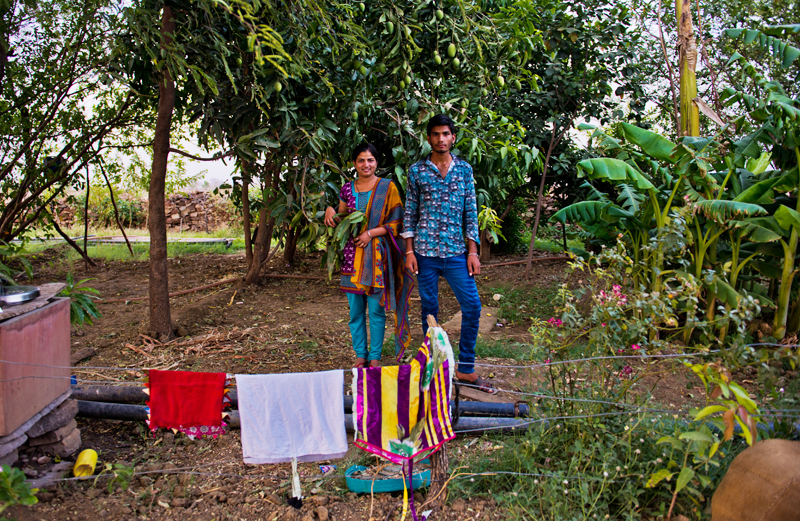 Here lives Radha, 18, and her brother Ram, 16. From lady’s finger to eggplant to guava to mango to banana and more, their garden has a wide range of fruits and vegetables growing. It all began three years ago when these children, 13 and 15 years old then, were given saplings to grow and nurture at their home.

Radha says “When we learnt about the importance and benefits of trees, we decided to grow plants and trees that bear fruits and vegetables so that we can help our parents, who are farmers. Now, we hardly buy fruits or vegetables from the market” adds Ram, “we have also planted chilli and curry leaves, these come in handy”.

About a handful of villages away, sitting among a children’s focus group discussion is Sulochana holding tightly to her youngest child Akshita, one-year-old. 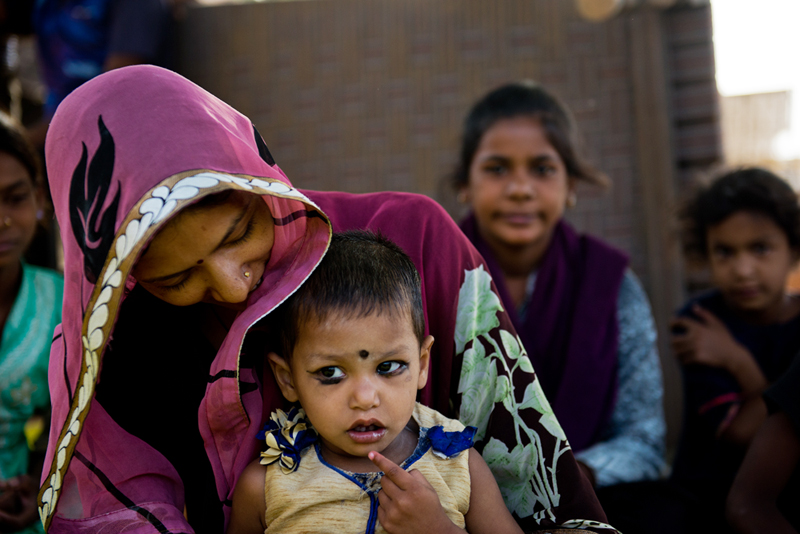 “My children are part of the children’s club in our community. In 2015, they were called to attend a sensitisation programme that teaches them about plantation. When they returned, I immediately asked my children what they learnt and helped them plant the saplings they received. My three older children and I together watered and nurtured these plants to see them grow into beautiful trees that are bearing us fruits and giving us shade”

Over time, Sulochana planted more saplings and seeds of different fruits and vegetables. World Vision India assisted her to till the soil and also build a fence around this fruit and vegetable garden. She and her children water this garden every day, fetching water from a well near their home.

The children’s club programme on environment and the sensitisation programmes helped the children from Baran realise the importance of protecting and conserving the environment, and also become change agents in their respective communities – facilitating a community-led natural environmental regeneration.

The children were provided with an ‘Activity Book on Environment’, wherein they are engaged through a series of activities that teach them about trees and plants of their villages. The children through these programmes plant two saplings of local varieties of trees, as well as adopt a tree growing near their house. The other activities help the children in understanding the value of trees and the reasons of ‘why trees are called our friends’.

Though growing plants and trees in their villages is of utmost importance, the climatic condition in this region stands as a threat to its progress.

According to Water Resource Department of Rajasthan and Indian Meteorological Department of India, data reveals that Baran district of Rajasthan has seen the one of the least rainfall among other regions in the past three years. And the data from March 2018 to May 2018 shows that Baran has not received any rainfall despite there being a storm in the region.

In the face of this harsh reality, children from these communities are stealing the show.

In a sample survey conducted in four of fifteen villages where World Vision India ran the climate change sensitisation programme, representative data shows that 81.51% saplings given to these children are alive and thriving. 63.78% of them are already bearing fruits and an average of 23 kilograms of fruit is being procured by each family.

Children and their families are using these fruit in different ways – about 58% of them are even sharing it with friends and relatives.

In the blistering heat of Baran, these trees are a source of cool air and shade to these families. 71% of them say that the saplings given by World Vision India have provided them with shade at their homes.