Rakhi recently represented World Vision India in the World Vision’s Regional conference under the theme: too young to marry. But in her village in Siliguri, she is known for all the wrong reasons. Rakhi has been verbally abused and ridiculed for doing the right thing. For a young girl of 18, it is an overwhelming experience to be at the centre of all these commotions.

Rakhi, with the help of World Vision India’s volunteer Nilima and Girl Power Group (GPG), has stopped 8 child marriages during the second phase of the Covid-19 lockdown. This feat is nothing less than heroic, but she is hated by many for the same reason. “I can’t go to the shop or walk around the neighbourhood without grown men yelling abusive words, or threatening to beat me up if I continue this,” says Rakhi.

Rakhi’s small frame and shy demeanour belie her resolute and unwavering resolve. She has been on the receiving end of so many abuses and threats but she pressed on. But for what? For her belief in child rights. “Every child has the right to live their childhood. It is a time for them to play and learn. Once they are married, they are burdened with providing food for the family and raising children. I want them to live in freedom,” Says Rakhi thoughtfully.

Most of her beliefs and support come from her mother, Kajal, 39, who is a single parent. In her mother, Rakhi has a strong hardworking woman to look up to. Kajal owns a small apparel shop. She makes dresses and sells them door to door on her bicycle.

Kajal gets the same abuse and threats her daughter gets when she goes around the village selling clothes. “I don’t care about it. I feel good that my daughters are doing the right thing for the village. I always tell them to go ahead and never look back if you know you are doing the right thing,” says Kajal, with tears of joy. Her younger daughter, Padma, 16, is also an active member of GPG.

The day Rakhi’s mother Kajal married was the day she dropped out of school. She was 15 years old and in 9th standard. “We didn’t know it was illegal then,” says Kajal.

The pandemic has been a major setback in the fight to end child marriages because it has undone years of good work in a matter of months. According to Unicef, over the next decade, up to 10 more million girls will be at risk of becoming child brides as a result of the pandemic.

Child marriage cases have increased during the lockdown at Rakhi’s neighbourhood. Since it is located at the border of Nepal and Bihar cross-border trafficking is a common occurrence. “During the lockdown, wedding expenses are less, so that is one reason for the rise in child marriages. Parents are also worried about teenagers on the phone and social media. Children are lured by adults. Parents worry that if that their children eloped, it will bring a bad name to the family. So they wanted to marry off before that,” says Nilima.

Another reason for the surges in child marriage is the school closure. In most of these villages, online classes are not an option. Without schools, many parents deemed it necessary to marry off their children, as it would also reduce the family’s burden.

Recently, Rakhi came across a girl who was sold as a child bride. “The girl was just 14 years old, and the family sold her to be a bride of a visually impaired person. The family is the problem in such cases. It is very hard to convince the parents or make them understand. At such times, only pressure from the police or local politicians can make them change their minds,” says Rakhi.

When Rakhi receives news of child marriage, she immediately inspects the family and makes sure the bride and groom are of legal age. They are asked to produce their birth certificate to verify their age. “They tell me all sorts of things. They try to buy my silence. They tried to threaten me, but I’m just doing what is right and legal,” says Rakhi. 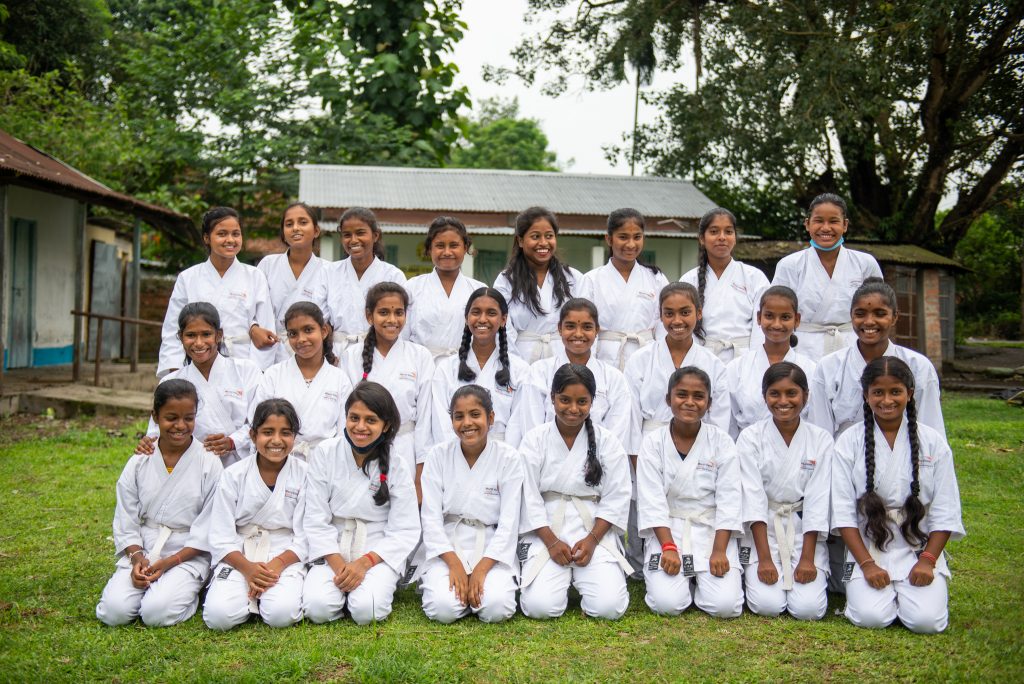 At Darjeeling district, World Vision India is working in two Blocks, under three village councils. More than 1500 girls are part of the Girl Power groups in 65 villages. The girls are sensitised on issues of child rights, trafficking, and child marriage. GPG members also attend self-defense classes. “Girls in this community are aware of child marriage because of the GPG meetings, but boys are not. So most of these under-aged brides are from another community,” says Nilima.

Life has been tough on Rakhi and her family because they decided to do the right thing, but there are encouraging signs as well. Payal, a girl of 17, eloped with a boy after meeting on social media. Rakhi’s intervention stopped the wedding, and the girl is very grateful to Rakhi for it. “I thought the boy was really in love with me because he kept sending messages on social media. When Rakhi stopped the wedding, I was very angry. But now I’m very happy because my life would have been over if I had married. Now, I’m in 10th standard, and I dream of becoming a doctor someday,” says Payal.

Rakhi has completed 10+2 and enrolled in the Auxiliary Nursing Midwifery course in Bangalore. She believes she would have never gone this far without World Vision India’s intervention. “We get proposals for my marriage, but we never considered because I want to continue studies and be able to stand on my feet before even thinking about it,” Says Rakhi.

(All names changed to protect identity)

2 thoughts on “One girl’s fight against child marriage”