It is seven in the evening. A crowded local train pulls up at a busy station in Mumbai. Several people get down, but an equal number (if not more) get in. As the train begins to depart, a man runs towards it in an attempt to board the moving vehicle. He nearly misses but is able to grab onto a handle. He smiles as he holds on, but not to the amusement of worried onlookers.

For the people of Mumbai, this is a regular scene, especially during peak hours. In fact, it is estimated that almost nine people die every day on the local tracks due to a number of reasons. This estimation became a turning point in the career of former sponsored child Malachi Joseph. 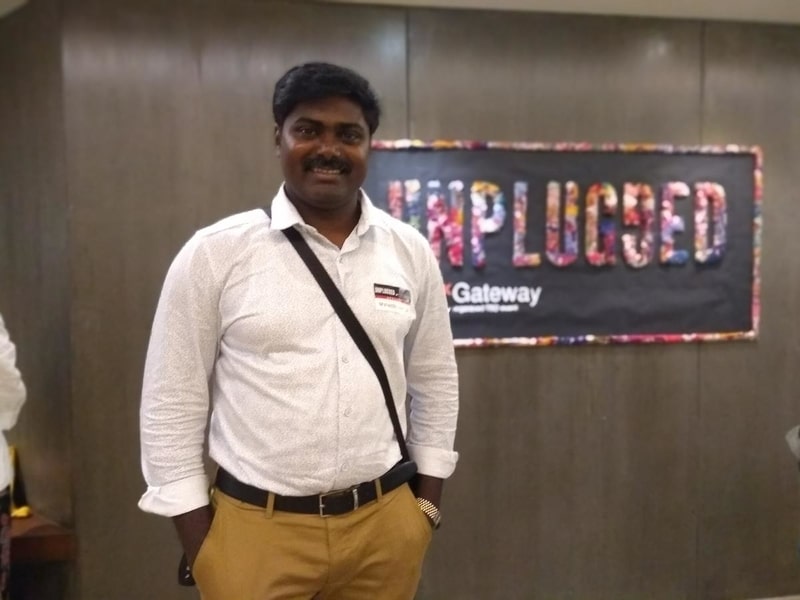 With the desire to make train travel safer for commuters, this 37-year-old engineer quit a well-paying job to start his own company JM Design and Innovation. He went on to create and patent the Visual Alarm Indicator System (VAIS) that could act as a Virtual Gate and prevent people from boarding a moving train. He hopes the device will ensure a behaviour change over time, inhibiting people from taking risky steps.

He calls this project ‘Safety First” and is working on its implementation in the local trains of Mumbai. At present a replica of the VAIS has been installed on two trains on the Western and Central Railway for a test run and feedback from commuters. 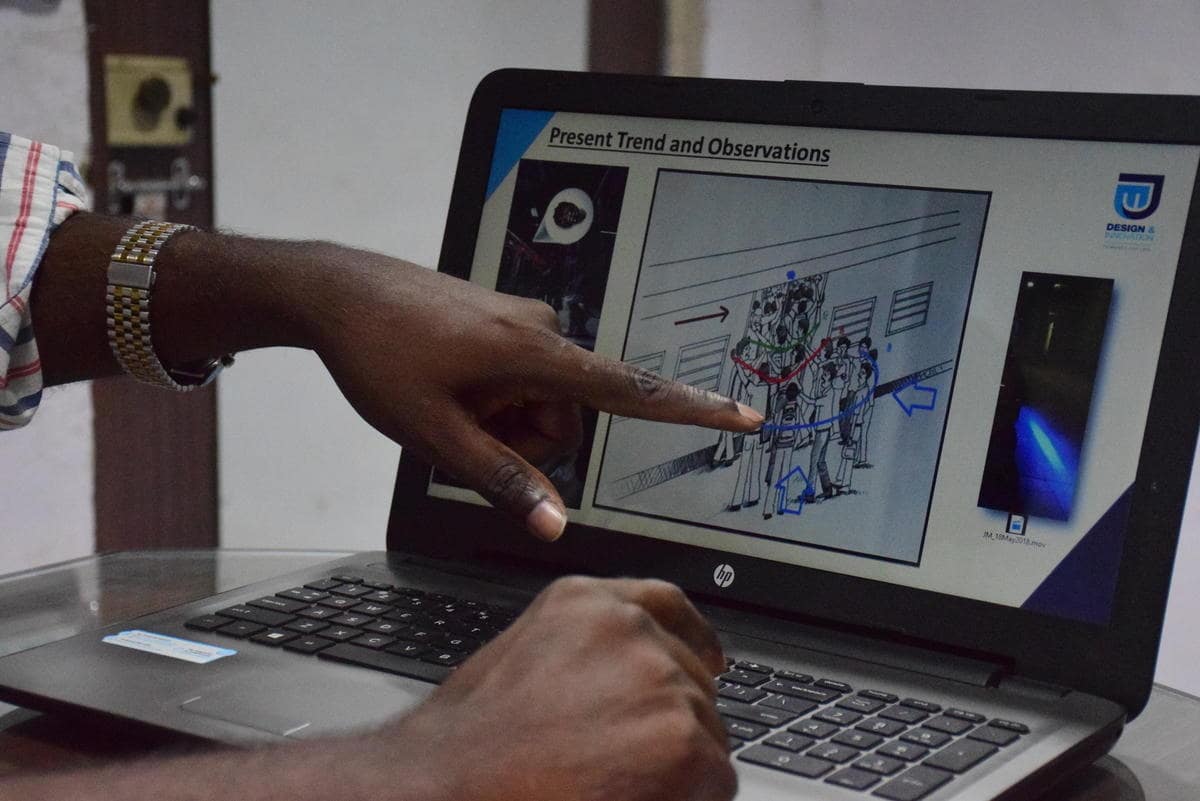 To learn more about the inspiration behind the product and the role of World Vision in his life, we met Malachi at his home in Mumbai. He was accompanied by his wife Joy, their seven-year-old son Jerome, Malachi’s sister (Rebecca) and her son (Jonathan) and Malachi’s mother (Joyice).

A soft-spoken and simple man, Malachi worked very hard to get to this stage in his life. Although his friends and colleagues thought he was crazy to leave a stable job, he found support in his family who believed in his vision and dreams. He now has three patents to his name and has successfully contributed to several projects across India and the world. This has shaped his outlook towards designing products that are innovative, accessible and affordable.

As a child, Malachi lived with his parents and siblings in Mumbai till he was in the 2nd standard. However, after his father lost his job as a foreman in a factory, the family of five moved to his mother’s native place in Tamil Nadu for a better education. It was here that Malachi was introduced to World Vision India back in 1993, through the two child care projects that were supported in his village. 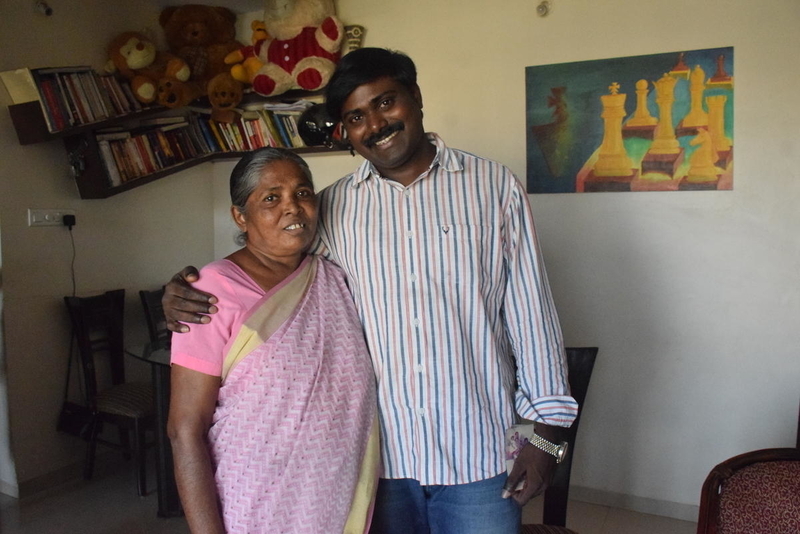 Malachi recalls the sponsorship work in his school. “Out of the 50 students in the class, at least 30 were sponsored by World Vision. Our school fees was Rs. 45 to Rs. 60 and the hostel fees were Rs. 700 to Rs. 900 per month. As a sponsored child the hostel fees were free and we only had to pay our school fees. So the sponsorship was a great help for us,” says Malachi.

When we asked him about his early memory of World Vision’s work in his community he says. “I don’t remember the details because I was young. But I recall a few things that we received in addition to this like a school uniform, a dress, a mat, pillow, bedsheet and also greeting cards,” says Malachi.

Although Malachi’s home was close to the hostel, he lived there from the 7th to 9th standard. Those years were crucial for him as he could focus purely on his studies without having to worry about other things. He says, “My brain got the right nourishment of food plus a good environment to study in. At home, we sometimes didn’t have enough to eat. That’s why staying in the hostel made a big difference to my life”.

THE JOURNEY TO BECOMING AN ELECTRICAL ENGINEER

Through his school years, Malachi was a bright student and very eager to learn. After completing his 12th standard, he left for Mumbai and even tried to join the Indian Navy. But he wasn’t able to clear the exam. He then took up odd jobs at an electrical shop and later as an operator to repair lifts, where he picked up the practical knowledge and skills required to become an electrician. In the evenings, he would also help his brother to sell dosas on a busy street in the suburbs.

He did this for a year, but soon enough he felt a restlessness to do more in life. So he took all his savings and went back to his native place to enroll in college. Since his dad was a mechanical engineer, he felt like he already knew a lot about that discipline and that’s why he was one hundred per cent sure about studying electrical engineering.

Malachi successfully completed a two-year diploma course in electrical engineering and once again returned to the city of dreams (Mumbai) to pursue a career. Over the next 11 to 12 years, he worked very hard as an engineer and solutions provider to several companies. His creativity and willingness to take up challenging assignments saw him handle projects in the bio-medical field, pharma automation and various other technologies.

After travelling across India and to a dozen countries around the world, Malachi gained quite a reputation for being the go-to person for tough problems.

Malachi also subscribes to the philosophy of lifelong learning. As he was part of the key talent pool in his company, he was nominated to take a six-month management course at the Indian Institute of Technology (IIT) Bombay in the year 2015. Completing this course was an important achievement as it pushed him to work on his dream of starting his own business. 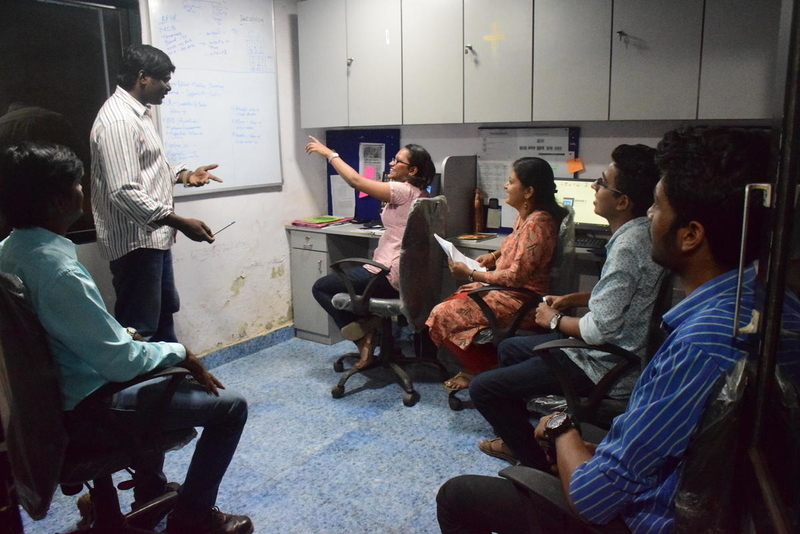 It took him two years to finally quit his job at a leading pharmaceutical company (where he worked for ten years) to begin JM Design and Innovation in the year 2017. As his first challenge, he wanted to figure out a way to reduce the number of deaths that occur on the Mumbai railway network that ferries around 8 million people daily.

A regular commuter himself, Malachi would often see accidents or injured people being carried off the tracks. A particularly upsetting incident for Malachi was when his father (who was undergoing dialysis treatment) injured himself because he fell on the platform while trying to board the train.

With the desire to change this unfortunately common phenomena, Malachi studied the problem thoroughly. He says, “I started reaching out to everyone – the Railway Protection Force (RPF), other officials and station masters to understand the pattern of deaths and injuries. I would stand at the station and observe the time taken for people to alight and board. Most people would say fix an automatic closing door for the train- that will end all our problems. I too came up with many concepts in automation, but I realised that any technical modification regarding doors would be expensive, increase travel time and would take very long to implement,” says Malachi.

He then started thinking of an alternative and came up with the concept of the Visual Alarm Indicator System (VAIS). The device has a programmable motherboard that will let out an alarm and light signalling to the passenger that the train is going to move and they are in the danger zone.

After designing the VAIS, he filed a patent for it in 2016. He then began to write to different departments of the Railways and finally got a response from the Central railways. He also took his designs to the Indian Railways’ central research wing and the Research Designs and Standards Organisation (RDSO) at Lucknow in 2016 and 2017. After some changes, they decided to do a test run of the VAIS on one door of a train. This technology was also shown to the Indian Minister of Railways Piyush Goyal, who later tweeted a video about it on his official page.

Although at present the product is still being monitored on a trial basis, Malachi is hopeful that there will be a time when the ‘blue light’ sees the light of day. He tells us, “I know that if my dad was alive today, he would really understand what I have done and he would’ve been very happy. So many media channels and papers have featured a story about this project. This is a huge recognition for me. My only desire is that this project is implemented in its truest sense,” says Malachi with a smile.

When we asked him about the other projects he handles, he mentions creating simple automated products for people with disabilities. He has worked on many such designs, but endeavours to make them cost-effective so that it can serve more people.

However, when he’s not designing prototypes or modifying equipment, Malachi tells us that he loves to paint and hopes to display his work at an art gallery someday. He says that it was in the hostel that he realised that his mind had a creative bend and that’s when he started painting. Apart from that he also enjoys public speaking and recently gave his third talk at an Unplugged Tedx Gateway event in Mumbai. 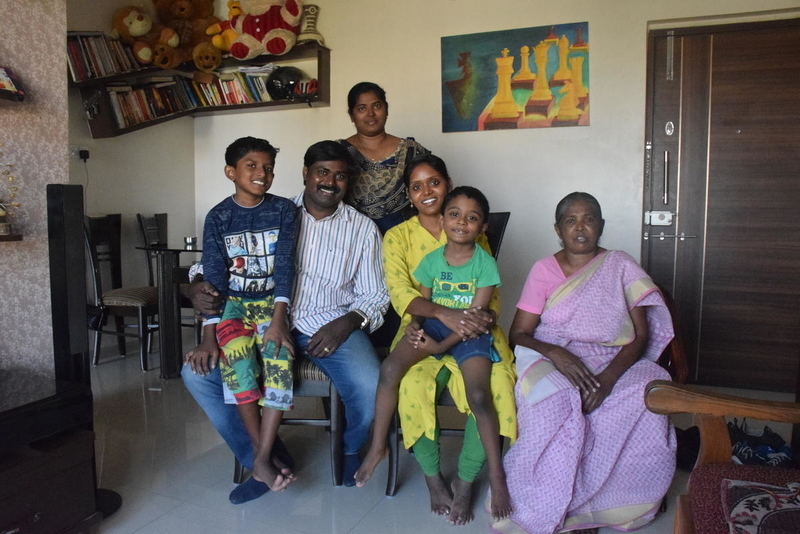 He concludes to tell us that if it weren’t for child sponsorship he and a lot of his friends, would not be where they are today. Some of them are living abroad, others are pastors and many have taken up social work. He says, “I am an example of what can happen if a child is given the opportunity to pursue a good education. If I wasn’t sponsored at that time, I probably would not have had the same observations that I now have. My life would be very different.”

Malachi has indeed come a long way from being a sponsored child in a small village in Tamil Nadu to a successful engineer with a strong social conscience. We wish him a bright and successful future as he continues to work relentlessly towards such passion-filled projects.