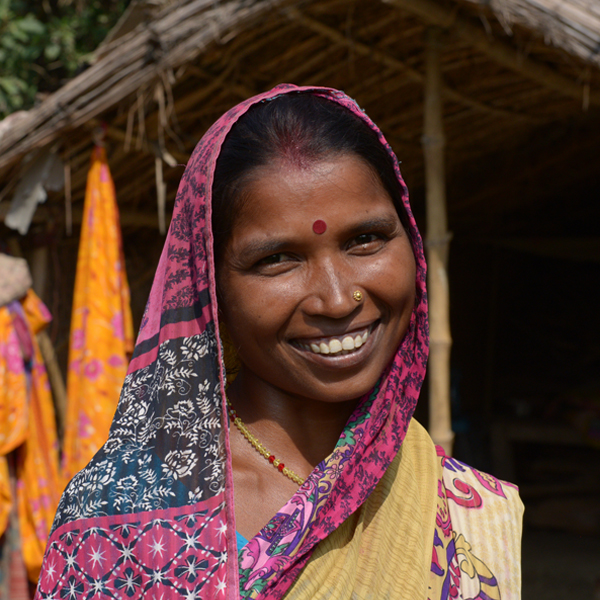 Sorrow knew Renu by name! From a very young age, Renu had to undergo hardships and it even followed her into her marital life. She lost her father when she was young. At just 14, she was married off to 18-year-old Devinder. The ‘happily ever-after’ dream shattered instantly – while other 14-year-olds enjoyed their teenage years, Renu was forced into the unsympathetic world of grown-ups, with numerous responsibilities. After her mother passed away, the responsibility of taking care of her brother along with her husband’s family fell on her shoulders.

Adding children to the mix was detrimental to the already-disintegrating marital relationship. As the children grew so did their list of basic necessities. The need to feed her hungry children impelled Renu to confront Devinder on his incompetence in acquiring a job. Nagging taunts, heated arguments further strained the matrimonial ties until it finally snapped.

Devinder just vanished, leaving Renu behind with a broken family. As a single parent, she resorted to extend her arms in front of anyone willing to loan her money to keep her children alive. “I lived in fear; where would I go with my kids, how would I raise them alone, I constantly thought to myself. No one was willing to loan us money because my husband hadn’t paid back previous loans. Out of desperation I went to beg from my sister. She had mercy on me and gave me little rice, wheat and money to feed my children. But that didn’t last long. I was desperate to search for any work, even if it was daily wage, working in someone’s field, I would take it,” she says. 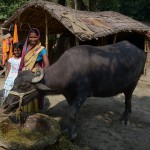 so that she could care of her children’s well-being. “My first thoughts were to provide the milk for my children; they had been deprived of good food for so long. Whatever milk was left I sold and with the money I bought vegetables, oil and spices from the market. Buying clothes was the one of the other few things I did when I started earning from the sale of milk. Joy had returned in our house and my children were so happy to receive new clothes,” says Renu. The buffalo was fondly called Chuja Munna. 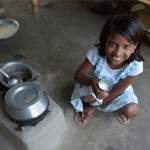 mily was one of 600 households in rural Vaishali district, Bihar, to receive a buffalo, to boost the income generation capacity of the most vulnerable and marginalised.

“The day mummy got the buffalo home I saw a smile on her face. My sickness was because we didn’t have nutritious food. Once the buffalo came, we could afford good food. She brought me healing. I love the buffalo because she helped us stay in school,” says 10-year-old Vishal, Renu’s second son. After the buffalo’s arrival, brick by brick Renu got the resources to build a sturdy house for her family. World Vision India supported her endeavour by providing CGI sheets for the roof to prevent water leaking during rainy season. 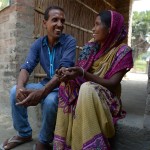 Lacking a father figure, Renu consoled her heart hoping for her husband’s return. Hearing about the arrival of an income source, Devinder made the bold decision to swallow his pride and return home. Overlooking her husband’s conscious decision to stay away from the family, Renu asked no questions and embraced him. Overwhelmed by thefirst sights of his then unborn child, who now was a beautiful young girl, Devinder let out a penitent cry.
“The day my husband came back I was overjoyed. The buffalo brought him back. She is our treasure. She glued all the scattered pieces of our family back together. All broken relationships, that of a father and his children, a husband and wife, a mother and her children, were restored again. Chuja, the buffalo, is part of our family and we live together in harmony,” says Renu. 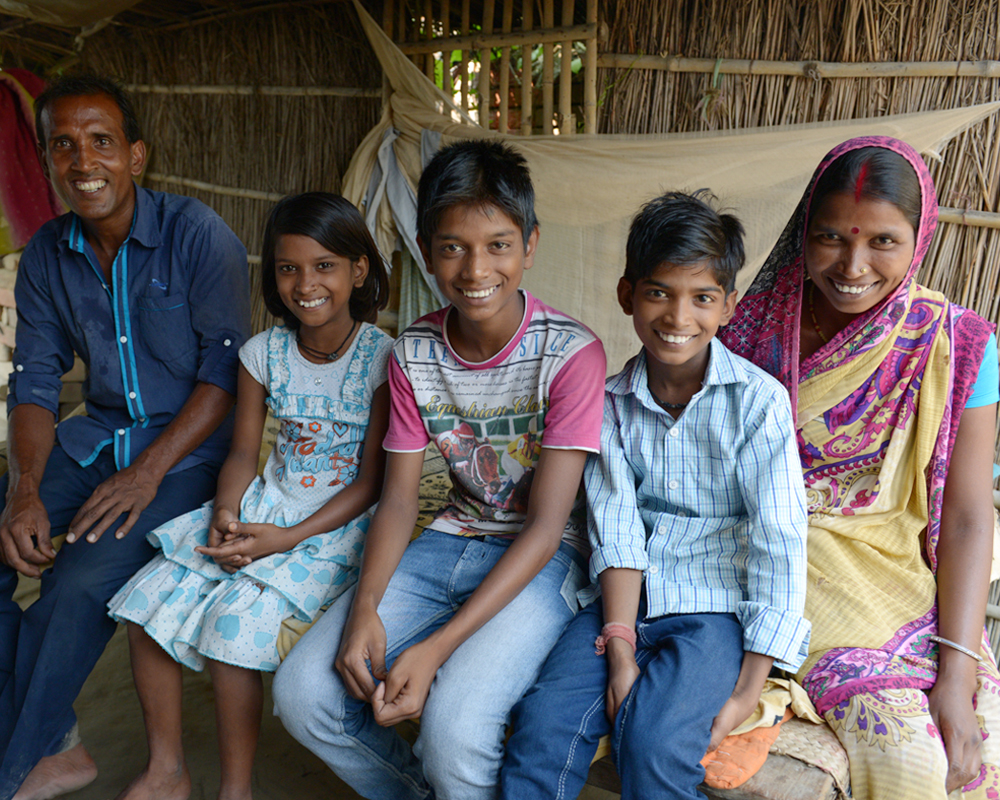