We are well aware of how children in urban cities travel to school. Have you thought about how children in rural areas go to school? We just thought drawing parallels between an urban and rural school going child would reveal their desperate situation. 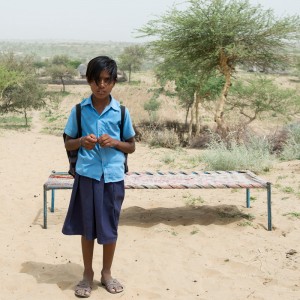 Parmila, 8, in grade 3, goes to school in harsh conditions, dealing with obstacles along the way. 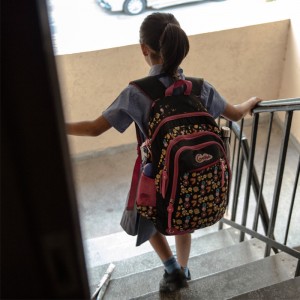 Anaya, 9, in grade 5, goes to school in more hospitable conditions. 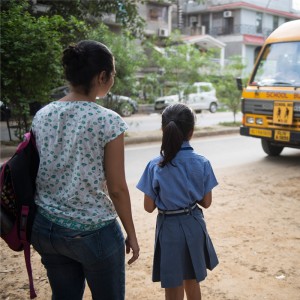 Parmila lives in Barmer, at the western part of Rajasthan, forming a part of the Thar Desert. She goes to a public school, the closest one to her home. Her father is a farmer and owns a tractor but has no other vehicles. Her mother never learned to read and is a housewife.

Anaya attends a private school in New Delhi. Her mother is a paediatric dentist while her father is a government employee. Anaya goes to school by bus. 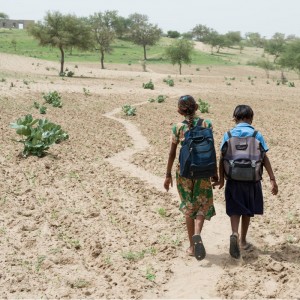 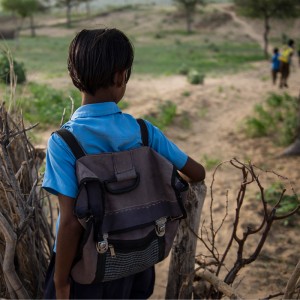 Parmila and her friends walk to school.They pass through thorny shrubs and take a long walk to their school

Anaya says she enjoys the bus ride and the best part about going to school, is, “Friends! I get to spend time laughing and having fun with them on the school bus.“

Her mother Gopika walks her to the pick up point every morning. 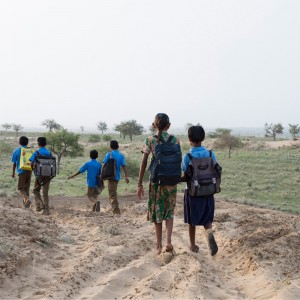 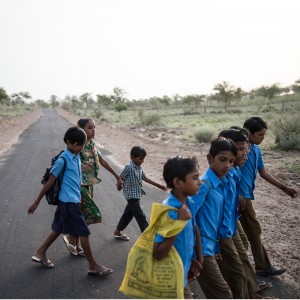 Parmila and her friends walk in groups. Having company keeps them secure. 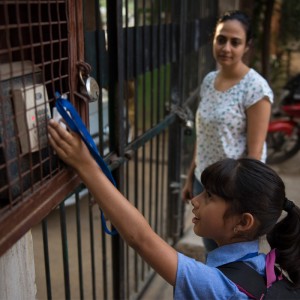 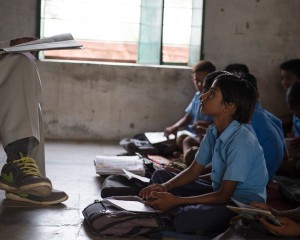 “We will continue to send her to school,” says Amra, Parmila’s father. “We want her to have a good life and be successful.” “However, problems will arise when she reaches 8th grade. Schools for higher grades are far and transportation is limited in these parts.” “Most children drop out. She may also follow suit unless something is done,” he adds, with a look of despair for his youngest daughter, Parmila. 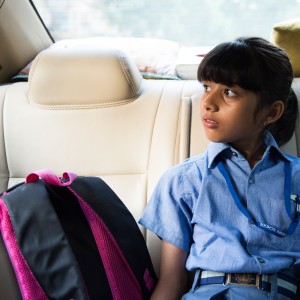 “Some families hire drivers for the sole purpose of driving their children around,” says Gopika. “We try and make the best for Anaya and at least drive her to soccer practices and music classes after school”. 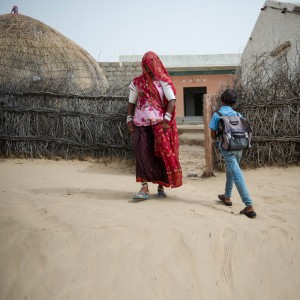 Back in Barmer children are exhausted after traveling on foot to school. All they do is come home and rest.For a child in a rural set up, being sent to school by parents and to make it to school every day is a challenge. But for a child in an urban set up, everything is pre-established. There are no second thoughts or anything to mull upon for sending their child to school. If there is a decision to be made, it would be to choose from the plethora of schools in and around the city.

2 thoughts on “Journey To School Rural vs Urban”