“Every time a daughter is born in our community, we have only one plan in our mind for them and that is to marry them off as soon as they become adults. But now I don’t want only marriage for my daughter, I want her to be independent in her life so that she can achieve great things,” says Manzoor, 13 year-old Iqra’s Father. Manzoor attributes this change in his attitude towards his only daughter to World Vision India. 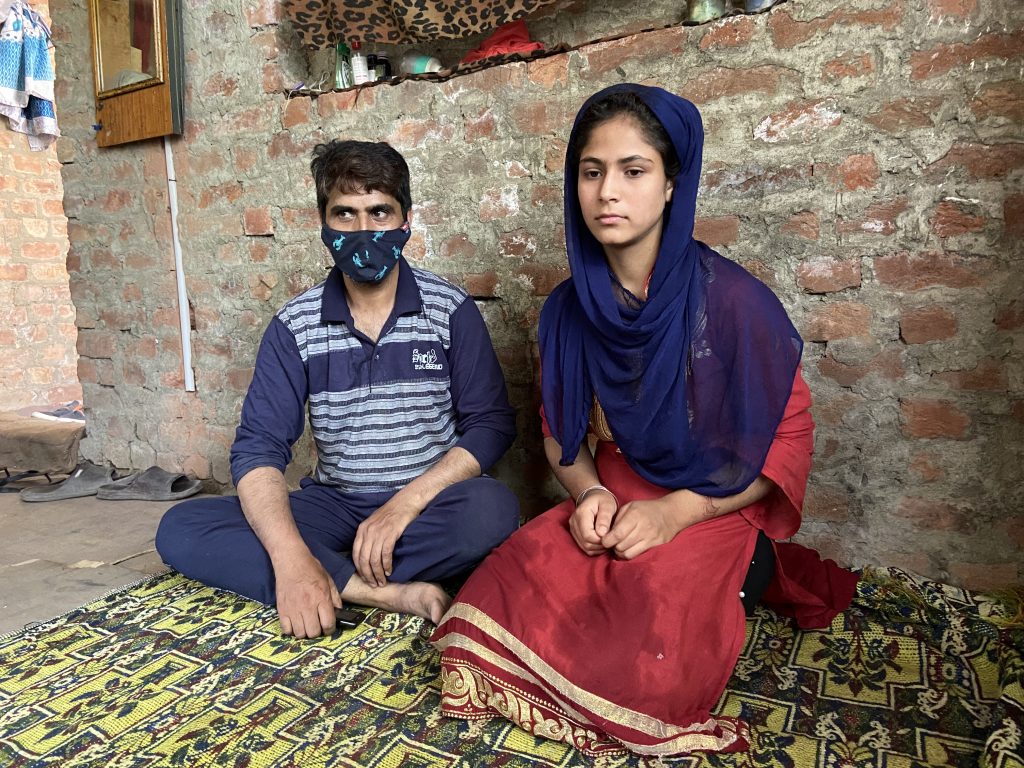 Living in a small semi-constructed house with most windows covered with polythene bags, Manzoor earns a meagre income as a daily wage laborer. Iqra’s mother, Mehbooba, is sitting on the ground and cooking chapattis (flatbread) for dinner, as both her children sit beside her. “We now view Iqra as a confident girl with skills that will take her forward in life. The center provided her with the skills and craft that we could never. We now hope that she will shine in her life and make us proud,” Mehbooba says with a wide smile on her face, adding, “We belong to a poor class; this is a ray of hope for us.”

Both Manzoor and Mehbooba, now, have a different outlook for Iqra’s life. From viewing her as a girl to be married off, they now look at her as an achiever, a child capable of scaling heights in life.

For years, Manzoor couldn’t afford to give his children private education. It was only until over a year ago when Iqra and her brother joined the learning center run by World Vision India, which is just a few minutes’ walk from their home.

Iqra says, “When the center was not here, I used to sit idle at home. But the center has brought in a lot of changes in me. I can now spend time learning new skills at the center.” Now passionate about her education and having learnt to make various art and craft decoration pieces, Iqra is beginning to view her life beyond being married off.

Manzoor says that the volunteers of the center helped Mehbooba and himself to change their outlook towards their daughter.

“The volunteers at the center came to my house and counseled us. After the counseling sessions, I had no doubts and sent Iqra to the center. The volunteers helped us understand the need to send her there. After sending her to the center, Iqra began learning new things and I could see that she is skilled and full of talent,” says Manzoor adding that he cannot thank World Vision India’s volunteers enough.

Iqra’s mother Mehbooba is extremely delighted for her daughter, she says, “During the lockdown, World Vision India provided Iqra with art and craft material. She began painting at home. She had never done this before. She has gained a lot of skills and is more confident now. If it was not for the material and skills that were given to her, she would have been sitting idle at home.”

Iqra is now studying in class nine at a government school near her home. Her parents say that the center has given them hope for a bright future for their daughter. Manzoor concludes saying, “I am thankful to World Vision India for bringing a change in me that completely changes my daughter’s life.”