“I’m not afraid now, I can give it back to anyone” says Pranitha*, smiling, seated upright on a chair at home, her hands folded. She points to a portrait of an elderly man hanging on the wall across from her and says cheerfully, “He is my dad. He passed away two years ago but he was also my greatest cheerleader. He used to fight for me.” 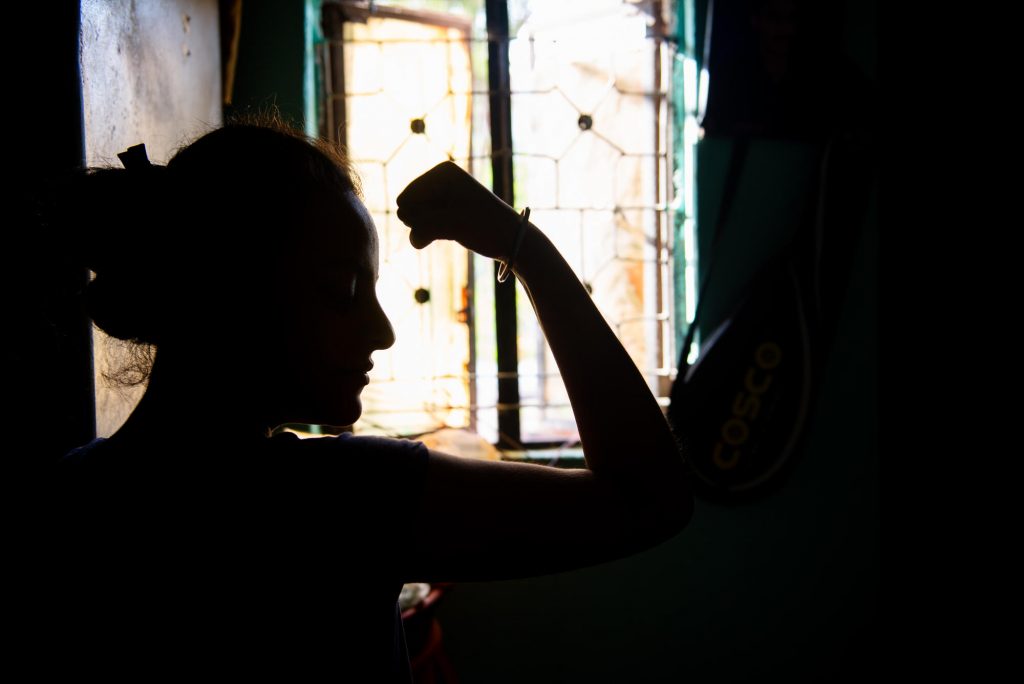 Today, Pranitha, 18, is studying in class 11 and wants to pursue her passion to become a make-up artist. Her mother, Anjana*, will not leave any stone unturned to help Pranitha become an educated, well-settled woman in the society. Pranitha and her mother are women of great courage, no longer living in fear after a terrible experience four years ago.

When Pranitha was 14, in class 9, a 26-year-old from the area would often stalk her and insist that she become friends with him. She would ignore him and pay no heed to his requests or tantrums.

One day in April 2017 in Delhi, Pranitha went to school as usual. When she was returning home after the school dispersed early, this youngster stalked her again. This time he came on a bike and held out a knife. There was no one else around.

Pranitha was shocked. “I tried to put up a brave fight,” she says, “and I thought he would not do anything because he had been stalking me for a while.” He began threatening to kill her and her parents if she did not get on his bike. She shouted loudly but there was no one around to come and help her.

“I thought he would kill me, so I sat on the bike,” she says. “He took me to an isolated room in the area near my home. He sexually assaulted me, beat me, and recorded this on his phone. When I cried and begged him to stop recording and delete the video, he threatened me by saying he would share this video publicly if I told anyone, including my parents, about what happened. I was bleeding profusely, he just pushed me out of the room, and I had no strength left in me to even go home.”

Pranitha did not feel like going home. She only felt like running away. The only thought that ran across her mind at that point was, “What will happen to my parents if the community finds out about this?” 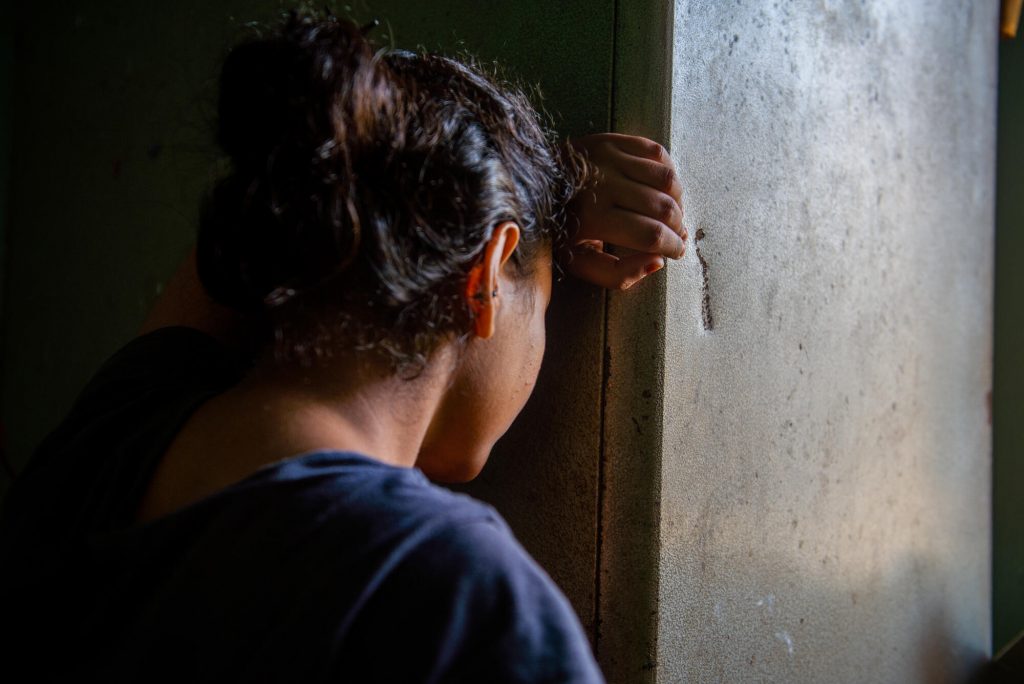 When Pranitha reached home, her father was resting in the room and mother had gone out for work. She made up her mind not to share this with them, because she feared the video would be leaked out for the world to see. She also washed the clothes she was wearing and put them away.

In the days that followed, an emotionally, physically and mentally bruised Pranitha had to face more injustice. A girl friend of the youngster who sexually abused her, got hold of the video and came to Pranitha when she was alone and asked her for her clothes and belongings as a bribe to stop her from leaking the video. A helpless Pranitha gave the girl many of her belongings.

At home, Pranitha, a chirpy, bubbly and talkative girl, suddenly became quiet and detached. She hardly spoke to her parents, hardly ate, and even stopped going out of home. She refused to attend school and would tell her mother that she didn’t feel like going. All along, her mother suspected something was wrong. At the same time, there were people from the community talking about her daughter being sexually involved with someone.

Finally, almost a month later, when Anjana again asked Pranitha if anything had happened that disturbed her so much, she kept quiet and did not say anything the whole day. However, that evening, when Pranitha realised that the video had already leaked to the community and there was no point of her being silent anymore, she opened up and shared everything to her mother.

“As she was sharing everything, I began sweating profusely and had a surge of shock and anger in me,” says Anjana. “I immediately went to the girl’s house who was leaking the video and confronted her. She said she didn’t know the boy, but I insisted she knew and she finally accepted that he was her boyfriend and that she knew this happened.”

After confronting the girl, Anjana went to a nearby police station to file a case against the youngster who sexually assaulted her daughter. She went alone and the police officer made her wait for over five hours without saying or doing anything. Anjana recalls the miserable incident, “They asked for my daughter’s birth certificate to fill the form and file an FIR, which I gave them,” she says. “When it began getting late in the night, I asked them either to return my daughter’s birth certificate or to file an FIR, the police insisted that he wouldn’t give me the certificate if I didn’t withdraw my complaint. I was petrified.”

A frightened Anjana went home. “I did not know what to do and I just left the station and came home,” she says. “I didn’t want to withdraw the complaint because I was so furious at what was done to my daughter but on the other hand, I knew we are poor and that I won’t be able to pay for this and fight it out.”

During these difficult times, what became harder was Pranitha’s father’s deteriorating health. He was paralyzed due to an accident. In January 2018, he suddenly passed away because of the illness.

“It was not easy for me, I was already broken and when my closest person died, it only made me weaker,” says Pranitha.

In July 2018, after fighting the case in court, the boy who assaulted Pranitha was arrested and sent to jail. Pranitha also received an interim compensation of Rs. 70,000 (US$950) through the Delhi State Legal Services Authority after the case was filed under POCSO (Protection of Children from Sexual Offences) Act, 2012.

“When the boy was arrested, it brought me a lot of peace. Although the incident cannot be undone, at least justice was served. If not for World Vision, we would not have done this”, says Anjana.

“Once he got arrested, I felt empowered,” says Pranitha.

The counsellor at the child welfare committee counselled Pranitha for two years from the time the incident was reported to help her cope with the incident and her father’s sudden demise. 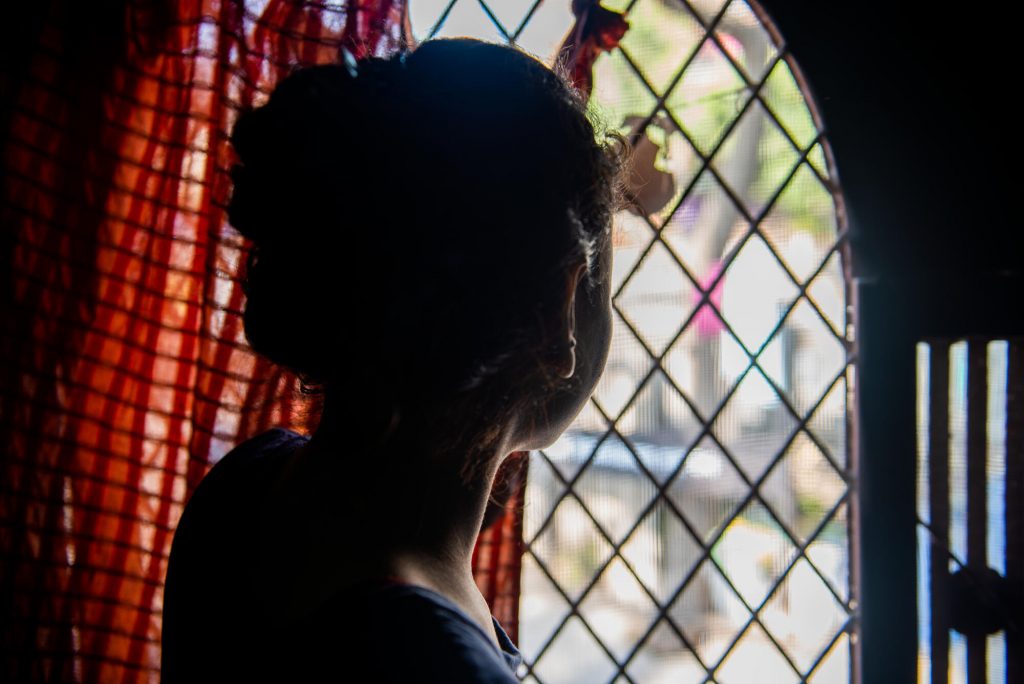 “I felt it was my mistake because no one was talking to me, but the counsellor at the child welfare committee and the community development facilitator both helped me realise that it was not my mistake” says Pranitha.

Pranitha has not only become her own cheerful, talkative self over the past three years, she also got back to school and is continuing her studies now. Many people advised Anjana to send Pranitha for a beautician crash course, but Anjana was and is determined to ensure Pranitha completes her schooling before she chooses her career. This motivation from her mother, the child welfare committee counsellor and the community development facilitator helped Pranitha step ahead and live her life freely and jubilantly.

In the latest report released by the National Crime Record Bureau 2019 in India, the second major crime against children is child sexual abuse, including child rape. Among 21,605 cases of child rapes reported in 2018, 99.05 % of them were against the girl child.

Along with the increase in cases of child sexual abuse, in a report on POCSO cases by a Supreme Court registrar, it is found that only 1% of minor sexual assault survivors get compensation and that 96% of them are not provided with support persons to assist them during legal processes.

Pranitha’s story is a tough reminder of the reality of child sexual abuse, especially against girls in India.

Yet, the courage and strength that Pranitha displays today is an inspiring reminder of the power of sensitisation. It is because Anjana and Pranitha were sensitised about Childline and the child welfare committee by World Vision India staff, and supported in the process, that Pranitha was able to receive the interim compensation, a supportive recovery and justice that has brought back the smile and confidence on her face.