Marking the World Environment Day on June 5, employees of Thomson Reuters wanted to do 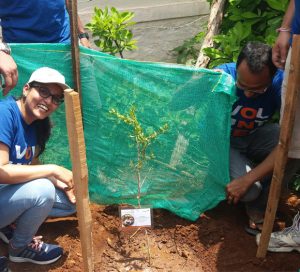 something ‘Green’. And that’s when the partnership with World Vision India made all the difference.

Just a few kilometres away from Bandipur forest reserve is the town of Gundlupet in the state of Karnataka.

Over the last few years, increased felling of trees, decreased rainfall, water scarcity and increase in temperature resulted in lack of crops and consequently increased poverty among farmers. This directly impacted the children’s nutrition status. The area was also declared drought-hit by the government of Gundlupet. 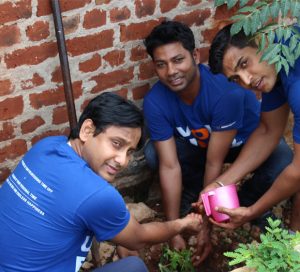 28 employees of Thomson Reuters, Bangalore, set out on their journey towards Gundlupet and reached the venue at noon. They visited three villages and provided the villages with fruit saplings. They involved themselves in planting these saplings, with great enthusiasm. 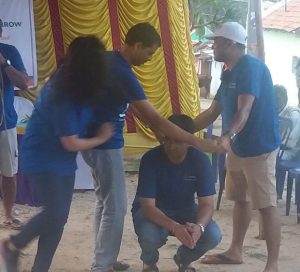 The employees also gave awareness on environmental conservation, health, personal hygiene and water and sanitation issues to the villagers through street plays. The villagers, especially children, enjoyed the programme and they were greatly motivated and encouraged by the team.

The next day, World Vision India also arranged an exposure trip to Bandipur Tiger Reserve, and briefed them on the topography and environmental issues related to conservation of forests and tree plantation.

“It was a great time of learning and we’ve touched the ground through this programme,” says one of the employees.

One thought on “Green today for kids tomorrow”