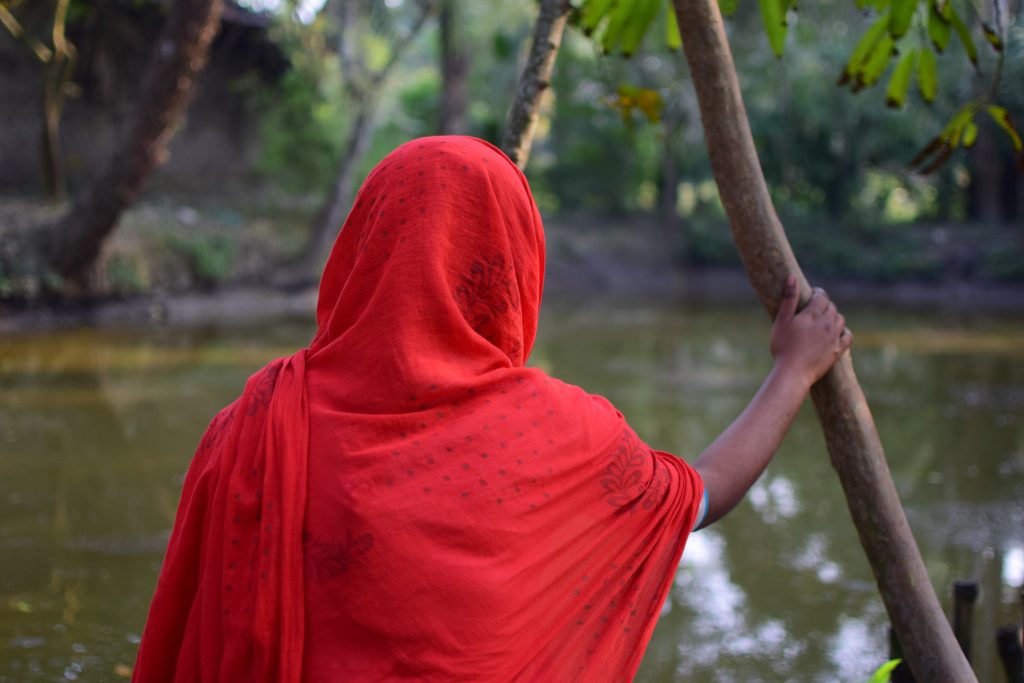 ‘’I never thought I would be able to escape this place… I wondered if I would ever see my mother’s face again,’’ says 16-year-old Aamal* a trafficking survivor.

After months of being trapped in a red-light area in Delhi, she was finally rescued and later reunited with her family in West Bengal. This is Aamal’s story, which she shared in 2020. She was 16-years-old then and studying in the 10th grade.

Aamal comes from a vulnerable family in a remote village in West Bengal. Her mother Anjum* became the sole breadwinner of the household after her father left them. Anjum’s income was barely enough to put food on the table and so Aamal had to drop out of school after completing 8th grade.

Aamal loved school but because of her family’s problems, she had to make some tough decisions. She got to know of a babysitting job at a young couple’s place in a nearby area. She didn’t tell her mother about this initially and directly went to work for the couple. After a week of taking care of the child, Aamal called her mother up and said that she was doing well.

In the meanwhile, Aamal’s traffickers had already started grooming her. They told her to come to Delhi with them, where they had an extra house. They spoke about many lucrative job opportunities in Delhi and assured her of their support in finding new jobs.  Aamal told her mother that she was going for a short trip without revealing her location.

To her shock once she reached Delhi, she was sold to some people in a red-light area. Aamal recounts that painful time as she shares, ‘’I had to work continuously. I was beaten a lot if I said I wanted to go home… I earned Rs.300 in the morning and Rs.600 at night. But whatever money I got from the customer, I would have to give it to the madam. I was told that I could get this money when I went home.’’

With no proper sleep or food, and not a soul she could talk to, Aamal dreaded every minute. ‘’I never thought I would be able to escape this place. There were some girls who were there for three years. Every month the owners would say ‘we’ll let you go home next month,’ but that time never came. I wondered if I would ever see my mother’s face again,’’ says 16-year-old Aamal.

The days went by and Aamal would derive strength through prayer. She says, ‘’When I would wake up in the morning I would say to God, it would be so good if I could go home today.

After four months in captivity, Aamal’s prayers were finally answered through a customer. She recognised that he spoke the same language.

’I cried and caught his feet and said Bhaijaan (brother), please help me! I asked him if this were to happen to his sister and she was forced to work like this, then what would he do?’’ says Aamal emphatically.

The man felt pity for her. After leaving the area, he called a friend and told him about how girls from their hometown were being held captive here against their will. He instructed his friend to call up Aamal’s family and then lodged a complaint at the police station.

To Aamal’s disbelief, at around 10 in the morning, 10-12 policemen visited the place. They asked if there were any underage girls out there, but the owners denied it. They then beat down the door and saw many girls in the house. There were many passageways and diversions in the house so some people ran away, but they managed to catch the brothel keeper.

When Anjum got a call from Delhi with news about her daughter’s whereabouts, she rushed there with whatever money she had. After paying up, Aamal was released, but had to spend another three months in a shelter home before finally being sent home.

Aamal was filled with fear about going home. She wondered if her family would accept her. But her mother Anjum was so happy and relieved to see her.

Anjum tells us, ‘’I was finally at peace… When my daughter was away, I was not able to eat or drink anything. We would hardly cook anything at home… From then on, I decided, that my daughter will always be in front of my eyes…’’

Once home, Aamal didn’t speak to anyone in the close family for two months. She was bothered by her neighbour’s taunts, questions and stares and didn’t go out of the house because of that.

Shortly afterwards, Aamal’s family was introduced to Mousumi (the World Vision caseworker) through the village police officer. He told the family about how they can work with the caseworker to help Aamal during this difficult time. 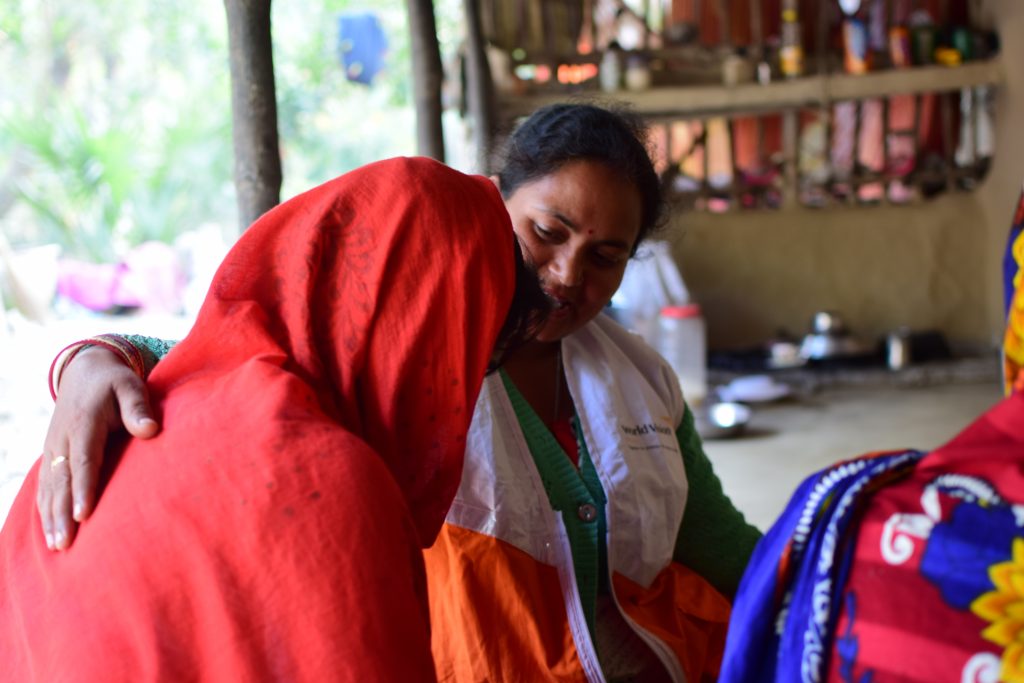 From their discussion, Mousumi realised that Aamal was still very interested in studying. So one of the first things she did was to enrol her in the 9th grade so that she could get back to her education. However, even after getting enrolled, the family’s situation was very bad. That’s when Aamal remembered Mousumi’s words and spoke to her about these challenges. She refers to her as didi (sister).

‘’I told didi about the difficulties I was facing in going to school because it was expensive to travel. So, didi spoke to World Vision and got a bicycle for me. Later World Vision gave me a scholarship of Rs. 2000 and also helped me with my tuition. I also got a solar light so that I coud study at night,’’ says Aamal with a smile. 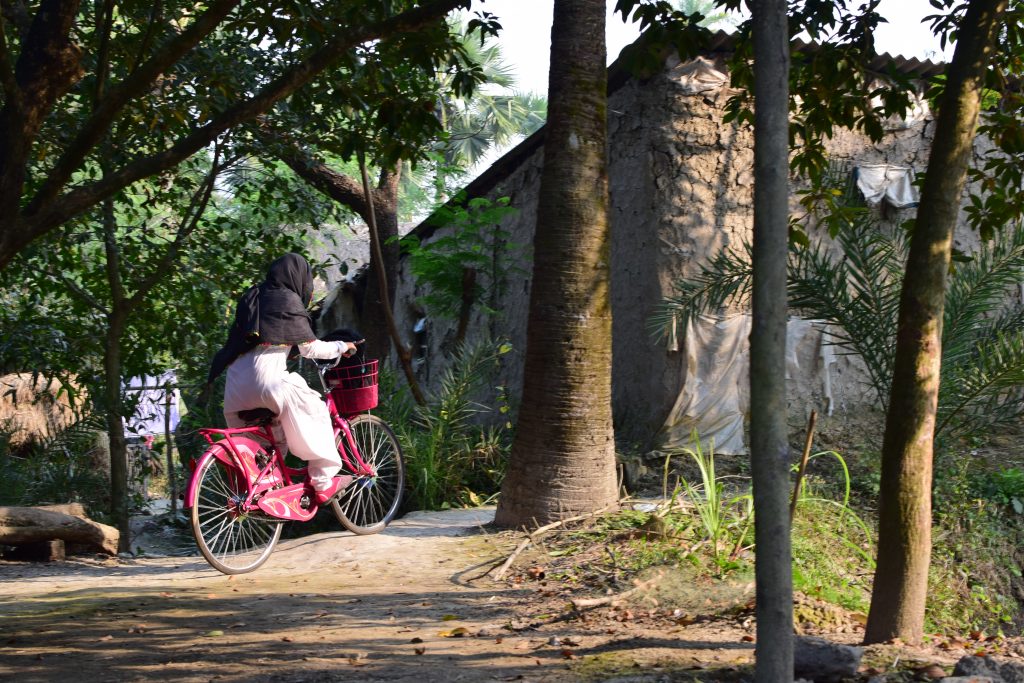 Aamal is now studying in the 10th grade and doesn’t miss a day of school. Her favourite subject is English and she loves reading storybooks (especially ghost stories) and travelling.

After joining World Vision’s survivors’ cohort, she met girls who had gone through similar situations and felt united through the group. The support group meets monthly to learn and share. Through these groups and programs, World Vision hopes that girls can chart a new path for themselves. 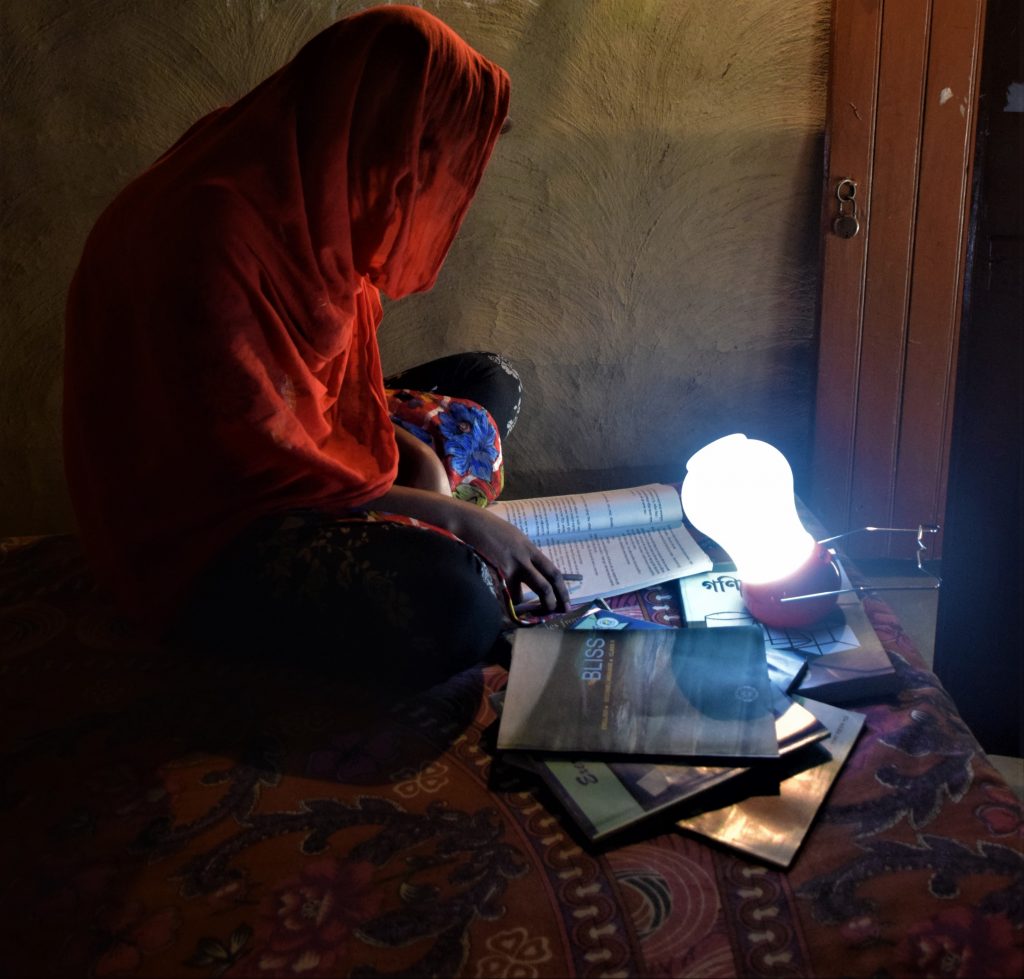 ‘’World Vision chooses to work with girls who are confined to their homes. We want them to come out and show them examples of other girls who are doing more. People tried to clip their wings, but World Vision is helping them so that they can fly,’’ says Mousumi, Aamal’s caseworker.

Inspired by World Vision’s work, Aamal too wants to do something for society. Her dream is to get a Bachelor’s in Education and become a school teacher. She sees early marriage and children not going to school because of poverty as the biggest problems in her village. Eventually, she wants to go from village to village educating children about trafficking, because she feels like this is missing in the school curriculum.

For Aamal, World Vision’s interventions made a difference in her overall outlook. While she still has a long way to go, she feels more hopeful about her future.

‘’World Vision came and changed my life. My life was in darkness, but after I met World Vision my life is bright…I would not go to school and didn’t want to do anything after what happened. But didi motivated me to envision a better life. Whatever help I want ahead, I know they will be there,’’ says Aamal.

*all names and some details changed to protect identity