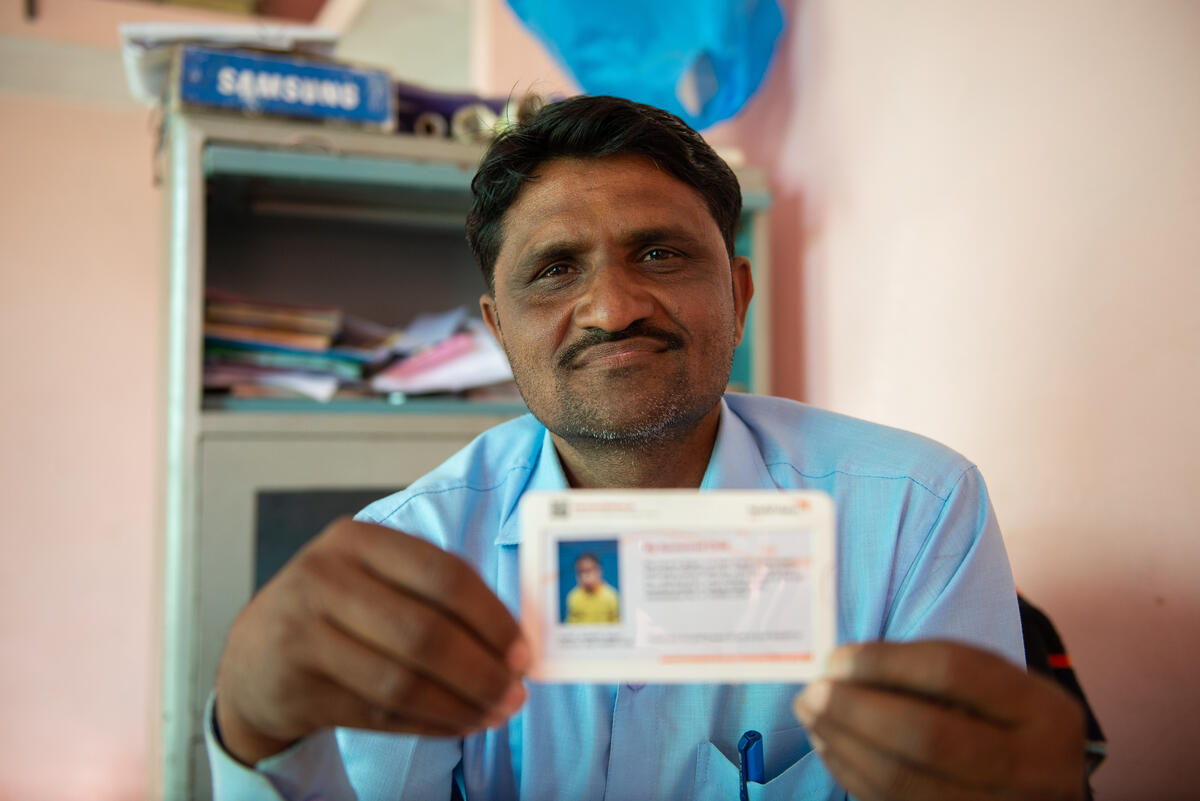 Dwarka, 48, is now a World Vision India child sponsor. His face beamed with pride as he held the photo of a six-year-old girl from Delhi. Life has come full circle for Dwarka and his wife whose two sons were World Vision India’s sponsored children not long ago.

Dwarka has associated himself with World Vision India for over two decades. He has witnessed the many changes since WV India first started working in the community in Lalitpur district, Uttar Pradesh, in1999. He was one of the first two people from his village to pass the matriculation final exam. Two decades later, there are many college-going youngsters in the community. The changes in the community have been unprecedented. 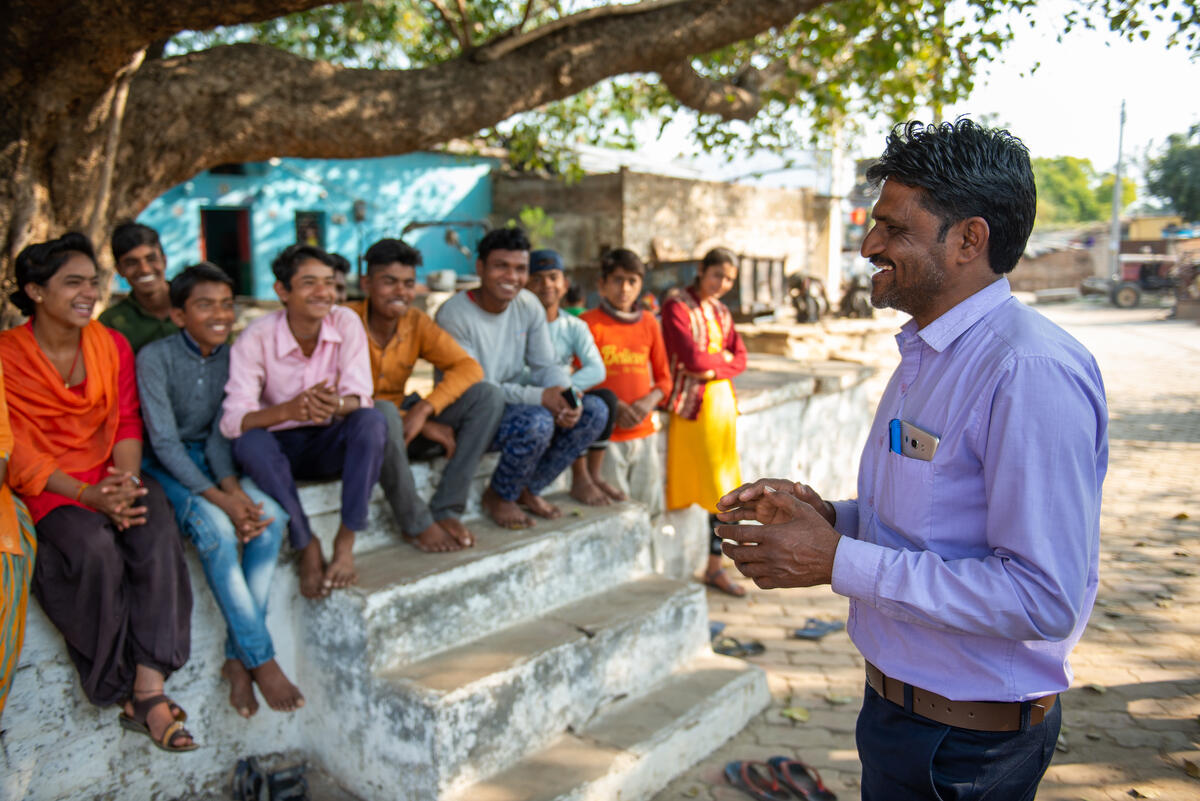 Dwarka started as a teacher at a Remedial Education Centre (REC) run by WV India. He received trainings and became a trainer for WV India’s Training of Trainees (ToT). He visited and trained volunteers in Pauri, Agra, Meerut and other WV India’s operational areas. He continues to serve as a volunteer for WV India. 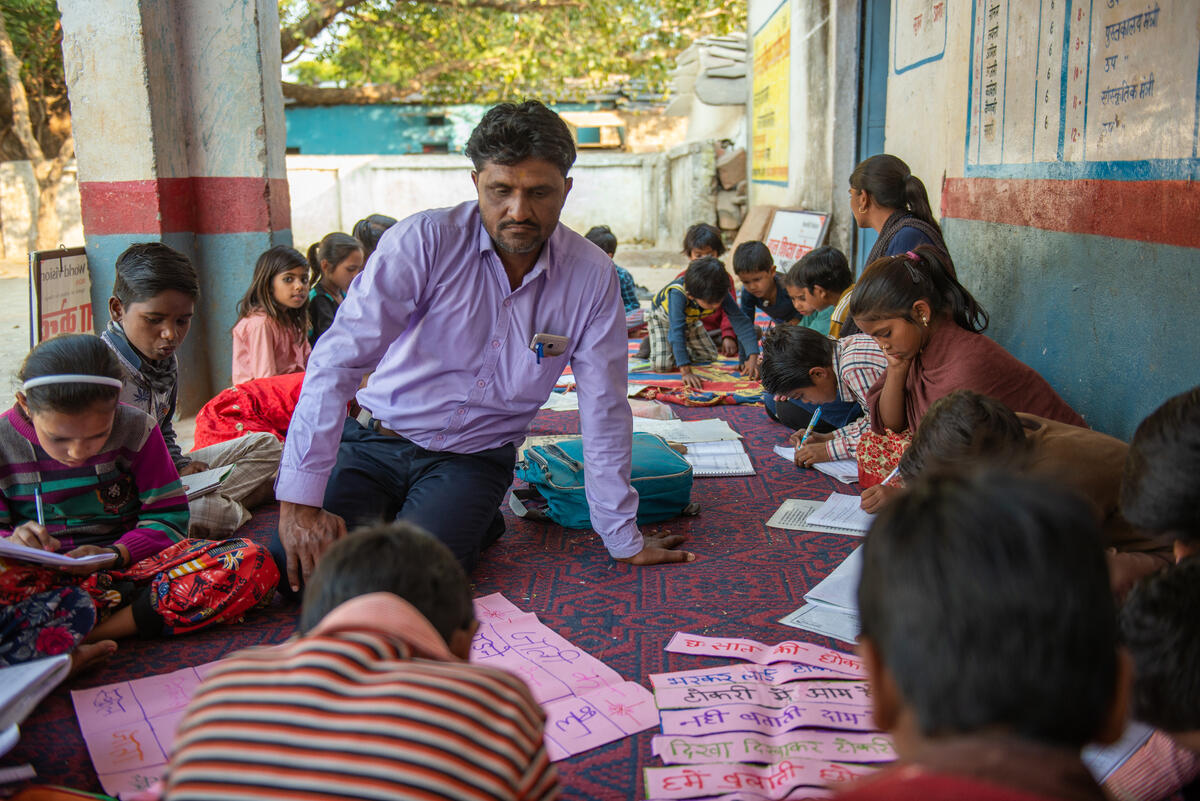 He recalled the first time World Vision’s staff visited the village. The situation was very different then. Girls were not encouraged to attend school. The village had only one primary school (up to 5th standard) and children had to walk 7 km to the nearest town for education.

“During the initial years, the staff would walk to the village because we did not have a motor-able road. They walked 7 km from the nearest town to here. In summer, the sun was scorching hot. During monsoon, they walked through a long stretch of muddy road. Seeing the good deeds they were doing, I was inspired to serve my community,” says Dwarka. Dwarka now owns a hand pump repairing business and employs four people.

Through WV India, he attended a hand pump repairing training. Lalitpur District being a dry area, majority of the people are dependent on ground water. So there is a regular flow of work for him. Dwarka’s two sons, Adarsh, 20, and Anand, 22, were both sponsored children. Adarsh has completed 12th standard and is doing a polytechnic course while Anand is pursuing Bachelor of Pharmacy. 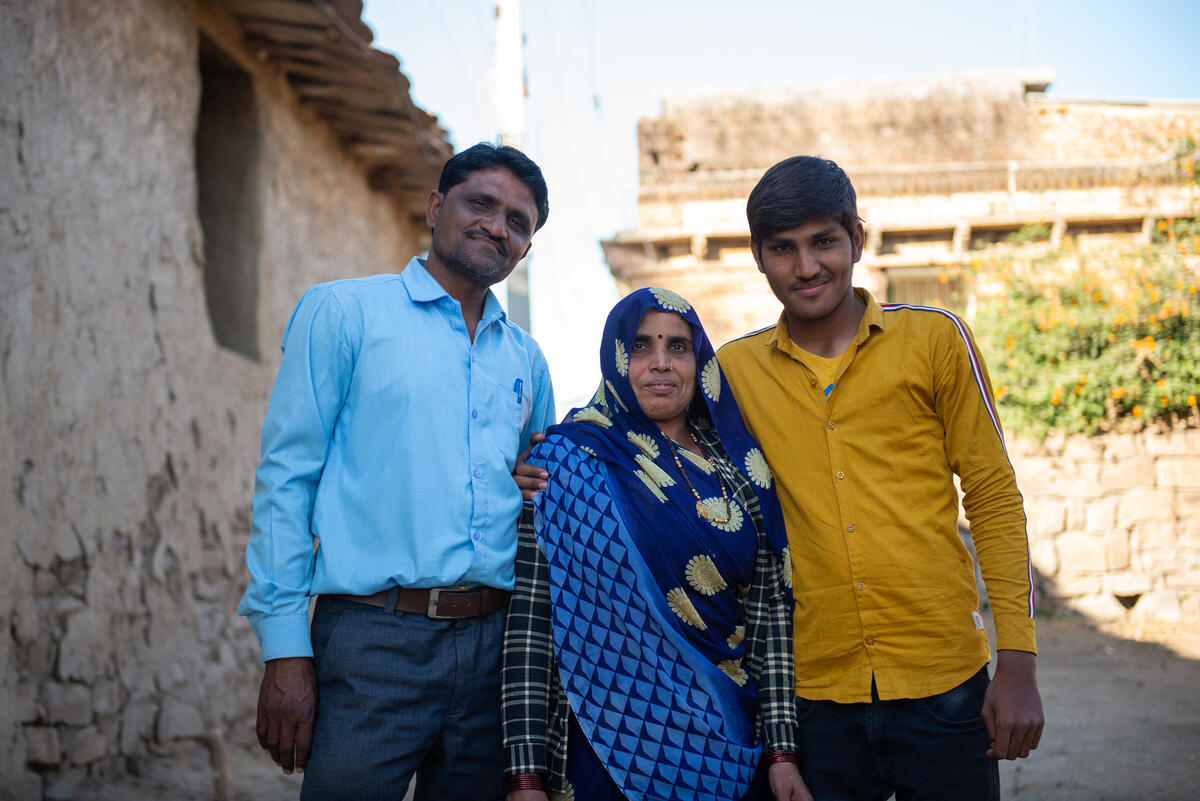 So much has changed in the village – from a village with just two matriculation graduates to so many college-going young people. Some of the sponsored children have gone on to complete Auxiliary Nursing Midwife course and got government jobs.

“Earlier girls were not sent to college, nor were they allowed to go outside the village for education. Now after the success of the girls who have completed the Auxiliary Nurse Midwife course and become nurses, parents have changed their minds. The villagers have realised the importance of education,” says Dwarka.

Though the project is coming to a close, WV India has worked hard to set up Children’s Clubs and Child Protection Units (CPUs) that are functional on their own. The CPU members made sure that children stayed in school. In a few cases, CPU members have gone on to re-enrol school dropouts.

Dwarka’s life in itself is a testimony of the changes in the community: empowered and assured. Now the children in the community all have their own dreams. They don’t have to drop out of school and be yoked to the farm just like their parents.

“When my children were sponsored I realised that other people are working hard to support my children. My life has changed drastically. It is because of this that I want to give back. I now sponsor a girl child from Delhi,” says Dwarka.

Since 1999, WV India has been working in 61 villages at Birdha Block in Lalitpur. Through various interventions, WV India is working among 24,276 children from 11,461 families.

4 thoughts on “From being a receiver to a giver”