Dawn just broke in and the skies began to turn bright. My mother, rather hurriedly, woke me up saying, “Anuradha! Wake up! You need to do a lot of chores and get ready”. While my body quickly retaliated from waking up, my inner voice screamed loudly, “There is school today! Wake up!” It did not take a second longer for me to wake up and rush out of the bed.

For two hours, since the time I woke up, I did all the household chores along with my mother – washing dishes, washing clothes, milking the buffaloes and a lot other things.

Just when I was going to pick my school uniform, my mother yelled at me. “Wear the new dress that we bought for you”, she said. “But the teacher will shout at me for wearing that dress”, I corrected her. Little did I know that my mother wanted me to dress in an outfit for an event that was going to change my life. 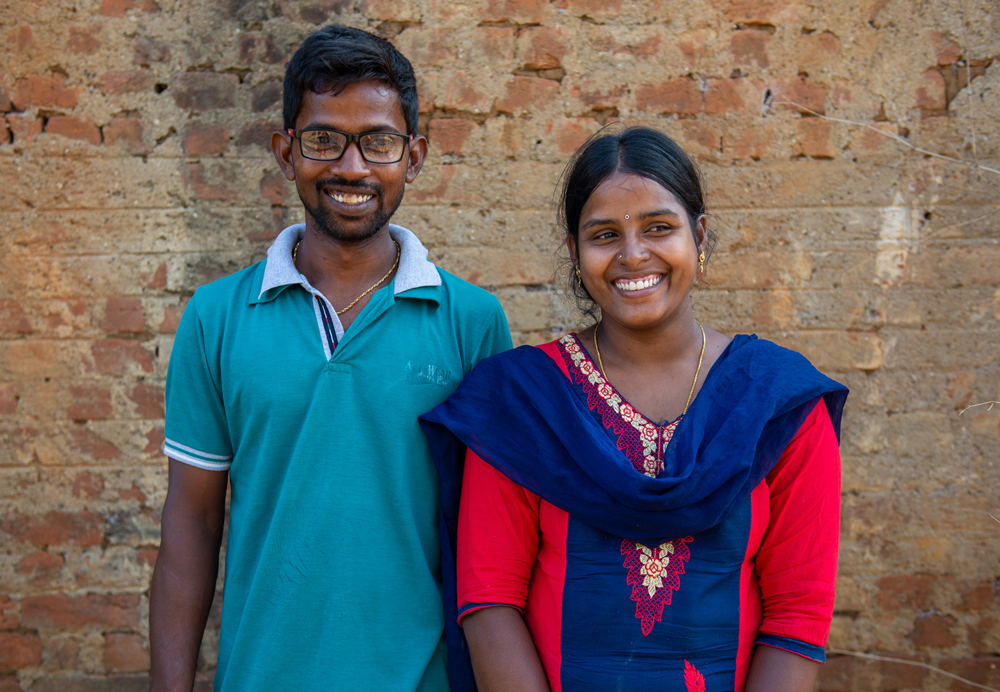 Then, Anuradha was only 13 years old and was studying in class eight. In the following days, she was married off as a child bride. Within a year into marriage, she also gave birth to her first child. “As a child myself, I always wanted to study and become a teacher. I really did not understand marriage and its facets until I turned 19”, she said, her eyes filled with regret. Yet, her husband, Krishna, was supportive of her and permitted her to study until the 10th standard. Unfortunately, though, when Anuradha was supposed to write her final tenth board exams, she was eight months pregnant with her second child. Due to stress being unsafe for her pregnancy, her family convinced her to miss her exams and she dropped out of school.

That is the same time Anuradha first was acquainted to World Vision India – when a sensitisation programme on the importance of Maternal, Newborn and Child Health was conducted in her village. She attended this sensitisation programme, where she learnt the importance of providing newborn babies nutritious and healthy food. Her second child, born that year, was weak and malnourished.

Hence, this programme came as a timely help for her to see her baby grow into a healthy child. “Ever since that programme, I began attending all the programmes conducted by World Vision India in my community because I felt empowered by the knowledge I was acquiring”, says a joyful Anuradha.

Soon, Anuradha attended a training on child rights, where she learnt about education being one of her primary rights. The Community Development Facilitator (CDF) of World Vision India in her community, Sunil, also encouraged her to re-do her tenth standard exams through open schooling.

Since she already had a desire to study further, she immediately asked her husband to join her back to school. “When Sunil came and spoke to us about helping Anuradha complete her education, I felt it was unjust to ask her to quit school. So I took the initiative to enrol her into the tenth standard to complete schooling”, said Krishna. 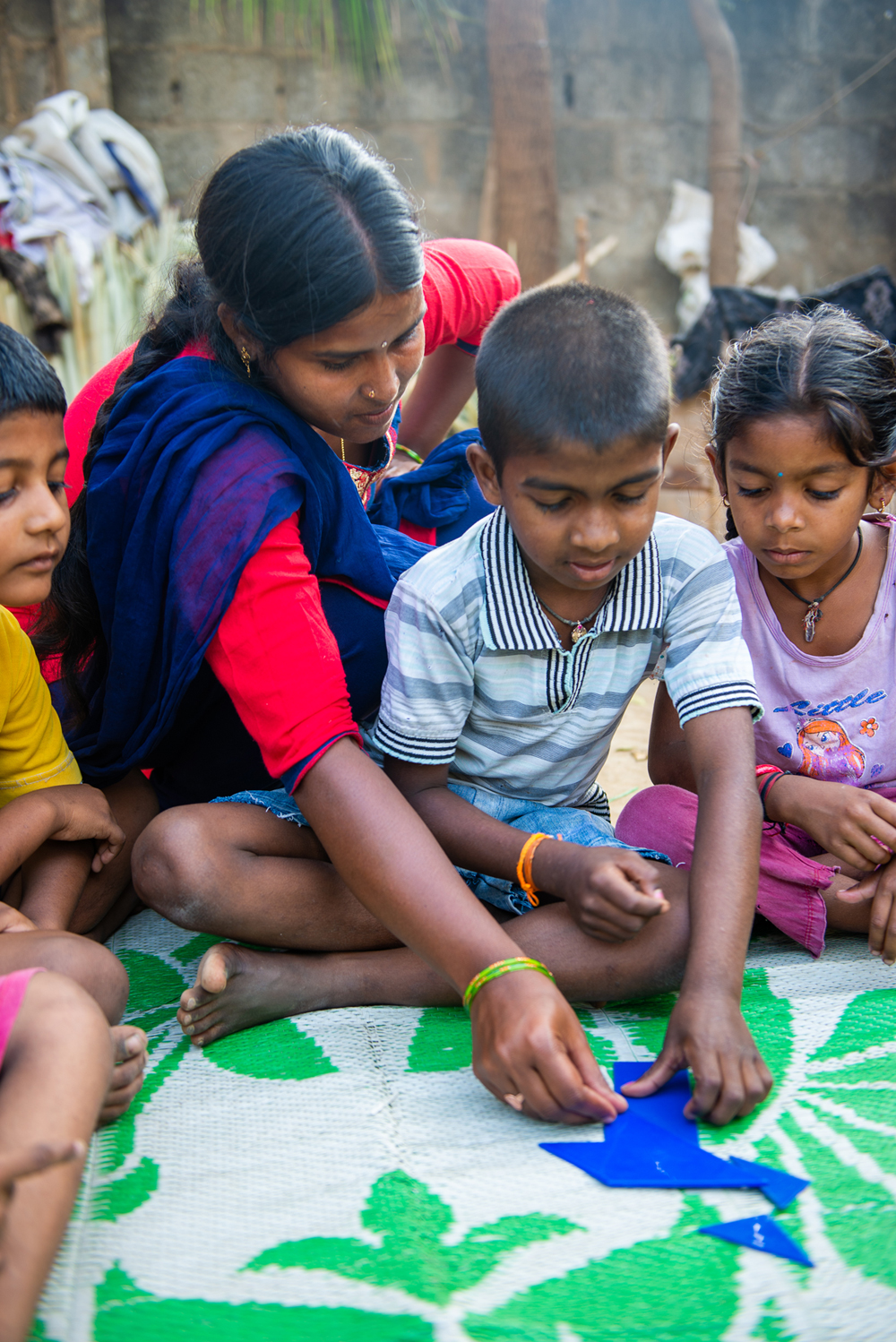 Anuradha’s hope reignited and nothing has stopped her from pursuing her dreams ever since. A naturally gifted speaker, Anuradha joined World Vision India as a volunteer and began training children in education and child rights. She went door-to-door in her village to sensitise parents and ensured that all children in her village are enrolled in school. In no time, everyone in her village and neighbouring villages knew who Anuradha was. “Earlier I used to be known as ‘Krishna’s wife’, but now everyone here call me ‘Anuradha’”, she says proudly.

Anuradha also soon realised how the dreams of many girls in her village were being silenced because of the societal evil of child marriage, which almost slayed her dreams too. 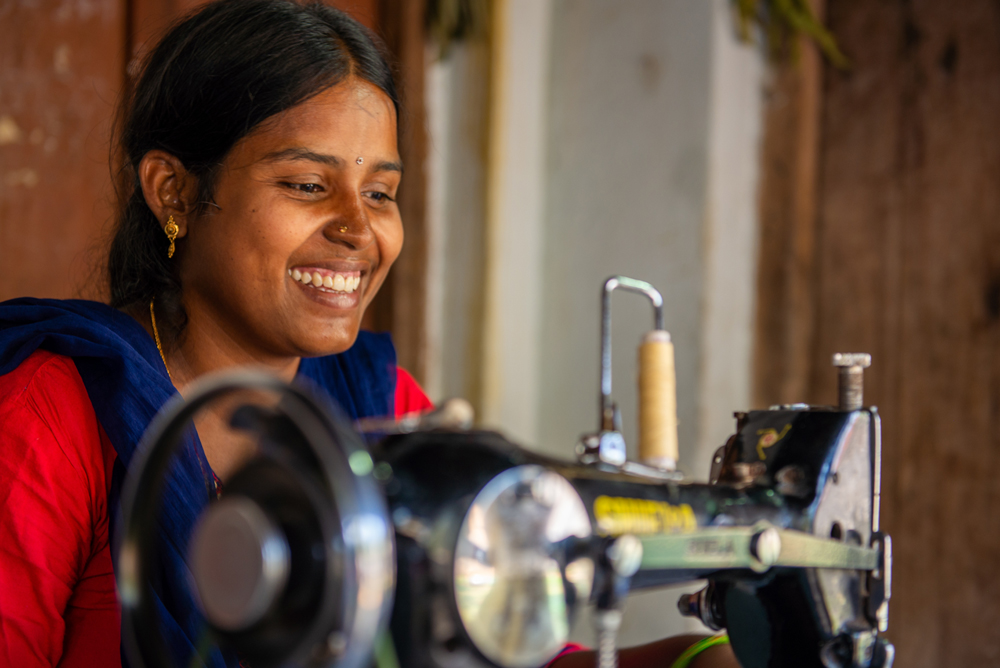 In 2016, Anuradha joined the Child Protection Unit (CPU) formed by World Vision India in her village. She, along with the rest of the CPU members, were trained about child protection issues and how to tackle them. They were also made aware of various stakeholders like the Child Line, the District Child Protection Unit and Child Welfare Committee, who can help legally deal with cases of child abuse and child marriage.

Since several girls had a good relationship with Anuradha in the village, one of the girls came up to her and shared about how her family was secretly getting her married at the age of 14. Anuradha informed the CDF, and together they called Child Line at 1098 and reported the case. Child Line visited the village, counselled the family, and stopped the child marriage.

Anuradha, then, kept a close eye on other families in the village looking to get their daughters married off as a child bride. Within two years, she reported four other cases to Child Line who not only stopped those marriages, but also conducted large-scale sensitisation on the evils and negative consequences of child marriage.

In 2017, Anuradha was recognised by the District Collector and was given a bravery award for stopping these child marriages.

“At the age of 13, a young girl doesn’t even know how to do things for herself. So the impact of marrying off a girl and boy at such a young age is that they cannot financially support their new family, neither do they even have proper education to avail a decent job. They do not have the maturity or brain capacity to endure this responsibility at that age. I know the difficulties of being married off at such a young age and I don’t want other girls to endure this”, says Anuradha, who now advocates against child marriage.

Today, a mother of three children at the age of 23, Anuradha has successfully stopped five child marriages and counselled over 20 families against it in her village over the past few years. 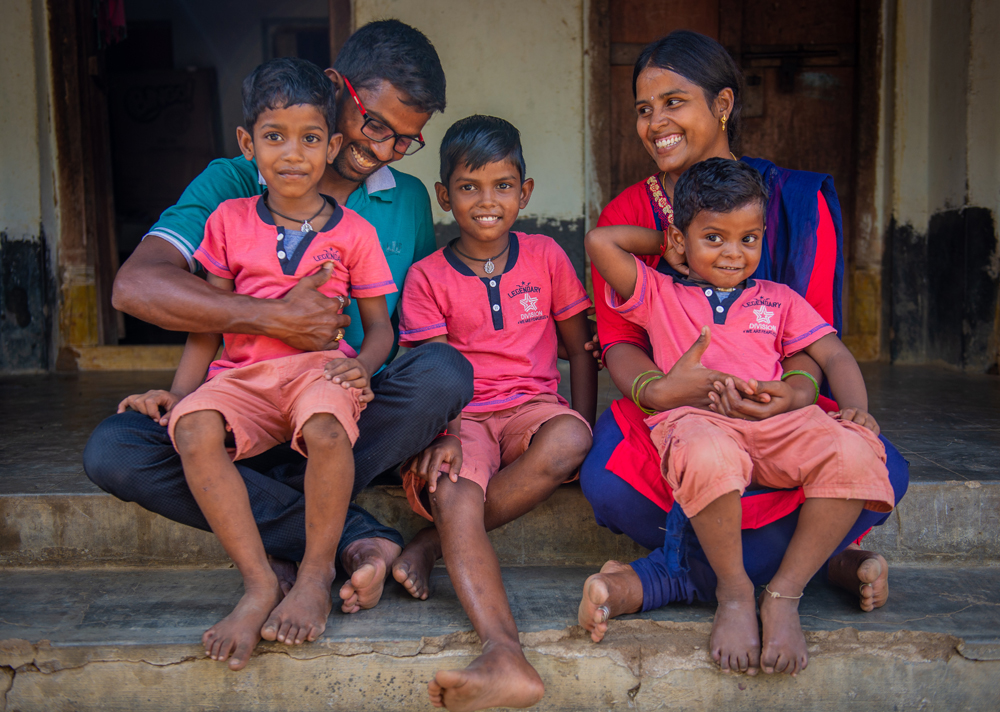 Apart from being an active anti-child marriage advocate in her community, she also works at a vernacular news channel as an anchor where she openly speaks up on child rights and the rights of women. She is now completing her higher education, and desires to pursue a Bachelor degree in Education and become a teacher. 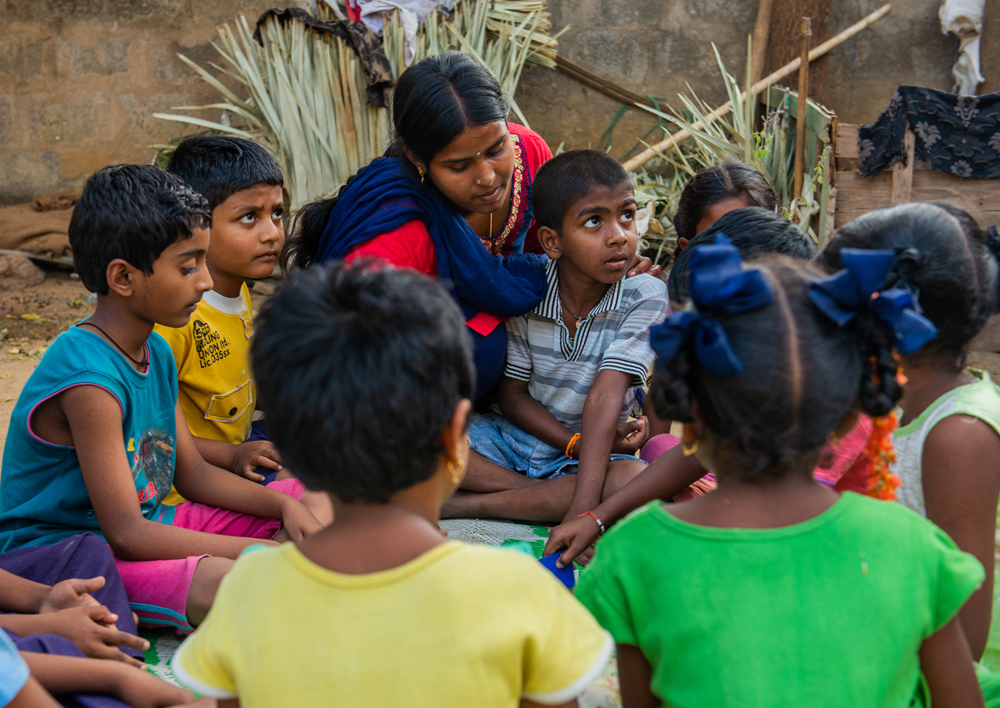 While playing with children whom she teaches as part of the Remedial Education Centre run by World Vision India in her community, Anuradha concludes, “My life has changed. Ever since I was sensitised about my rights, I’ve left no stone unturned. Earlier, I was very angry about my marriage but now I have left the regret behind and I’m determined to make the lives of other girls in my community secure. I feel extremely proud when girls come and thank me for stopping their marriage”.

One of the children from the village, whose marriage was stopped by Anuradha a few years ago, recently completed her schooling and is now pursuing a bachelor’s degree.