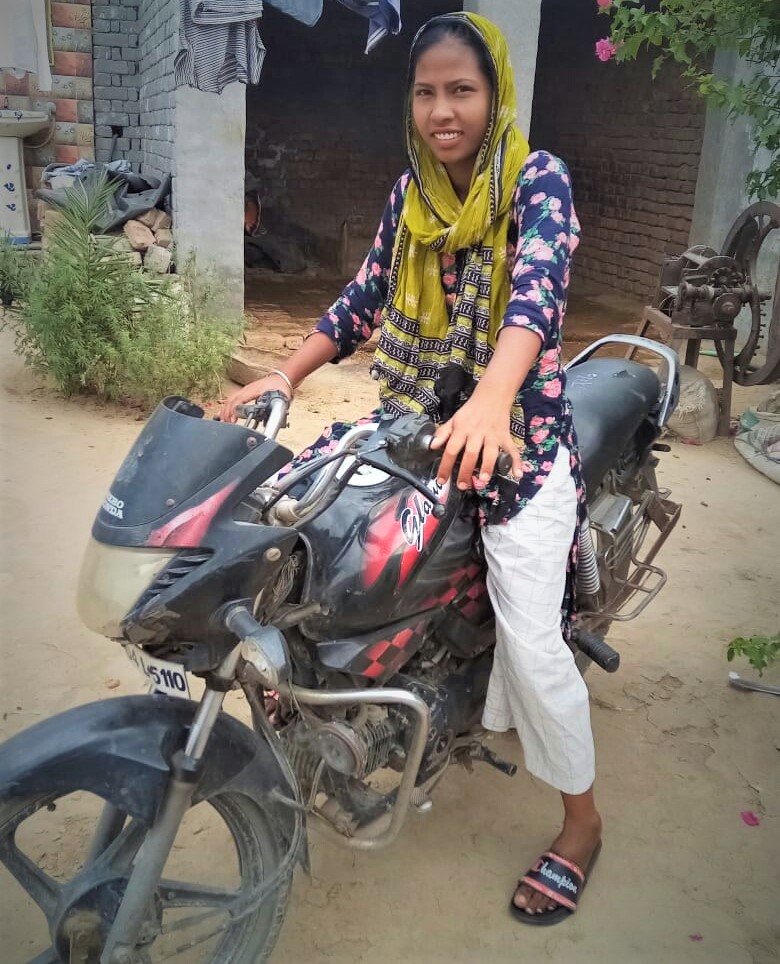 With her palm tightly holding onto the handlebar, one feet on the brake and the other on the clutch, 18-year-old Tania takes off on her brother’s motor-bike to buy some stuff for home. She may be on her monthly period, but gone are the days that this stopped Tania from doing what she needs to do.

A few years ago, Tania sat down weeping when she first got her period. She had no idea what had happened, all that it did was make her afraid. After a while, her eldest sister, Rupinder, saw her crying, found out what happened and explained to her that this was nothing to fear. Rupinder, too, at that time, was not sensitised on the best practises for menstrual hygiene. She taught Tania to use a cloth during her periods.

“It was very uncomfortable in the beginning, but with time I began getting used to it”, says Tania. Like Tania, studies have found that 88% of menstruating women in India use home-grown alternatives like old fabric, rags, sand, ash, wood shavings, newspapers, dried leaves, hay, and plastic.

Luckily for Tania, World Vision India conducted a training on menstrual hygiene at her school only a few months after she began menstruating. “I learnt that using a cloth, like I used to, could be detrimental to my health. And, more than just a change in my practises, knowledge on menstrual hygiene empowered me and made me realise that we can do anything as girls. Nothing can stop us.”

Tania’s father, Ajit, is a daily wage labourer and her mother, Karamjeet, a homemaker. They could barely afford purchasing pads. This was also the case with all adolescent girls in the village. So, World Vision India’s Community Development Facilitator encouraged the girls who were part of children’s groups to pitch in INR 10 each per month and save the money to use when needed. Since all the 20 members of this group were girls, they collected INR 200 every month and helped one another purchase pads to ensure they maintain proper menstrual hygiene.

Despite the lockdowns in their state due to COVID first and second wave, Tania and other girls from her village have been able to help each other purchase pads. In a survey conducted by World Vision India among 100 girls from a few villages in Faridkot district on the effect of COVID-19 lockdown on adolescent girls, we found that 10 % girls resorted to using old cloths or rags during their menstrual cycle for the period of lockdown as against only 4 % who were using these unhygienic products before lockdown.

World Vision India has been actively working in various parts of the country, especially Faridkot in Punjab, with an intent to empower girls and women. Besides conducting trainings for adolescent girls on menstrual hygiene, World Vision India also built or renovated toilets in government schools to improve girl child education. 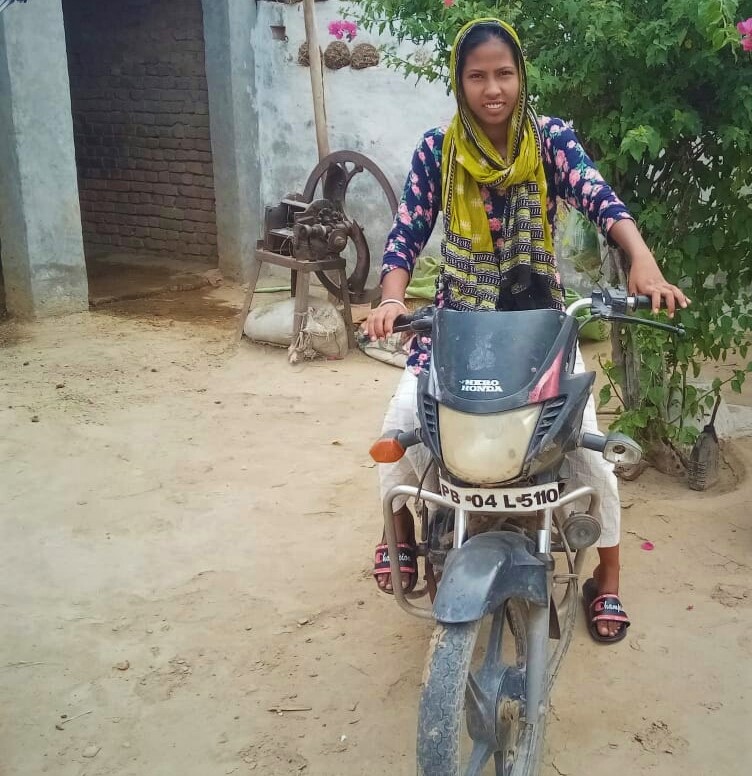 Now a proud first ranker in her class, Tania says, “Ever since they built the toilet in my school, I don’t miss a single class. Before the toilets were built, there was a boy who would always come first and but now I score above 90% and stand first.” Tania and other adolescent girls like her would miss school every month for 2-7 days when they menstruate. Why? Because they didn’t have a toilet in school. Tania, although passionate about her studies, couldn’t attend classes when she had periods. It was only since 2019, after World Vision India helped build a toilet in their school under the Rise up daughters of India (RUDI) project that Tania and her friends were going to school regularly until lockdown. This has helped persuade these girls from this village to continue their education, despite lockdown. Tania now studies in class 12 and is determined to fight against all odds to become a doctor.

In a qualitative survey conducted by World Vision India among 84 respondents from communities where the Rise up daughters of India (RUDI) project was implemented in Faridkot, all respondents rated the WASH infrastructure as good or very good in the Smiley Scale rating on School Infrastructure – which has also significantly increased the attendance and enrolment retention of girl children in the secondary level.

Today, Tania has access to menstrual hygiene necessities and she has access to quality education, health and her dreams. Every other girl in Tania’s village is also out of period poverty, thanks to small but crucial interventions carried out by World Vision India.

3 thoughts on “How period poverty ends in Tania’s village”