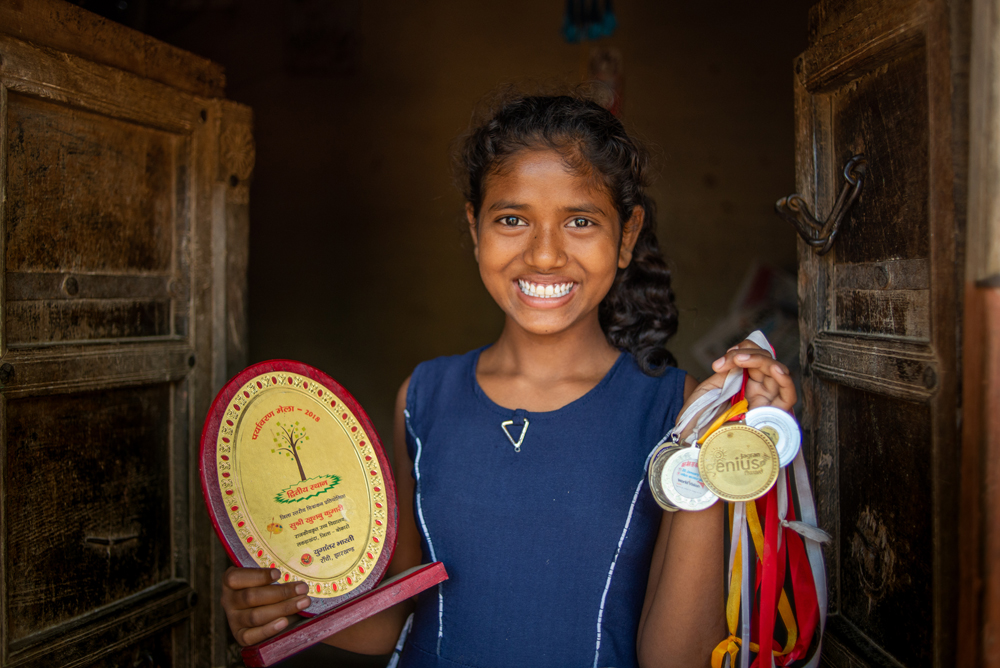 Khushboo stands at the doorway of a 50-year-old mud house built by her grandfather, her hands full of medals and trophies she has collected over the years. The three-room house is dimly lit with no windows and the only place for Khushboo and her two siblings to do any reading is at the doorway. They don’t own a table and are used to stooping to the floor when they write.

Khushboo’s grandfather relocated to the present site when their village was taken over for installation of the Bokaro Steel Plant. He was a farmer and the trade was passed on to Khushboo’s father Shibu who practised it for years before becoming a mason to adapt to the changing times. 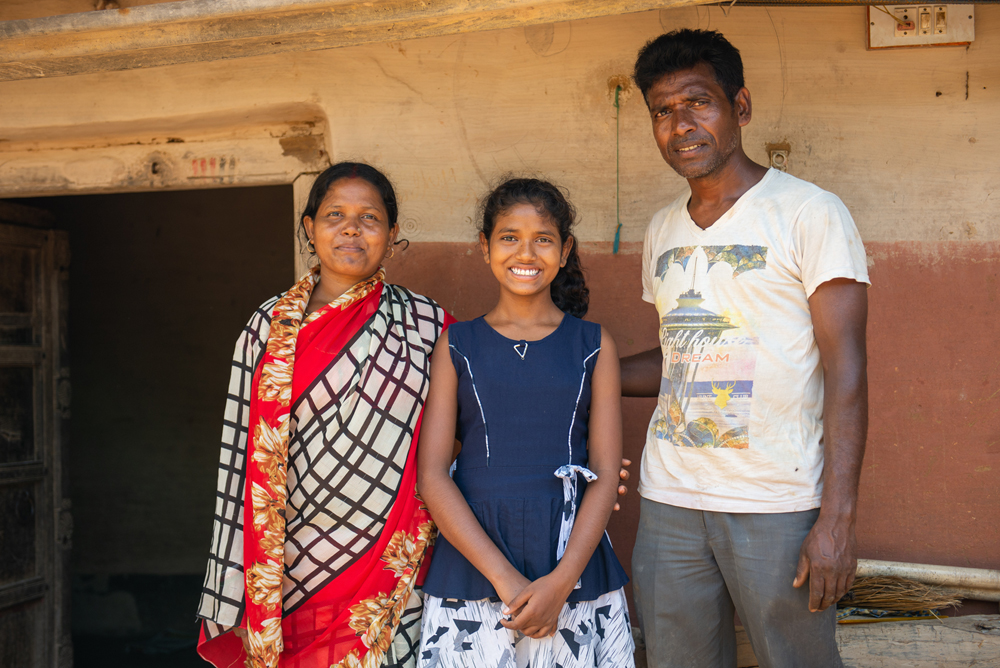 Khushboo’s parents’ Shibu and Chandmuni married when they were 19 and 16, respectively. Shibu, now 31, had to quit school when his father passed away. He took on the responsibility of looking after his five sisters and mother when he was still a teenager.

Chandmuni recalls the life before World Vision India and it was not a pleasant one. They had no toilet and had to walk 10-15 minutes to defecate in the open – that was an ordeal for children and women, especially during monsoon. World Vision India built toilets for many families in the community and thereafter Khushboo and her siblings never had to face the insecurities of open defecation.

The biggest transformation has come in the form of children and women empowerment. Having been a victim of child marriage, Chandmuni has seen the community change in front of her eyes after World Vision started working in the community.

“Earlier women in the community didn’t come out of their homes. We had no gathering but after World Vision India’s intervention we began to attend meetings. We received awareness trainings on many issues and learned to speak in public,” says Chandmuni. Today she regularly attends the parenting care programme and other meetings, and was recently appointed president of the School Management Committee at the school where her children attend.

“If you compare children and parents who attend World Vision programmes to those who don’t, one can easily see huge difference in terms food habits, cleanliness and education. It is because of World Vision that we have the awareness to raise children and invest in education,” said Chandmuni. 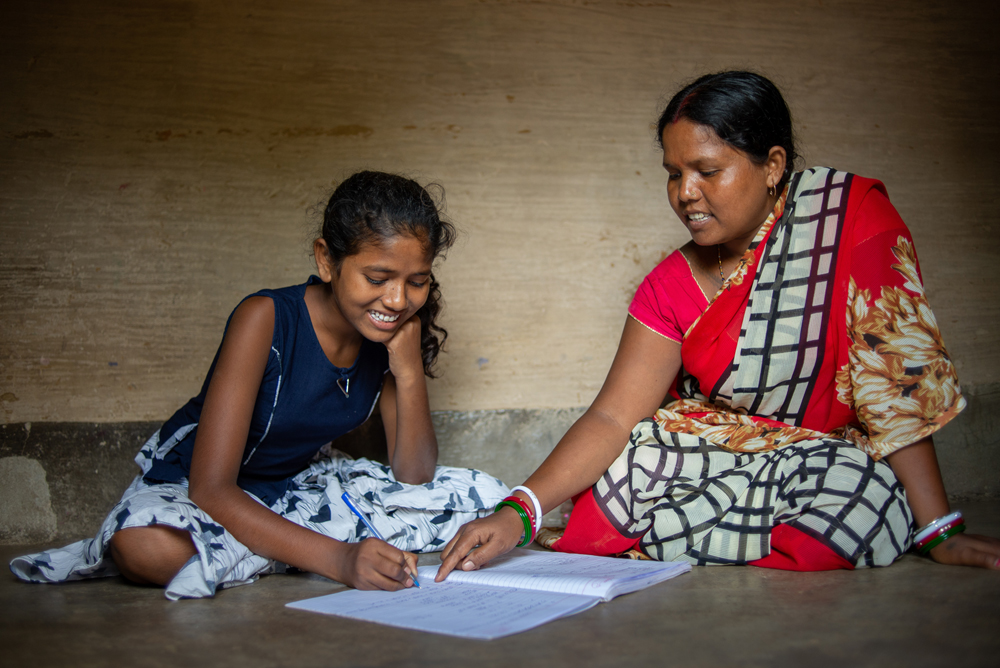 The future looks good for Khushboo and her siblings Rajveer, 13, and Ranveer, 8. Chandmuni sits with Khushboo and helps her solve maths problems. They can bond over sin, cos and tan and this was unimaginable in her generation. She couldn’t fulfil her dreams of attending college and now she is living that through her daughter’s success.

“We will do everything to give the best education to our children. Education is like food. We don’t want to let a day pass by without it,” says Chandmuni who takes tailoring assignment on the side to supplement her husband’s earning. 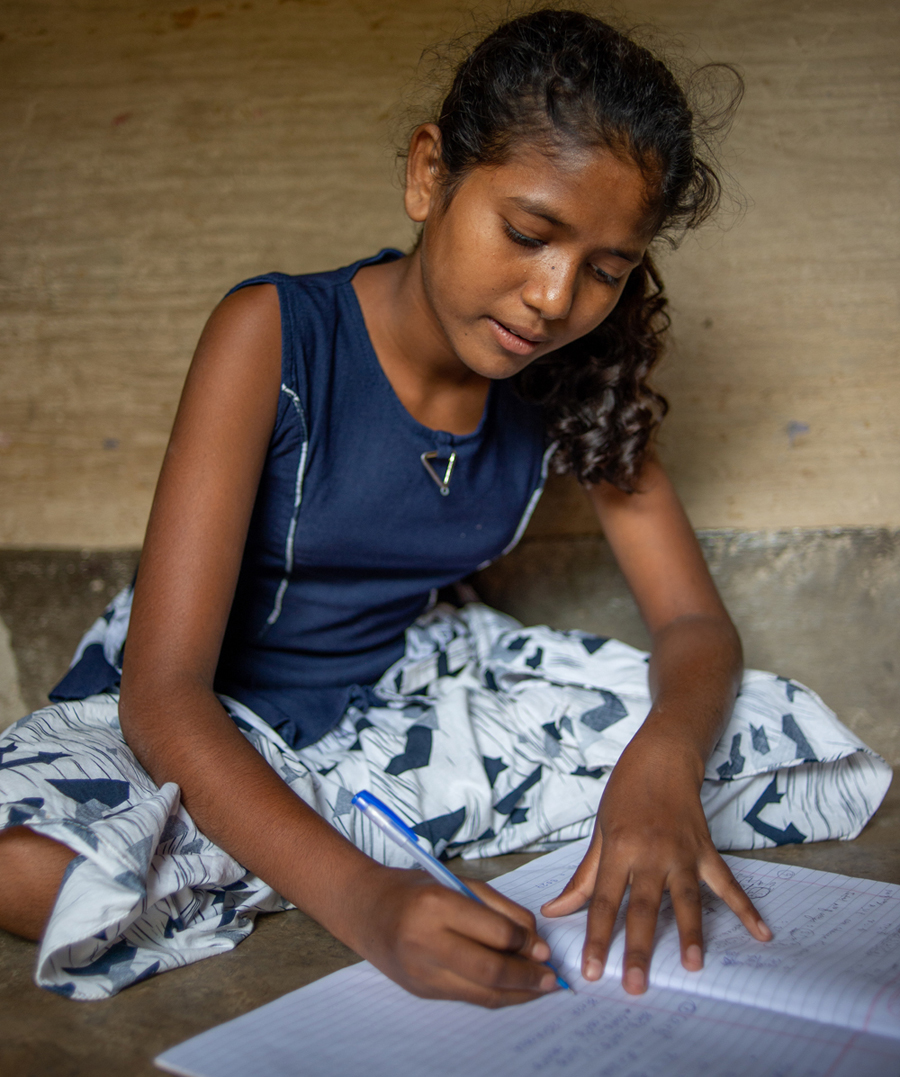 Khushboo, 15, secured 16th position in Bokaro District, scoring 92% at the State Matriculation Exam, 2019. Her name appeared in the newspapers and she was the talk of the town.

“Earlier Khushboo was identified as our daughter but after the result we are now known as Khushboo’s parents,” says Shibu proudly.

The result came as a surprise even to Khushboo but she was most astounded by the overwhelming attention and love she received from all quarters.

Her success has undeniably left footprints and inspirations for others to follow, regardless of their background. On a quick visit at the school to catch up on her teachers and friends, she was bombarded with questions on her journey and success. Her juniors including her brother Rajveer are taking cues from her. “I want to do better than her,” says Rajveer.

Khushboo has been World Vision India’s sponsored child since 2010. When she was six years old, she joined Sincere Children’s Club and has been actively involved in all World Vision India’s activities and trainings such as Life Skill Education for Transformation (LSET) and Life School for Transformational Development (LSTD). She was awarded first prize in a speech competition at the End Violence Against Children (EVAC) awareness campaign held in Ranchi.

Khusboo’s dream of becoming an engineer and clearing the most prestigious exam in India, the India Administration Service, has begun well but she has a long way to go. In the next three years she will pursue Electrical Engineering.

She has outgrown the dress she received from her sponsor but she still holds on to the letter and the postcard. Seated on a charpai (traditional bed) with her grandma by her side, she scribbles words of gratitude on a plain paper.

“It was because of the help from my sponsor that I could study well. I thank World Vision for the changes in my life. I attend all the World Vision programmes and have received lots of encouragement. My family and I want to thank you for all the help,” says Khushboo. 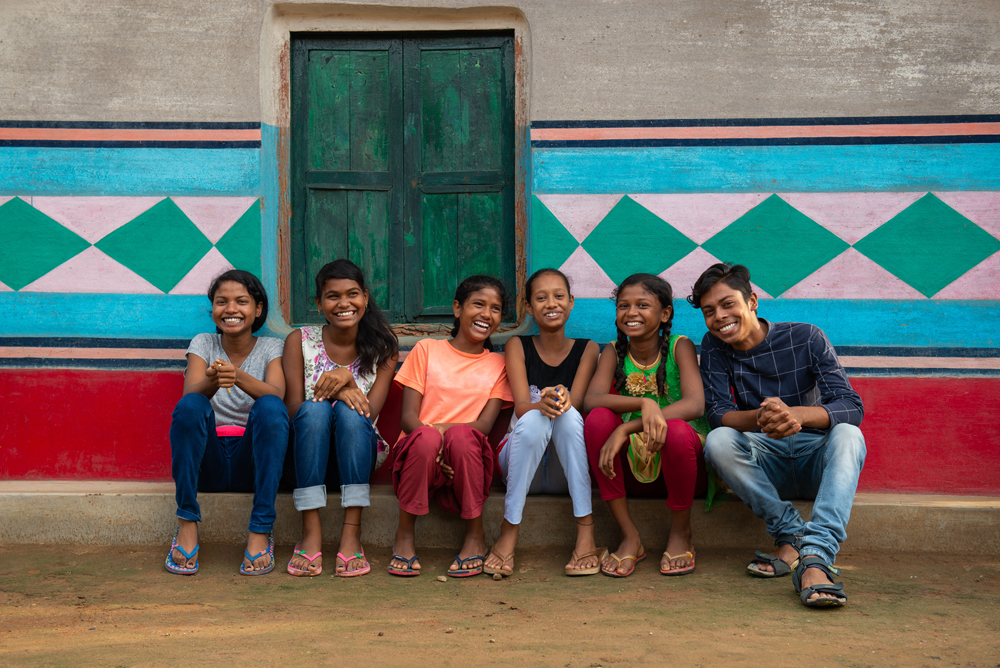 8 thoughts on “Education – the road to a better life”