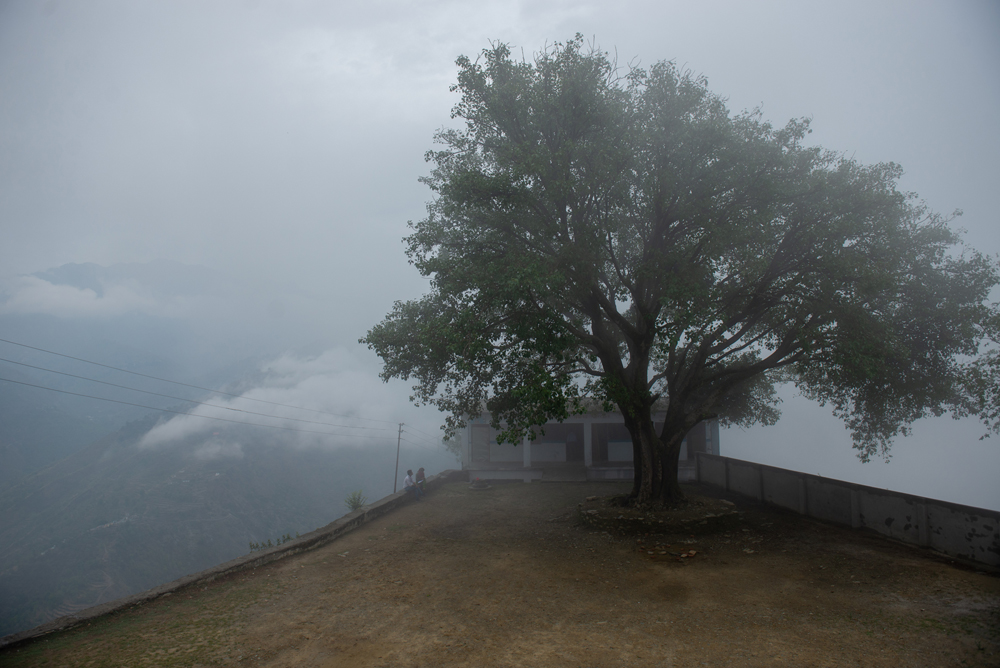 Chorkhal High School is perched on a mountain peak overlooking villages and forests on all sides. This is the only school for the cluster of 4-5 villages in the vicinity.

Sisters Himanshu, 16, and Samiya, 11, walk a daunting 45-minute long mountain trail from their village to the school. They are accompanied by Sumit, 14, and Pawan, 15, from a neighbouring village. The sun beats down on them, but hardened by the mountains they walk without breaking into a sweat. They pass through a patch of land where there are no big trees, just shrubs and bushes—but this is the most dangerous stretch in their journey—where bears and wild boars are often sighted. 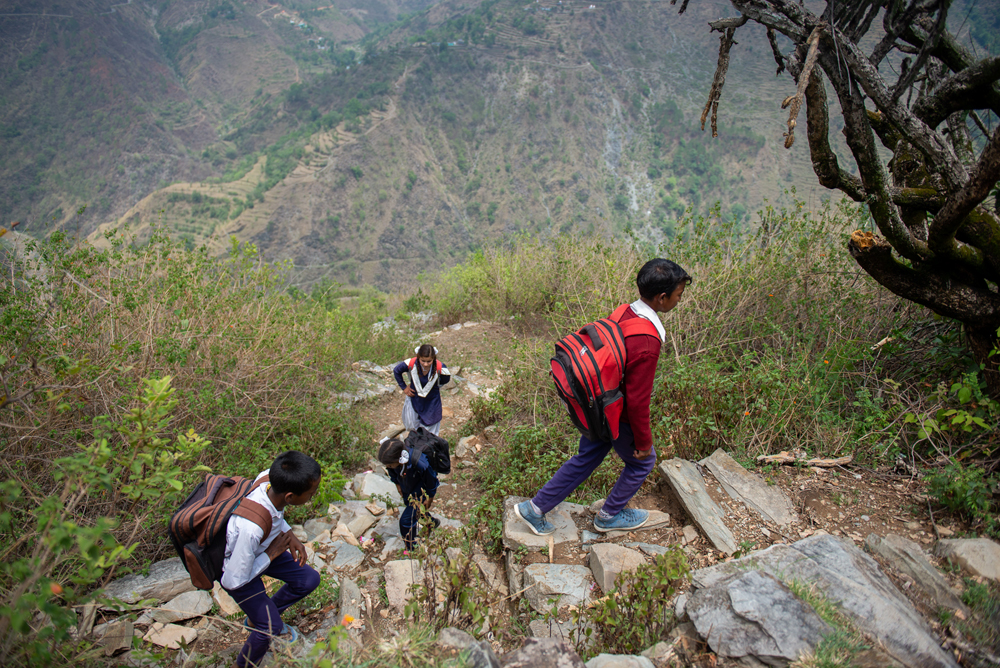 The only primary school in their village has seven students, but after the 5th standard, they have no choice but to attend school in a nearby village. Rampal Singh is the Principal In-charge and one of its only teachers. A resident of Pauri city, he has spent nine years in his village and has seen the village shrink from around 35 households to 25 now.

“It’s difficult here. There is no hospital, no school and no job opportunities. During summer, we struggle from drought and in monsoon, the road is often blocked by landslides. There are wild animals like leopard, bear, monkey and wild boar roaming the vicinity of the village. Children here are not allowed to go out on their own, else they risk being attacked by wild animals,” says Rampal Singh.

School-going children like Himanshu, Samiya, Sumit and Pawan are often victims of this man verses animal conflict because they traverse through forest inhabited by wild animals. And in the rainy season, they risk slipping on the steep terrain that the footpath traverses.

“It’s difficult to walk to school but we are used to it. Apart from other animals, snakes crawl out on the road when it rains. There are many risks on the way to school,” said Himanshu, who is in the 10th standard. 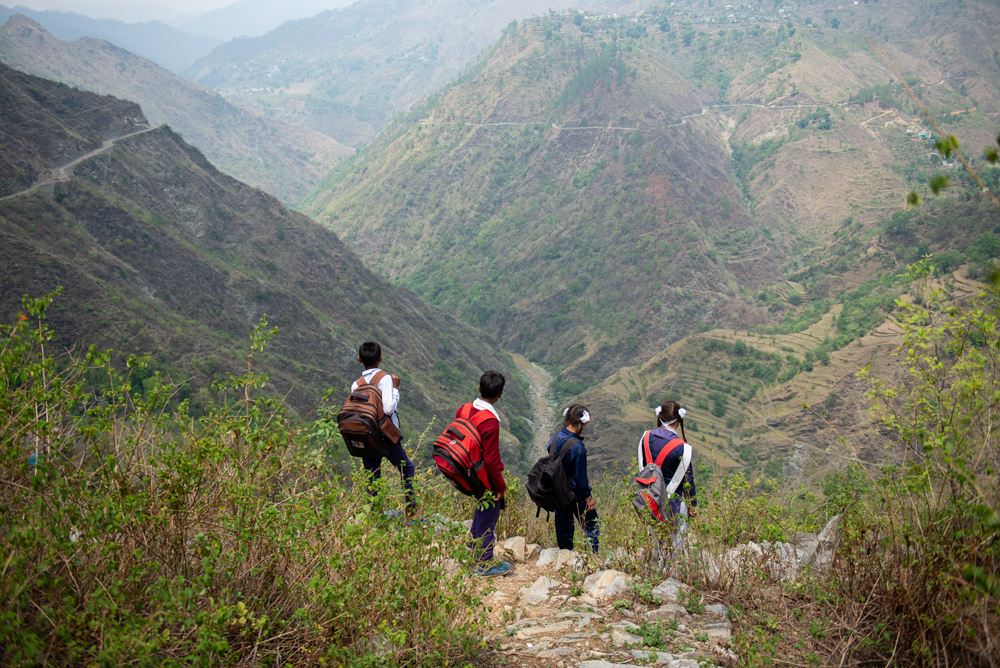 Sumit’s house sits on a slant of a hill that cuts into a river. On the other side of the gorge is a barren mountain where he would often watch Himalayan black bears scavenging for food.

“When there is any news of leopard or bear sightings, I don’t walk to school alone. I go to my friend Pawan’s house and we walk together. If I’m alone, I skip school,” says Sumit nonchalantly. 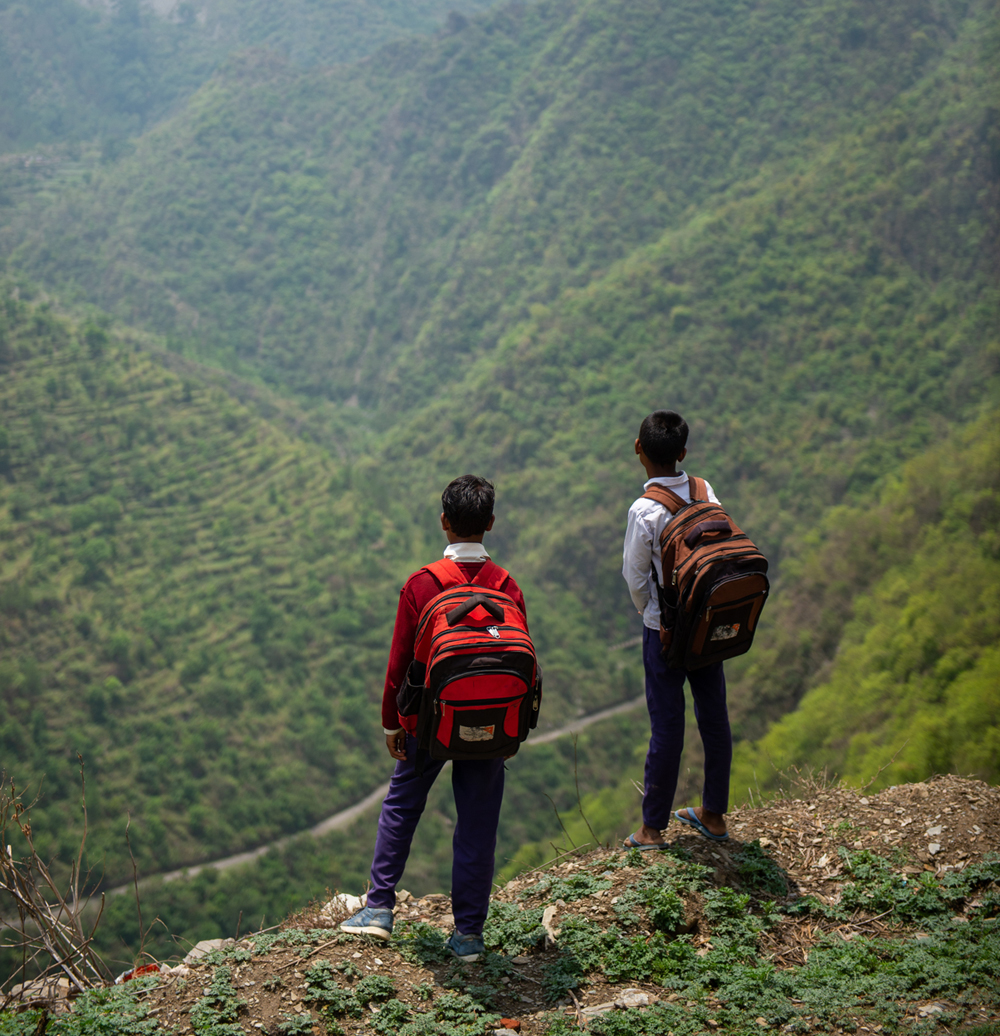 Forests are set on fire early spring despite of strict government laws against arson. The cattle rearing locals are dependent on new grass that emerge after the forest fire, but this also brings wild animals closer to the human habitation and creates conflict between wild animals and men.

“Villagers are more afraid of animals than thieves. We lock the door just to keep away animals. Recently there has been rise in wild animals’ sightings,” says Mawat, who keeps his two priced Labradors chained at all times. Dogs are easy prey for leopards.

World Vision India has set up 61 Remedial Education Centres (RECs) in 100 communities, covering 6059 children. RECs give learning support for children under 6-14 years. Each REC has a teacher and free classes are given for two hours, six days a week. This is to ensure that children attain age-appropriate learning and also develop foundational, essential and applied life skills. 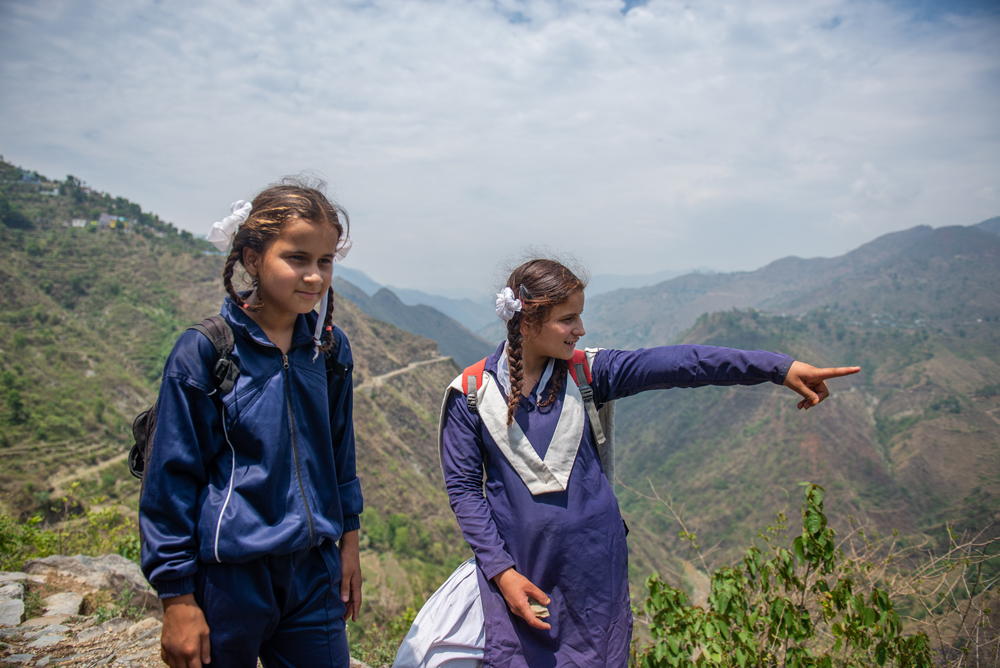 Samiya who is in the 6th standard attends REC in her village after school.  Here, she learns Hindi and Math. In many villages of Pauri Garhwal District, RECs have helped children stay in school. The overall assessment over the years shows that school dropout has reduced to a minimum in World Vision India’s operational areas.