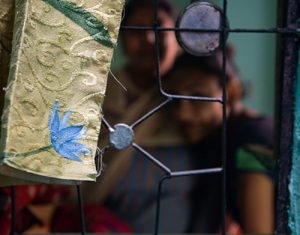 “I’m not afraid now, I can give it back to anyone.” says Pranitha*, smiling. She promptly points out to a portrait of an elderly man hanging on the wall across her and says in a cheerful tone, “He is my dad. He passed away two years ago but he was also my greatest cheerleader. He used to fight for me.” Today, Pranitha, eighteen, is studying in class 11 and wants to pursue her passion to become a make-up artist. Her mother, Anjana*, is determined and will not leave any stone unturned to help Pranitha be an educated, well-settled woman in society.

She, who is not afraid anymore, was once shut in a prism of fear and dread for months together because of an awful act she had to endure as a child.

When she was fourteen years old, in class nine, she was sexually assaulted. The perpetrator was a known 26-year-old man, who had recorded the incident and threatened to release it, if she said a word.

In the days that followed, an emotionally, 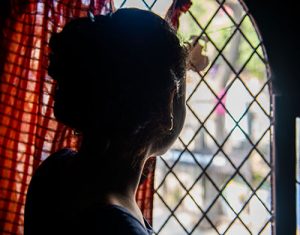 physically and mentally bruised Pranitha had to face more injustice. A girlfriend of the man, who sexually abused her, got hold of the video and came to Pranitha when she was alone and asked her for her clothes and belongings as a bribe to stop her from leaking the video. A helpless Pranitha gave the girl many of her belongings.

At home, Pranitha, a chirpy, bubbly and talkative girl suddenly became quiet and detached. She hardly spoke to her parents, hardly ate and even stopped going out of home. She refused to attend school and would tell her mother that she didn’t feel like going. All along, Anjana (Pranitha’s mother) suspected something was wrong. At the same time, there were people from the community talking about her daughter being sexually involved with someone.

Finally, almost a month later, when Anjana again asked Pranitha if anything had happened that disturbed her so much, she kept quiet and did not say anything the whole day. However, that evening, when Pranitha realised that the video had already leaked to the community and there was no point of her being silent anymore, she opened up and shared everything to her mother.

“As she was sharing everything, I began sweating profusely and had a surge of shock and anger in me,” says Anjana. Adding, “I immediately went to the girl’s house who was leaking the video and confronted her. Right after that, Anjana went to a nearby police station to file a case against the youngster who sexually assaulted her daughter. She went alone and the police officer made her wait for over five hours without saying or doing anything.

Anjana recalls the miserable incident, “They asked for my daughter’s birth certificate to fill the form and file an FIR, which I gave them. When it began getting late in the night, I asked them either to return my daughter’s birth certificate or to file an FIR, the police insisted that he wouldn’t give me the certificate if I didn’t withdraw my complaint. I was petrified. I did not know what to do and I just left the station and came home. I didn’t want to withdraw the complaint because I was so furious at what was done to my daughter but on the other hand, I knew we are poor and that I won’t be able to pay for this and fight it out.”

Just when Anjana felt she would not be able to gain justice for her daughter and was on the verge of giving up, a neighbour informed World Vision India staff about the incident. The Community Development Facilitator (CDF) immediately visited Anjana and Pranitha who narrated the incident. The CDF gave them Child line’s number (1098) and asked Anjana to report the incident.

Anjana says, “The CDF helped me in the process. She also helped me write a letter to the Child Welfare Committee (CWC) and fill an application. Since World Vision India works closely with CWC in Delhi, they helped me reach out to the committee. The CWC immediately spoke to the police and my daughter’s birth certificate was sent back home. CWC also visited home to meet with us. Soon, they began counselling my daughter at their centre.” 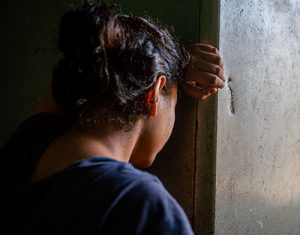 During these difficult times, what became harder was Pranitha’s father’s deteriorating health. He was paralyzed due to an accident. In January 2018, he suddenly passed away because of the illness. In July 2018, after fighting the case in court, the man who assaulted Pranitha was arrested and sent to jail. Pranitha also received an interim compensation of Rs. 70,000 through the Delhi State Legal Services Authority (DLSA) after the case was filed under POCSO (Protection of Children from Sexual Offences) Act, 2012.

“When the man was arrested, it brought me a lot of peace. Although the incident cannot be undone, at least justice was served. If not for World Vision, we would not have done this”, says a content Anjana.

Pranitha says, “Once he got arrested, I felt empowered.”

Pranitha has not only become her own cheerful, talkative self over the past three years, she also got back to school and is continuing her studies now. Many people advised Anjana to send Pranitha for a beautician crash course, but Anjana was and is determined to ensure Pranitha completes her schooling before she chooses her career. This motivation from her mother, the CWC counsellor and the CDF helped Pranitha step ahead and live her life freely, jubilantly and with no baggage from the past.

Today, Pranitha’s story is a tough reminder of the reality of Child Sexual Abuse, especially against the girl child, in our country. Her story is also an inspiring reminder of the power of sensitisation. It is because Anjana and Pranitha were sensitised about Childline and CWC by the World Vision India staff, and was also supported in the process, that Pranitha was able to receive justice, a supportive recovery and the interim compensation.

As responsible citizens of the country, let us not only celebrate the girl child but also protect her, sensitise her and empower her.

8 thoughts on “Beyond Celebrating, Empower the Girl Child”