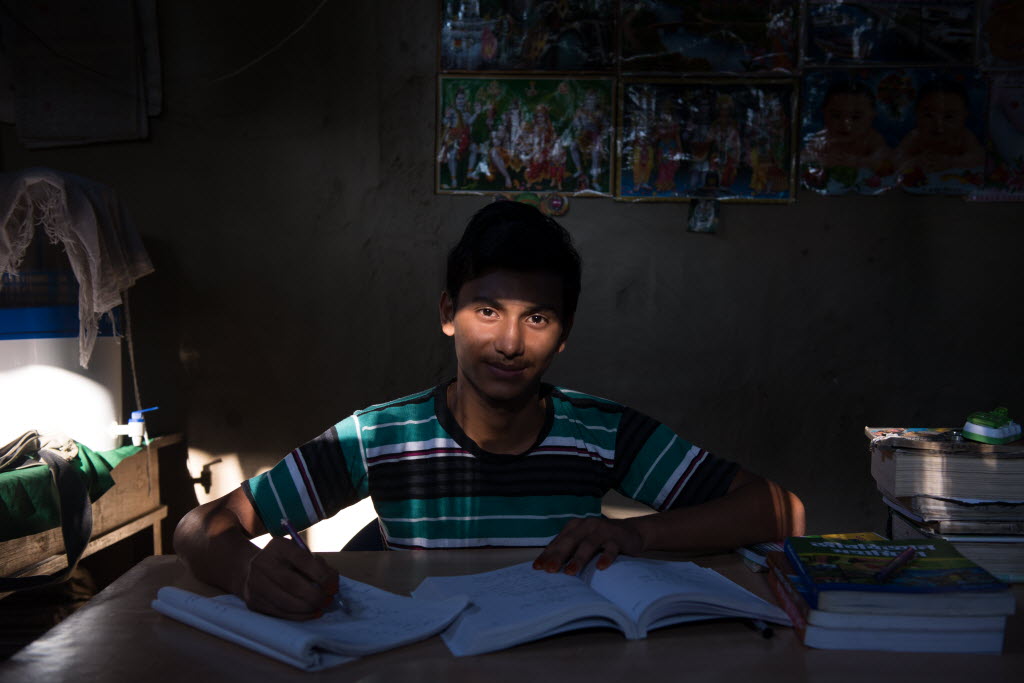 This young boy could have made every excuse to not get an education – poverty, lack of infrastructure, lack of opportunities being the chief ones. Then there was also the fact that his school was located 15 kilometres away from his house in Udalgiri, Assam and there was no electricity in the evening hours, making studying impossible.

But Satyajoti triumphed over every obstacle destiny had put in his way…he was the first student in his school’s history to pass Class 10 with first division marks last year!

Where it all began
Satyajoti comes from a humble home nestled inside a dense forest in Udalgiri. The village is poor but scenic. There are just 45 families in this tiny hamlet, of which Satyajoti’s farmer parents are a part. The village celebrated Satyajoti’s high exam scores with understandable gusto – lack of facilities and infrastructure conducive to learning has kept many children away from the benefits of education for years now.
Satyajoti had a yearning for education even when he was young, but it seemed like the odds were stacked against him quite heavily. “I would cycle to school, but I would get so tired that I would go to sleep when I returned. This affected my studies. My parents used to worry till I returned, because there were no streetlights or even roads. Wild elephants come out after dark and have attacked people in the past. And after reaching home, even if I stayed awake to study, there would be no electricity so studying in the dark was impossible,” he remembers.

This would have been the end of this bright young man’s story had World Vision not rectified matters.

With World Vision’s intervention…
Satyajoti now studies in Class 11 and lives in a hostel close to his school. He recently visited his village for Durga Puja. Feasting on tea and homemade sweets, the 16-year-old says, “Without the tuition classes supported by World Vision India during my Class 9 and 10 years, I would not have got such high scores. We cannot afford private tuition classes and teachers don’t travel to the interiors of the area to teach students.
“Not only tuitions, World Vision also galvanised the community to build proper roads for the village. They provided 3,000 bicycles to students in the area. They even installed 4,300 solar-powered lights in 2014 so the village could have visibility despite power cuts. So many students – I was among them – are able to study late in the night due to these lamps. This was not possible before.” He remembers getting about five extra hours to study, and he would wake up at 3 am to revise for a straight nine hours. 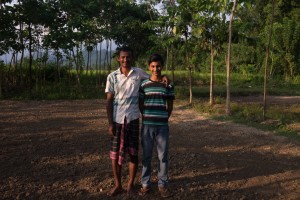 World Vision has changed not just Satyajoti’s life, but also that of his parents’. Anil proudly shows off his field which is ploughed by two bulls provided by World Vision. “I also rent out the bulls to other farmers, so I make some extra money,” he explains. “Our family received 3,300 tea saplings this year and within five years’ time, they will pay for my son’s engineering course,” he adds. About 600 families have received tea saplings from World Vision India at Udalguri between 2014 and 2015.

Father and son also learnt valuable lessons in tree plantation and conservation from the Life School for Transformational Development, which they have attended twice. After the sessions, they planted 50 trees. “We wanted to give back to the environment. We cut down trees often for our household purposes such as building our roof, boundary walls, furniture, etc,” Anil explains.

“My wife and I never went to school,” he says, adding “I am very proud of my son and I know he will achieve great things in the future.” Satyajoti chimes in, “All my achievements have been possible only due to World Vision India’s support and encouragement. I want to become the first engineer in my community.”