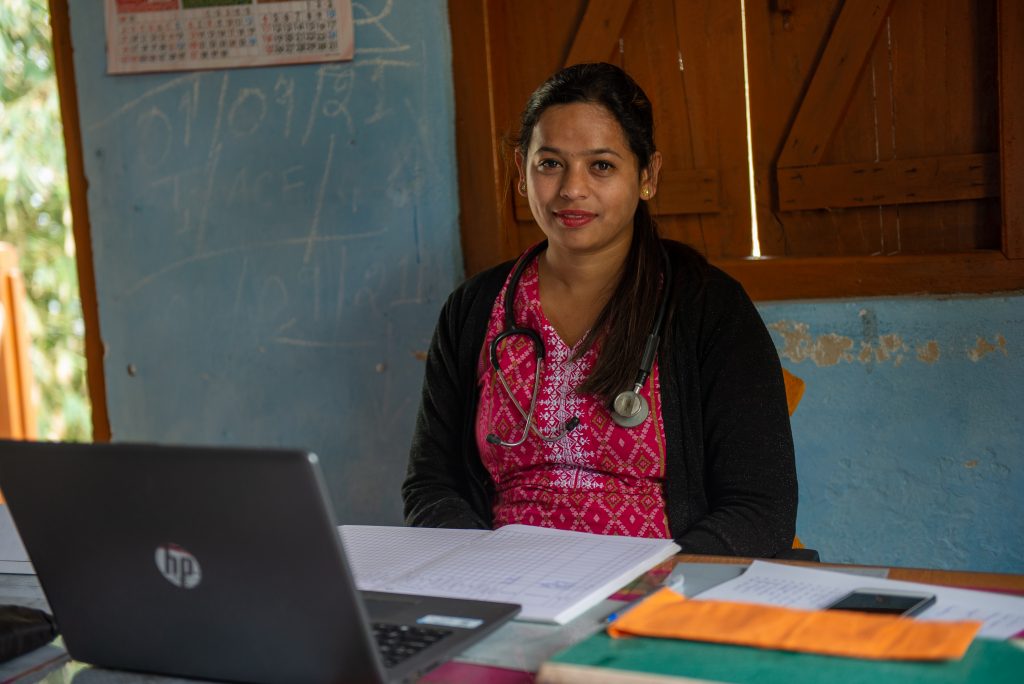 27-year-old Karuna’s office is on a hillslope overlooking a few houses by the roadside, and further away are miles and miles of forest-covered hills, with villages scattered in between. Karuna is a Community Health Officer (CHO) and looks after 19 villages in 2 Gram Panchayats in Kalimpong District.

As a Community Health Officer, her job entails administrating immunization to children, counseling pregnant and lactating women, and regular check-ups of patients with non-communicable diseases such as cancer, diabetes, and blood pressure. She loves her job. “As a child, I wanted to be a teacher, but I love this job. I do a lot of counseling and awareness programmes in the villages on health. In a way, my job is like teaching,” says Karuna with a smile.

She travels almost three hours everyday to work through a winding and dizzying maze of roads, but that doesn’t daunt her. Her difficult childhood growing up in Sangsay village has prepared her for the challenge that is at hand. Her village is around 10 km from Kalimpong town, but it was perched on a steep slope, with no road, electricity, or running water facilities. It was so close to modern civilization and yet they felt cut off from the outside world.

Karuna is one of World Vision India’s first set of sponsored children in Kalimpong. In 2000 when World Vision India started working in the community, she was 8 years old. There was no school in her village, so she had to walk 13 kilometers to the nearest school. “We used to walk for 2 hours to reach school. And walk another 2 hours after school,” says Karuna. Years later, World Vision India helped establish the first primary school in the village, but by then she was in high school.

Her village was in a dire state when World Vision India started work. It had no water pipeline for drinking water. Karuna recalls spending a couple of hours a day fetching water from ponds and streams nearby. “When we were young, we fetched water from a stream, and we had to wait in queue during the dry seasons,” said Karuna.

World Vision India installed water pipelines, built water tanks, and paved the only road to Sangsay village. These interventions were breakthroughs and improved their quality of life. “When the road was built, we started travelling to school in vehicles. I was in 9th standard at that time. Because of the road, more children stayed in school. Earlier the dropout rate was very high. The dropout rate was reduced by around 40%,” recalls Karuna. Today almost every child from Sangsay village attend school.

The availability of running water facilities has taken away the chores of collecting water, which was very hard on school-going children. Karuna and her two sisters, who were also World Vision India’s sponsored children, experienced the difficulties of staying in school. Karuna’s parents were farmers and could barely support their three children. They had no money to send their children to a boarding school in Kalimpong.

After the matriculation exam, Karuna was at a crossroad. The result of the exam had very little to do with the dilemma. “My father told me to quit studies as he couldn’t support me financially,” says Karuna.

Karuna, her sisters, and some friends requested World Vision India to sponsor their education, and because of this, she was able to complete 10+2 from Kalimpong. She completed General Nursing Midfidery (GNM) from Kurji Holy Family Hospital in Bihar. “Without World Vision, I would have dropped out,” says Karuna.

After completing the GNM course, Karuna was appointed as a nurse in the Kalimpong district in 2019. Then she attended a three months administrative course and was later promoted to Community Health Officer. 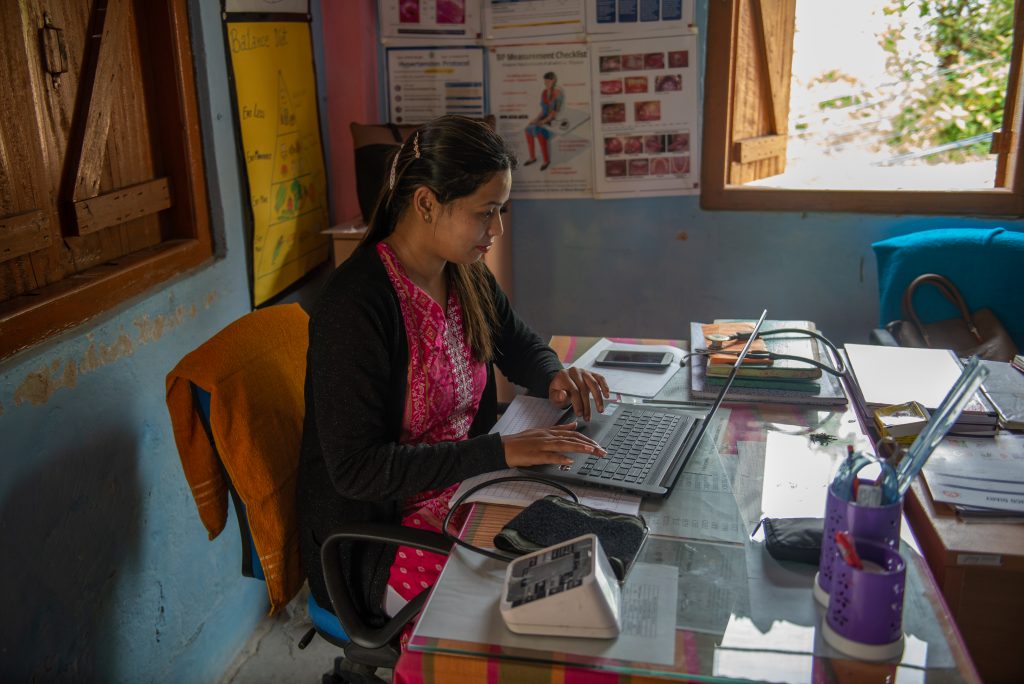 World Vision India has been working in Kalimpong since 2019, for the past 23 years. Karuna recalls her time at the children club fondly. “Though we were all from the same village, we didn’t have that bond. We were too busy doing domestic chores like fetching water and cutting grass for cattle feeds. The children club brought all children from the communities together. It solidified our bonding,” says Karuna. Karuna attributes her confidence to all the activities learning and Life Skill Education for Transformation (LSET) training.

The village she grew up in is hardly recognisable today. Karuna never thought she would be able to reach such heights in her career. Her elder sister Rubina is a staff nurse at a hospital in Kalimpong, and her younger sister Sakun works in the tourism industry in Gujarat. “If you come to my village, you will meet so many people like me who are indebted to World Vision,” says Karuna smiling.