Arti, aged 16, won the State-level School essay competition in Uttarakhand. This was a significant achievement for a girl from a small village who hadn’t dreamt of success beyond her village.

Her village of around 100 households is a picturesque village surrounded by pine forests. But living at such a high altitude comes with a heavy price of water shortage and having to walk through difficult mountain terrain to school. Arti wakes up early at 4.30 to fetch water and attend to household chores. At 7.30 am, she leaves home and walks half an hour to school through the pine forest. 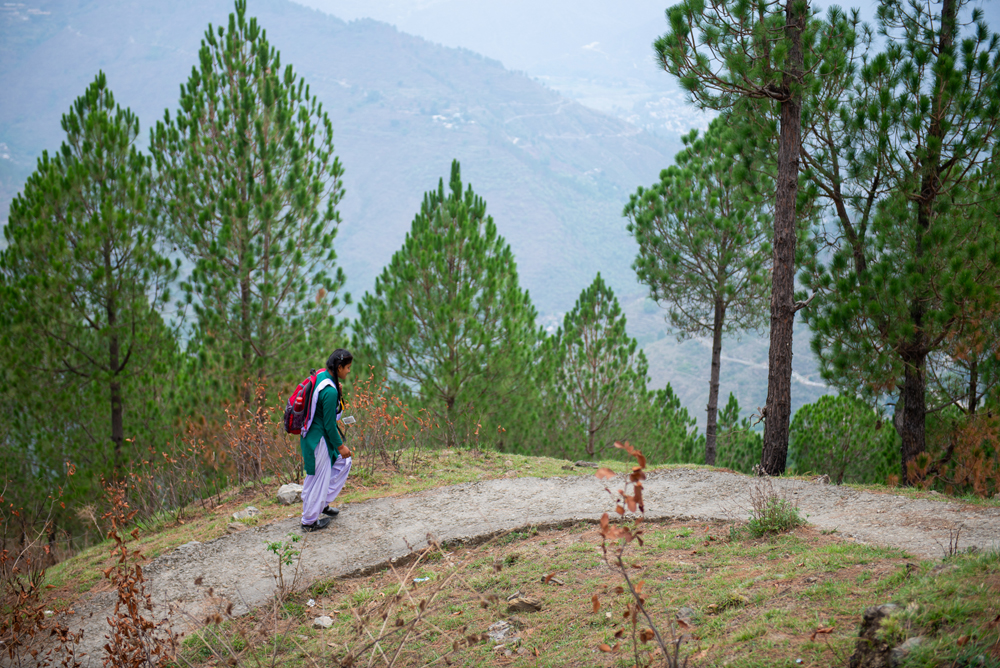 Arti’s father Surendra Singh runs a small shop in the village while her mother Laxmi Devi milks the cows and cuts grass for the cattle. They plant seasonal crops on the difficult mountain terraces. Arti has two brothers Dharmendra, 22, an army personnel, and Yashwant, 19, a computer science student. 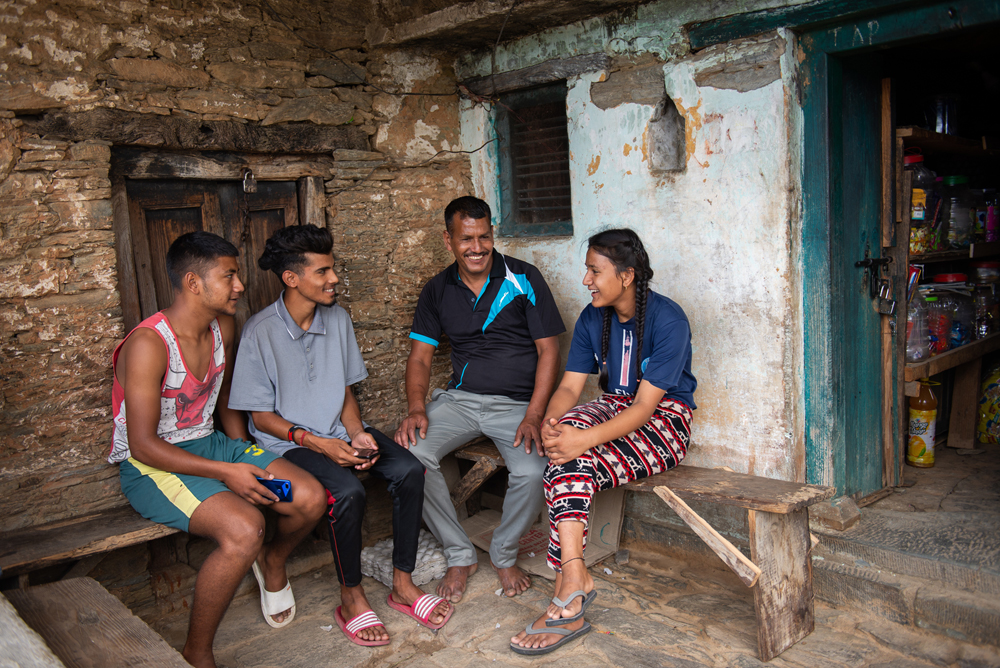 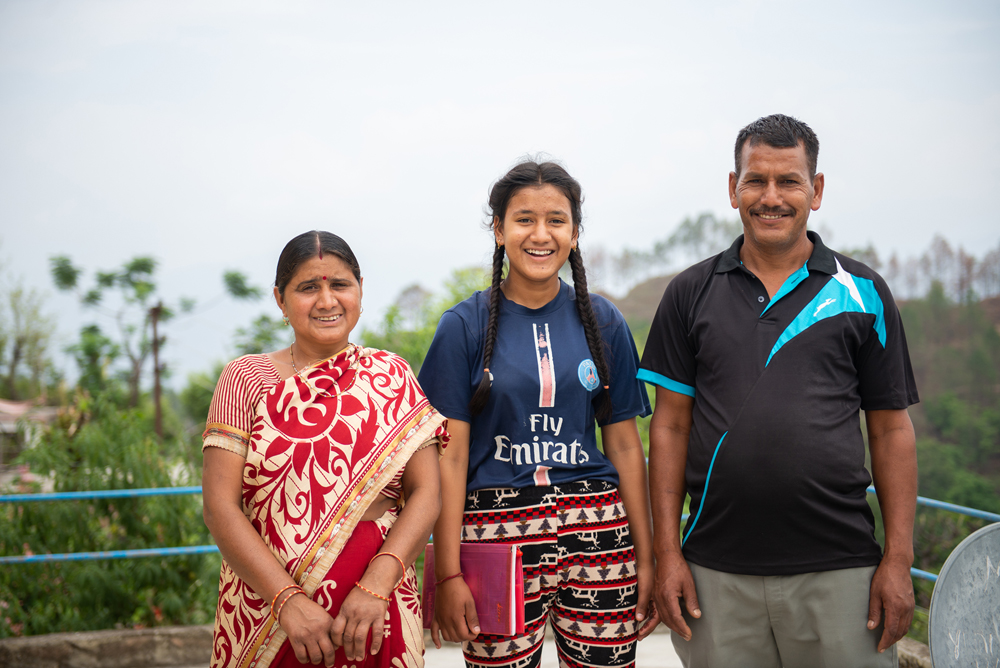 Her parents are now supportive of her studies and extra-curricular activities, even to the extent of enrolling her in a gym, 5 kilometres away from the village, at Pauri town. Her father devoutly does the job of dropping her off and picking her up on his two-wheeler.

Surender Singh was not always so supportive of his daughter’s dream. Education was not always the most important for them before World Vision India’s awareness programme changed his mind. “Now I pay more attention to my children’s education,” he said. 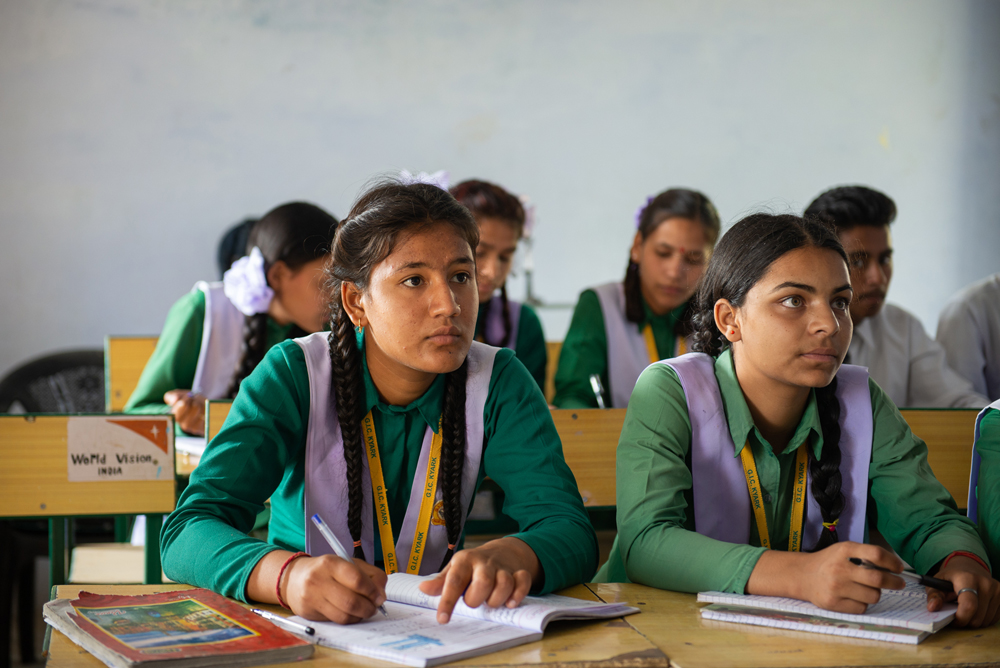 In the four-page essay, Arti wrote about her dreams for Uttarakhand. She dreams of a state where the streets and villages are clean, where senior citizens are looked after and respected. She wants to see farming prosper in her state. She writes about how wild animals and changing climatic conditions have created havoc among the farming community across the state and the need to find a solution for it. Finally, Arti wants to see the state become an education powerhouse, on the same level with Kerala.

Arti collected the prize in Dehradun from the Governor of Uttarakhand. The celebration continued at her school, and she was also facilitated in her village. Arti’s writing skills and her social awareness were honed at Sangam Children’s Club run by WV India. Through programmes like Life Skill Education for Transformation (LSET), she learned moral values, critical thinking, hygiene and sanitation and child rights.

“Arti is very active in all school activities. Earlier she didn’t get the opportunity she needed, but given the trust and opportunity, she excelled in sports and education. She is a role model for other students,” says the school Principal, Srichand Singh.

Arti attended the Remedial Education Centre (REC) run by WV India when she was younger. REC is an informal centre that gives learning support for children aged 6-14 years. Each centre has a teacher and free classes are given for two hours, six days a week. It is to ensure that children attain age-appropriate learning and also develop foundational, essential and applied life skills. In Pauri, World Vision India has set up 61 RECs in 100 communities, covering 6059 children.

In the family’s sitting room, Arti’s trophies and medals make up quite an impressive collection. She holds a certificate in her hand. Her mother does not know how to read but she beamed with pride at her daughter’s achievements.

From the terrace of her house, she often watched the waves of hills, as far as her eyes could see. She has learnt to care about the environment and along with her peers at the Children’s Club, she has participated in cleaning initiatives. On being asked what she likes most about her village, she didn’t hesitate to say, “The fresh air.”

“The village is much cleaner after WV India came. Every house now has a toilet and people don’t throw waste in the open anymore,” says Arti.

WV India has worked in Pauri for almost two decades and Arti has seen significant changes. Villages in Uttarakhand practised open defecation until a couple of years back. WV India has played a crucial role in ending this centuries-old practice by sensitising and providing toilets. Her village has achieved open-defecation-free status, and school-going children like Arti have benefited the most from this.

“I couldn’t speak in front of people before. But after attending WV India’s programmes, I have gained more confidence and I learned to speak in public,” says Arti.

Arti’s dream is to work in a bank after completing college. Her parents are very supportive and are willing to help achieve her dreams by sending her to college in which case she will become one of the few girls in her village to attend college. Arti is a trendsetter in her own right. 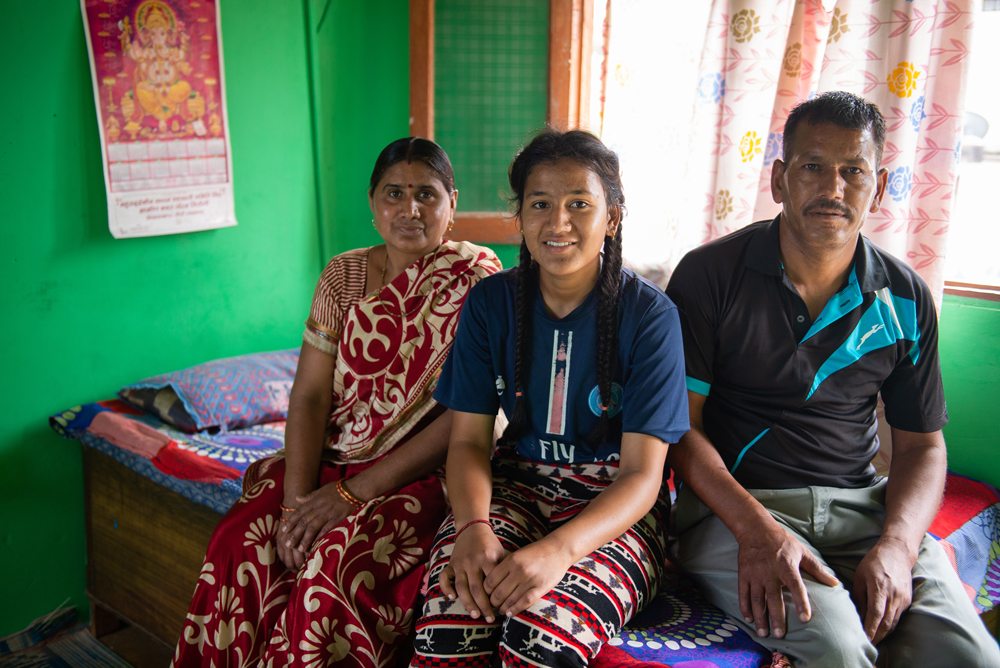 7 thoughts on “A Trendsetter”