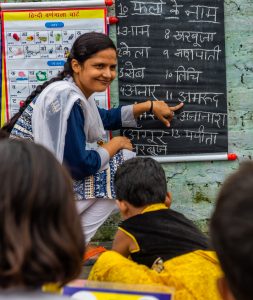 h, who, in her usual routine, picked up her little sling bag, put on her sandals and stepped out of her two-room abode onto the streets of Meerut – a city that accounts for the highest number of child labourers in India. In her late twenties, Mamtesh simply had just one goal – getting children out of the vicious, harmful manual labour and getting them into school.  This was her going beyond her role. This was her dedication, because Mamtesh’s primary role as a Remedial Education Centre (REC) facilitator or teacher is to gather children from the community and teach them basic education for about two hours every day during the week. 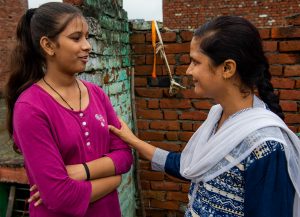 This passion took Mamtesh to the home of a bright young girl, Mohini, that day. Mohini had to stop going to school and help her mother earn a little more income for the family at the age of nine. Having thee younger siblings who never went to school because their mother couldn’t afford buying them books, bags or uniforms, Mohini wilfully left school to work with her mother and earn an income for the family. “When we didn’t go to school, we didn’t have any friends” said Mohini. When asked why, Mohini continued, “We sat at home working all day, we couldn’t afford wasting time playing outside with friends.” When Mohini turned 11, she pleaded with her mother to send her younger siblings, Rohan, Ritika and Tanishk to school. Sadly, her mother helplessly had to say no. Her income was only sufficient to feed the family two square meals a day.

So, Mamtesh, a little nervous yet determined, climbed a flight of old, chipped off stairs to visit Mohini’s tiny one-room home. She took it upon herself to talk to Mohini’s mother. She spent time counselling her mother about the importance of education. She persuaded her to send the children to the REC for two hours every day, where everything including books were given to children free of cost. With a sigh of relief, Mamtesh was able to wave a goodbye to the family after having convinced Sudhesh to send her children to the REC. It took a couple hours of talk and pouring out about her helpless state to a patient Mamtesh for Sudhesh to agree to send her children there. 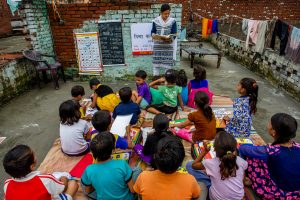 n to Mohini and her siblings’ ability to learn and grasp new things, like she did for the other children. In one year, She noticed that Mohini (16), her younger siblings Ritika (13) and Rohan (15) picked up their basic education so well. Wasting no time, she immediately met Sudhesh and told her how well their children were studying. After much counselling, Sudhesh agreed to send her children to school. Mamtesh helped them fill application forms in a government school closest to their community and got them admitted in school. 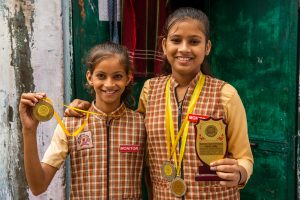 Today, Mohini is 16 years old and she has completed her tenth grade. Not only her, her younger siblings are school-going children as well. Mohini topped her class in her eight grade and won three medals and a shield.

Four years on, Sudhesh is still grateful to Mamtesh for encouraging her to educate her children and pull them out of child labour. Despite World Vision India completing its project in Meerut in 2019, Mamtesh continues to meet with the children and help them cope up with their studies.

Like Mamtesh, Mobina, another REC facilitator from the communities we serve in Jaipur, has been an inspiration to the children there. Every child who attends the REC centre has a word of appreciation and gratefulness for the lasting change in their lives. Little Misha*, who is thirteen years old, faced an incident at the age of eight that no child or any human should ever face. She was sexually assaulted by a 17 year old neighbour at his home in broad daylight. 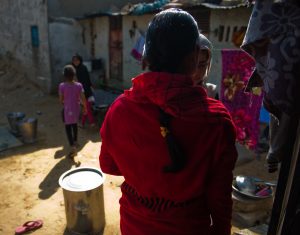 Misha was frightened and experienced a whole range of social effects following the incident. She refused to step out of her home and even when she would go for a bath, she would scream and yell out of the fear that was gripping her.

When World Vision India’s volunteers part of the Child Protection Unit (CPU) got to know about the incident, they immediately rushed to the girl’s home and spoke to her mother. This Child Protection Unit was formed by World Vision India when they began work here in the community in 2015. It comprises youth from the community, REC facilitators and women from the Self-Help Group (SHG).

The Child Protection Unit helped Misha get assistance from ChildLine and also empowered Misha’s mother Anju to meet with a lawyer to receive the government’s compensation that Misha is legally entitled to. Her family received an interim relief of up to 1 lakh rupees, including expenses for the medical costs. The rest of the compensation will be given to Misha, after she turns 18 years old.

Only justice in the case was not the end, the CPU also took a decision to help restore Misha’s childhood back to her. 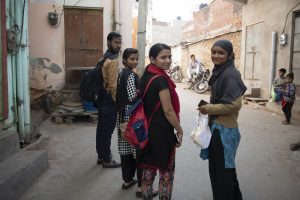 “Mobina, the REC facilitator (woman with the red bag in picture), constantly spoke to Misha during the initial days and explained to her how this wasn’t her mistake and that she wasn’t at fault.” shares Harun, the Community Development Facilitator from World Vision India

After the incident took place, Mobina motivated Misha’s parents to enrol her in school. Since Misha was still fearful of mingling with people, the first step was to encourage her to join World Vision India’s REC. These centres help children, who find it hard to cope with studies in school, develop their reading and learning outcomes. Children are also taught games and activities based on values to develop their interests and hobbies.

Mobina says “We kept visiting her home and motivating her to come to World Vision India’s Remedial Education Coaching Centre. In time, she opened up and began coming to the REC. Here, I encouraged her to study, play and mingle with her fellow children at the centre.

Now, Misha is enrolled in school and studies in class four. When asked ,“What would you like to be when you grow up?” She said with a smile, “I want to be like Mobina didi (elder sister). I want to teach small children like her”

This teacher’s day, we want to honour and celebrate the Remedial Education Centre facilitators who are trained volunteers from within the community helping children receive basic education to learn, grow and achieve their dreams. They tirelessly put their efforts to teach and are a constant support to thousands of children like Misha and Mohini.