World Vision India, as an organisation, is committed to child well-being in the country and has been actively engaging with communities across the nation through various projects that have benefitted thousands of children. Being a child-focused organisation, child health and nutrition programmes are carried out in multiple locations that cater to the children and their mothers and adolescents.

Child-under-nutrition is caused not just by inadequate nourishment but also by frequent illnesses, poor childcare, feeding and health-seeking practices, insufficient maternal nutrition and lack of access to health and other social services.

World Vision India works with the community health volunteers, Accredited Social Health Activists (ASHAs) among pregnant and lactating women, counselling them to take their IFA (Iron Folic Acid) tablets at correct times; in addition to improving the quantity and quality of food. Pregnant women are motivated to attend all necessary ante-natal care sessions, conusme deworming tablets and rest well. They are equipped to identify early danger signs and encouraged to maintain personal and environmental hygiene. Mothers and caregivers of children under five are given awareness on the importance of nutritious food intake.

Here are some positive stories from the field 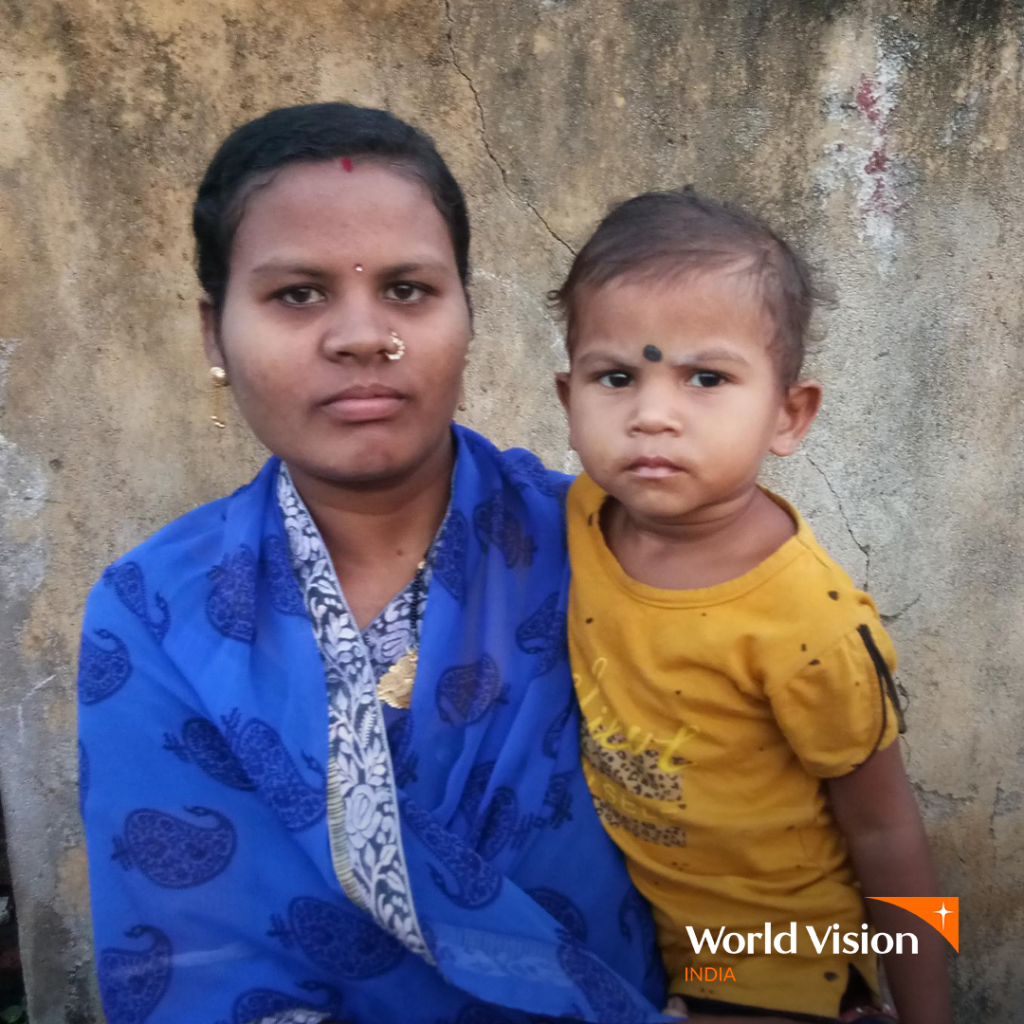 Dhamyanti lives in Narsingpur, Madhya Pradesh. In her village, they believed that pregnant women must not go for an ultrasound at the health facility as it would make the child sick in the womb or cause some defect in the development of the foetus. Dhamyanti was part of World Vision India’s Care Group programme when she was in the seventh month of pregnancy and regularly started attending the meetings. The Care Group promoter and coordinator continuously followed up with her and the family in sensitising them and encouraged them to go for health checkups at the government health facility. The family was fully convinced and agreed to go to the health facility to receive the ANC services. After a couple of months, she gave birth to a healthy girl baby with a “Kala Chhira”.

There was also another belief in the community that if a baby was born with any prominently visible blue-coloured vein, called “Kala Chhira” in Odiya, few practices and rituals have to be followed to rectify it. The methods included applying turmeric to the area where the vein is visible and keeping a hot iron press over it. According to their belief, it is good for the baby and will aid in its long life. Our Care Group volunteers repeatedly visited these villages and after much struggle, the community was sensitised and stopped these harmful practices. They were also sensitised to the danger signs and were encouraged to go to the health facility instead of causing more damage to the newborn babies.

“Because of this traditional belief, I would have harmed my daughter, but by the care group programme and health education received, I saved my daughter from this harmful practice and my family belief system is also now changed. I thank World Vision India and the Care Group programme,” says Dhamyanti. A happy mother with a healthy baby girl, Dhamyanti now projects herself as a role model for the entire community. 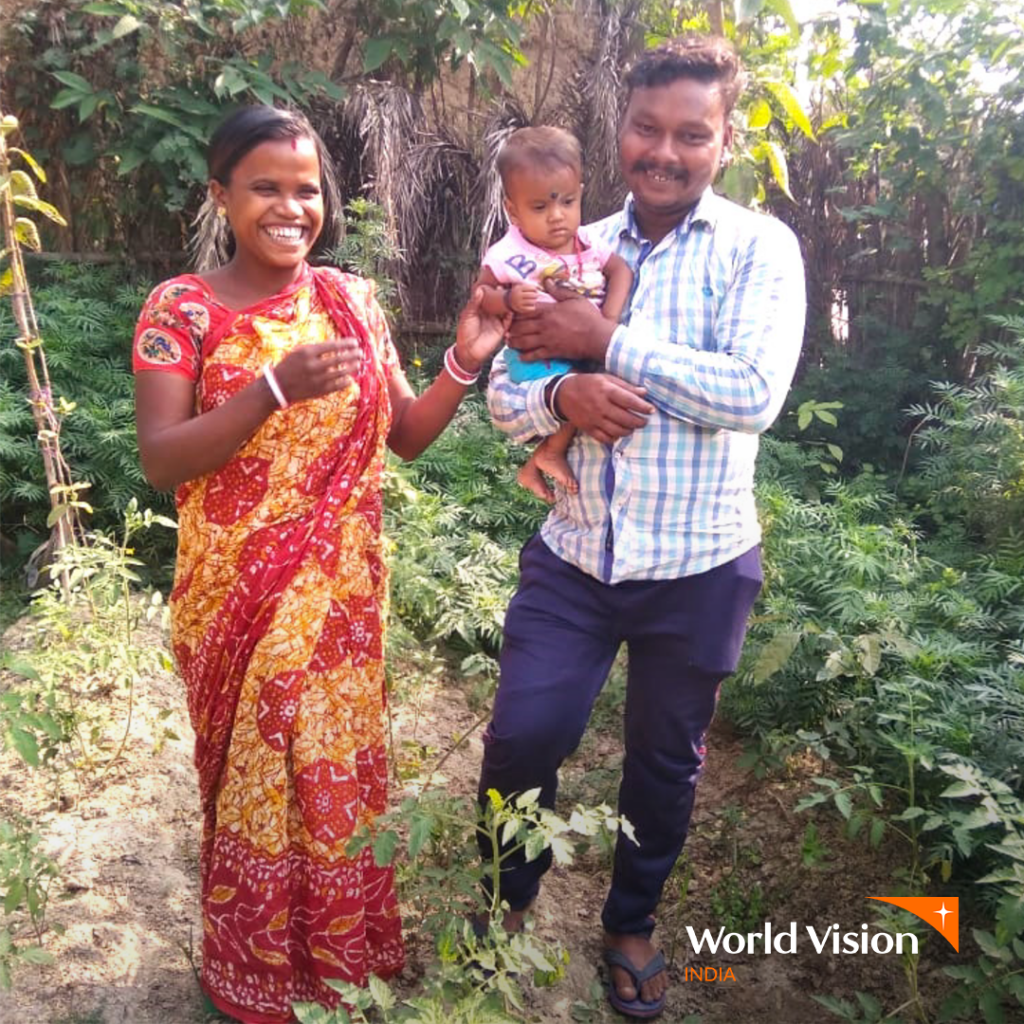 Nivas and Bondona, a young couple from a village in Murshidabad, West Bengal, had had the misfortune of experiencing five continuous miscarriages. To support her husband economically, Bondona toiled in the paddy fields and performed all the household chores as well. This heavy workload, coupled with poor nutrition and ignorance about the warning signs and symptoms, resulted in her declining health and miscarriages. Hearing their plight, the area Care Group promoter, Maria, invited Bondona for a meeting to discuss and counsel her.

After becoming a part of the care group, Bondona learned about the precautions that pregnant women should take during the gestation period. Maria helped Bondona and Nivas detect early symptoms, counselled them on the benefits of good nutrition and measures that need to be followed by pregnant women. With this new knowledge, the couple felt confident to try again and are now parents to a healthy baby boy. 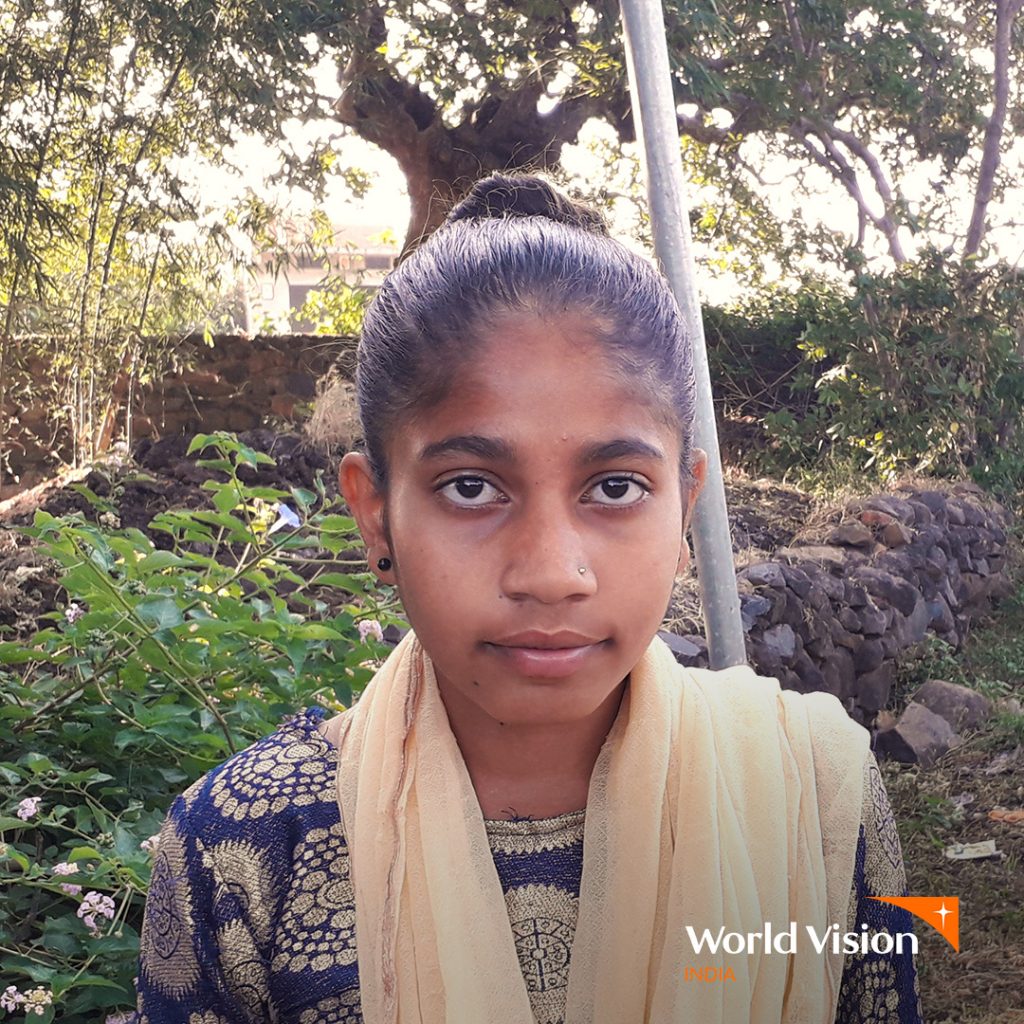 Fourteen-year-old Tanisha Kumari from Pratapgad, Rajasthan, is an excellent student and an active participant in extra-curricular and co-curricular activities but always resisted participating in the health check-ups organised in her school. She refused to take the prescribed Iron Folic Acid (IFA) Supplements provided in school as she did not like the taste and felt nauseous after consuming the tablets.

Luckily, Tanisha’s mother works as a volunteer with the TTC programme and signed her up to join the local Children’s Club run by World Vision India. Here, she was made aware of the detrimental consequences of anaemia and the importance of consuming the IFA supplements for adolescent girls. She was also educated on the importance of maintaining good health and hygiene during menstruation. After receiving this awareness, Tanisha started participating in health programmes and check-ups organised by World Vision India and the government. “Anemia is a big problem among adolescents, especially girls. If we do not address this issue timely, then our coming generation will be born malnourished,” asserts Tanisha.

One thought on “A Healthy Future For Every Child”