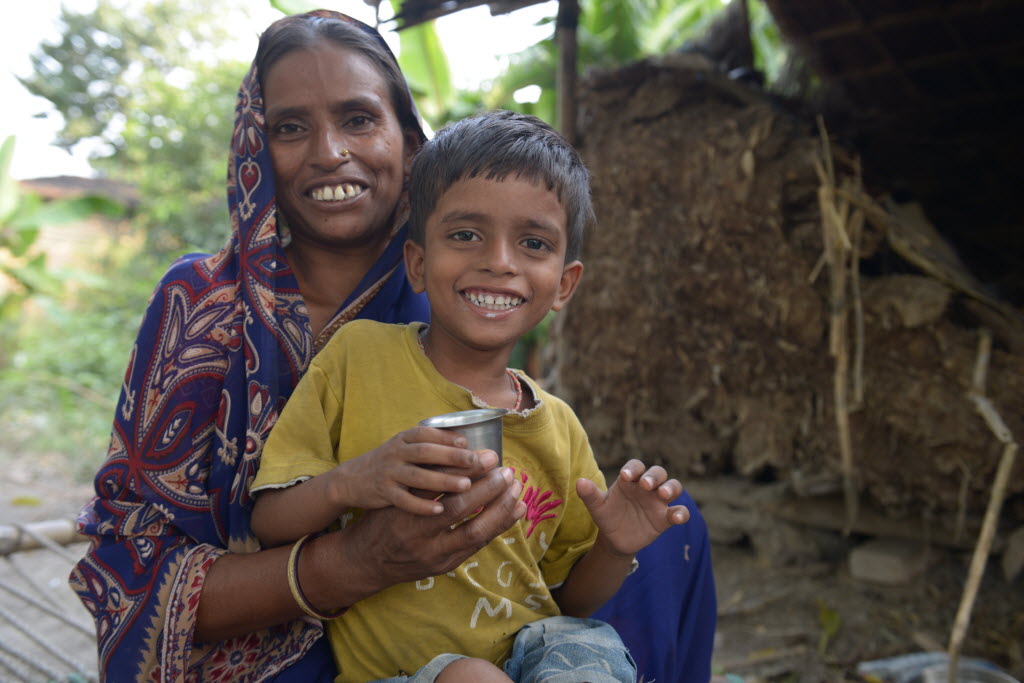 Illiterate, unskilled, a victim of circumstances…Nirmala has seen the horrors that poverty and crushed dreams can wreak on a person. It never occurred to her elders to invest in her education, a regret she carries to this day. “Nobody expects much from a girl. Poverty defined my destiny from the very start. Even when I was very young, I had to cook and clean around the house, do mundane chores for the family. My day would begin at 6 am and end at 7 pm, all of it confined to the four walls of the house.”

She adds wistfully, “Going to school was someone else’s reality, a fantasy that belonged in somebody else’s story, not mine…”

For girls like Nirmala, the teenage years bring their own life-changing events and inevitable tragedies. “I was married when I was 13 years old, and I had a child two years later. My husband was a driver, and we barely made enough money for food. Soon, I had other children too and there was simply no way to feed so many mouths. I began to do odd jobs to make some money.

“All along, I would keep telling myself, ‘This phase will pass, I can do this’. But there was more to come. My husband was diagnosed with Hepatitis B. I kept thinking that he would pull through, and I did all I could to save him – I exhausted everything I had to buy his medicines and get him treatment. But he could not be saved. My youngest child, Shubham, was just seven months old when he lost his father.” 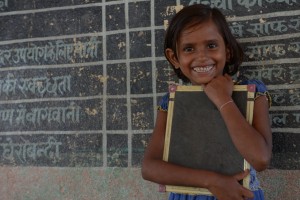 The enormity of the situation daunted her – how could she, alone, uneducated and with no means of income, run a family this large? “I struggled to get food for my children, provide them with clothes. There was no way I could afford to send them to school,” she says. She took to farm labour, weeding out the ground inch by inch to make money – a pittance at the end of the day. On the days she made no money, there was no food. She had to borrow money often to keep the home fires burning. 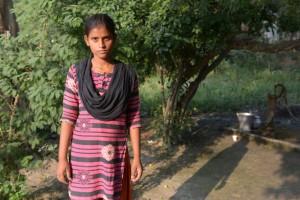 My three daughters had to drop out of school and my eldest, Geetanjali would care for the siblings when I went to work. Shubham was always weak because he didn’t have nutritious food – a doctor said my son had polio,” she remembers. At this point, all seemed completely hopeless. She had tried her best but fate seemed determined to thwart her at every turn.

Then a cow entered her life.

The cow that changed her fortunes 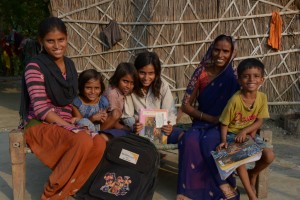 Nirmala with her family

Through the efforts of World Vision, Nirmala received a cow that could serve as a source of income. The organisation also arranged for her children’s education. But it was the cow that really turned Nirmala’s life around. “The cow has been a blessing in our lives. She gives milk twice a day – I sell most of it and keep the rest for my children. The milk is a good source of income for us, and I also still work in the fields. All the money that I make I set aside for my children. I was never able to buy milk for my children, but now they can have it every day. Even my son’s condition is improving because he can have milk and food every day,” she grins.

What she could not provide to her children is now being fulfilled by World Vision, she says. “I wished to buy bags and books for my children, but I was never able to. World Vision has done this for them, and also put a steady source of income my way. My life is changing gradually but now I am certain that I can provide good food, nice clothes and education to my children. I now believe that we can have a good life,” she says.

29 thoughts on “A cow that changed a family’s destiny”